Donald Trump blasts "loser shows" on Fox News: "In the old days, it was better for us" 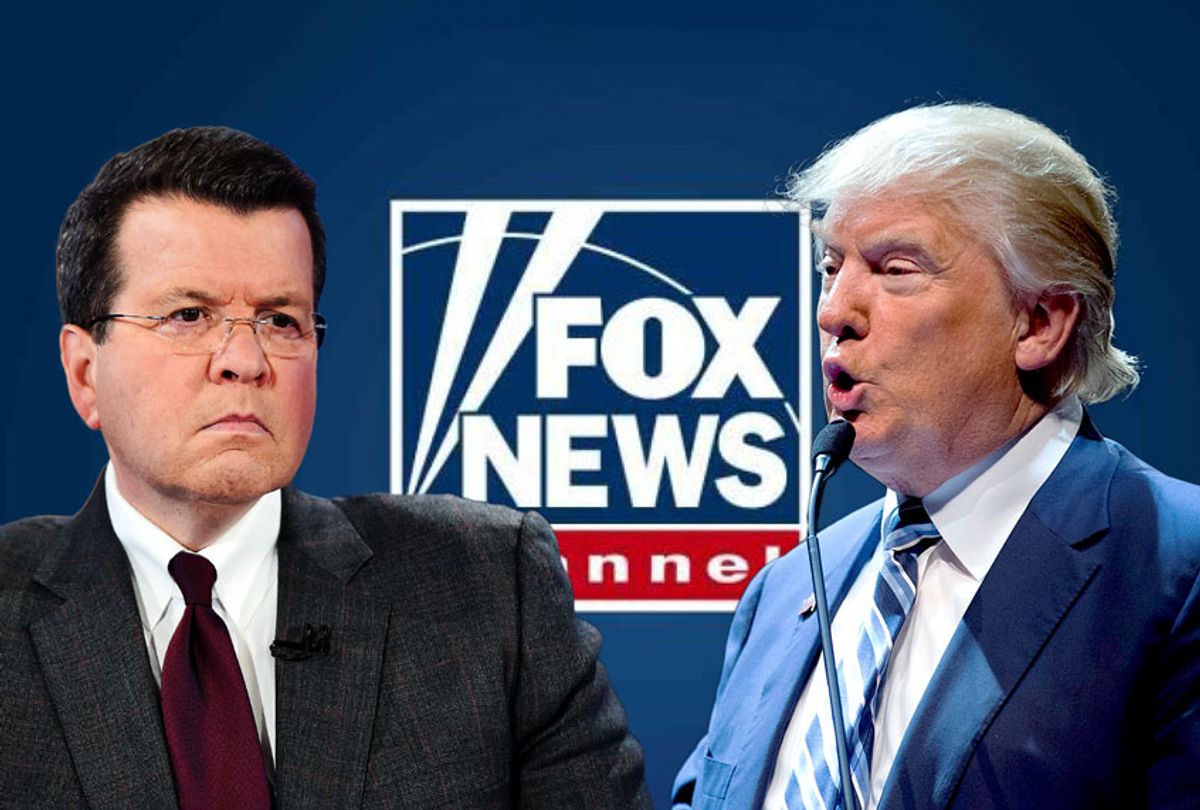 President Donald Trump blasted the "loser shows" on Fox News after a guest on the right-leaning network gave his performances in the 2016 debates abysmal reviews.

The president told the audience at his Thursday night rally in Colorado that Fox News programs which "like Trump" do better in the ratings than shows than those which do not. That list includes the shows hosted by: Sean Hannity, Laura Ingraham, Tucker Carlson, Lou Dobbs, Jesse Watters, Judge Jeanine Pirro and others.

Lamenting that "in the old days it was better for us," Trump then name-checked Neil Cavuto.

"They had this woman on Neil Cavuto who doesn't treat us good. Neil Cavuto — he's not too good," Trump said.

After indirectly referring to former Fox News host Shepard Smith, who Trump falsely claimed was fired after being "last in the ratings," the president asserted that Cavuto had "taken his place." (Smith reportedly asked to be released from a long-term contract.)

"And he put this woman on today, and she said Donald Trump didn't do well in the debates — and he won," the president continued. "Because she was referring to Mike Bloomberg, sometimes referred to as Mini-Mike. And I said, 'Wait a minute, I won every debate.' It's true."

Trump was referring to A. B. Stoddard, the RealClearPolitics associate editor who speculated that former New York City Mayor Michael Bloomberg could still be elected president despite a poor performance during Wednesday night's presidential debate.

"I think that Donald Trump had disastrous debate performances. Many answers were so cringe-worthy you just couldn't believe he was still standing on the stage, and he's president," Stoddard told Cavuto. "So I don't think debates kill off normal candidates who do not have a billionaire juggernaut machine."

Shortly after Stoddard's appearance, Trump lashed out at Fox News in a tweet.

"Could somebody at @foxnews please explain to Trump hater A.B. Stoddard (zero talent!) and  @TeamCavuto, that I won every one of my debates, from beginning to end," Trump wrote. "Check the polls taken immediately after the debates. The debates got me elected. Must be Fox Board Member Paul Ryan!"

Though Trump previously claimed to have won all of his 2016 debates, his assertion is inaccurate. Major post-debate polls taken after Trump's three debates with Democratic presidential nominee Hillary Clinton found that respondents believed Clinton won, with her victories ranging from five points to 40 points.

Trump has criticized Fox News in the past, particularly on occasions when they have released unfavorable polls about him or when they have hosted town halls for Democratic presidential candidates. Fox News host Bret Baier responded to this last year by saying, "OK. Well, Fox has not changed. We have a news side and an opinion side. The opinion folks express their opinions. We do polls. Our latest poll had the Democratic candidates head-to-head, several of them ahead of President Trump. And this poll tracks exactly what the Real Clear Politics average of polls — even a little the other way — and this poll matches what we are seeing out there."