From Harvey Weinstein to the new #MeToo movies, true justice still remains in the realm of fantasy

The prickly topic of harassment gets robust treatment in "The Assistant," starring Julia Garner 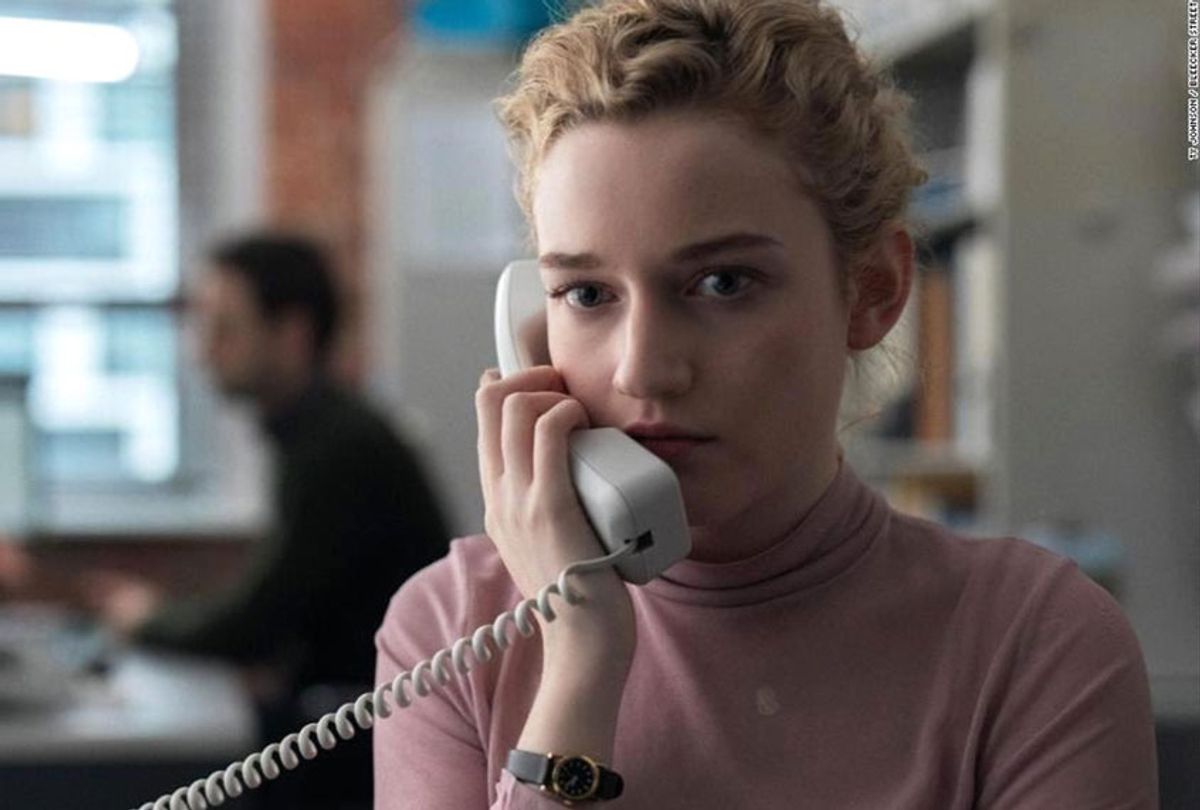 This story's plot doesn't have a happy ending. It's a path paved in cruelty and complicity, one that even the most vindicating of outcomes could not undo. But the verdict this past week in the trial of Harvey Weinstein offered many of us exactly the best we dared to expect — two convictions for sex crimes and three acquittals. A partial victory. A something that's better than nothing. Talk of "sending a message."

We've seen it again and again before — Fox News CEO and chairman Roger Ailes being forced into resigning for sexual harassment, and getting $40 million to ease the blow. His colleague Bill O'Reilly's accusers receiving a combined $13 million in their harassment suits — and O'Reilly getting a reported $25 million payout for his departure. Louis C.K. being dropped from production deals, currently on a "comeback" tour performing to sold-out audiences. A mere two and a half years after a deluge of rapid-fire revelations about abuse by powerful men ushered in a new age of accountability, the #MeToo movies have started arriving. Spoiler: The heroes and antiheroes are the women, and they never quite win. Just like in real life.

This particular cinematic wave started with last fall's "Bombshell," an A-list dramatization of what went down at Fox News in the waning days of Ailes' leering rule. Directed by "Austin Powers" and "Meet the Parents" helmer Jay Roach, the film cleverly punctuated its often grim story with cathartic laughter. It's a film that understands the complexity of power dynamics, and how joking about terrible things is sometimes the only bit of agency the oppressed have. The writers didn't need to make up Bill O'Reilly's famously surreal shower fantasy about "that falafel thing," it remains simultaneously hilarious and grotesque.

But the film didn't make light of the role of privilege in abuse — the film's most unnerving scene involves new hire Kayla (Margot Robie) being commanded by Ailes to lift her skirt higher and higher, as her face goes from a placating smile to genuine horror with every incremental test of her boundaries. As awful as the things Gretchen Carlson and Megyn Kelly endure are, they're not asked to do that particular dance, because they're higher on the food chain. Abuse is a trickle-down experience.

Writer and director Kitty Green's "The Assistant," which has been rolling out in selected cities this winter, explores that particular concept in greater detail. Set over the course of a single day in the life of Jane (Julia Garner), a recent college graduate working for a film executive, as she executes her mind numbing grunt work, endures the smirking bro vibes of her male office mates (their necks under various sets of boots as well) and slowly begins to understand the boss is up to some vary shady stuff.

She also soon learns that the idea of one person speaking up and changing the whole system is rarely how these things actually work. Remember when Andrea Constand said that Bill Cosby sexually assaulted her? In 2005? And when Cosby was found guilty of a crime? In 2018? After over 60 women came forward? Jane's stroll into the office of the HR manager ("Succession" star Matthew MacFadyen) in its most ambitiously hopeful interpretation may be the planting of a seed, but it sure as hell isn't the harvest. (This may explain the wild discrepancy between the film's critical response and its dismal audience score. On Fandango, viewers have called it "propaganda" and "preaching from the radical left." Gosh, you'd think it was "Captain Marvel"!)

"The problem is much bigger than any one person," Green said during a recent Build interview. She was inspired to make the film two years ago after "looking at a lot of the #MeToo coverage and being disappointed by the way people were focusing on the predators and less interested in broader systems and structures that were keeping women out of power."

"The Assistant," then, doesn't offer the kind of simple resolution that a traditional, one bad apple story could provide."Why did't anyone speak up?" Is the common defense of these guys. A film like "The Assistant" shows, they did and they do. And then what happened?

As a New York magazine feature last year on "The Toll of MeToo" made clear, truth tellers are often punished. They lose their jobs, they receive death threats, they're dragged through the mud in perpetuity, while their abusers face the harsh retribution of a golden parachute and an early retirement. At least in the recent "Birds of Prey," a comic book movie written and directed by women, the monster who asserts his dominance by making a vulnerable woman disrobe in from of a room full of strangers is hunted down by a group of weapons-brandishing, butt-kicking women. But how do you kick the butt of a global media corporation? How do punch victim-blaming in the face?

An at least partial answer may yet be found in writer and director Emerald Fennell's
upcoming "Promising Young Woman." After an unspecified (but we we can take a guess here) event throws her life off track in med school, Cassie (Carey Mulligan) devotes herself to prowling bars for the kind of nice guys who take a girl home and rape her and then never think of themselves as rapists, marking her adventures with a color-coded tally in her notebook. It's also, according to Mulligan, "really nostalgic and warm and sentimental in all the right ways, like a really great '90s rom-com." We'll have to wait till April to see if costar Bo Burham's affection can redeem our vengeance-bent antihero — but how's that for some turned tables?

Following the women's movement of the '60s and early '70s, feminism found an unlikely echo in the horror and thriller movies that followed. Gory rape vengeance flicks — directed by men, of course — like "I Spit on Your Grave," "Last House on the Left," "Lipstick," and "Ms. 45" were short on subtlety and absolutely sexualized their victims. But though they were a crude forerunner of the insidious villains and conflicted enablers of the recent cop of films about sexual exploitation and abuse, they did tap into a fury that hadn't been expressed before in movies.

That fury has not simmered down one iota, though it has over time evolved. Evolved into a need for women to tell their own stories of just how toxic the workplace can be, how abusive that shy guy buying you another round at the bar actually is. Thank God that there are times when those stories carry the grace of a well earned moment of laughter. "The most macabre things are the things we tend to laugh at," says "Promising Young Woman's" Fennell. But that doesn't make them easy. And it doesn't mean the bad guys aren't laughing too, all the way to the bank.