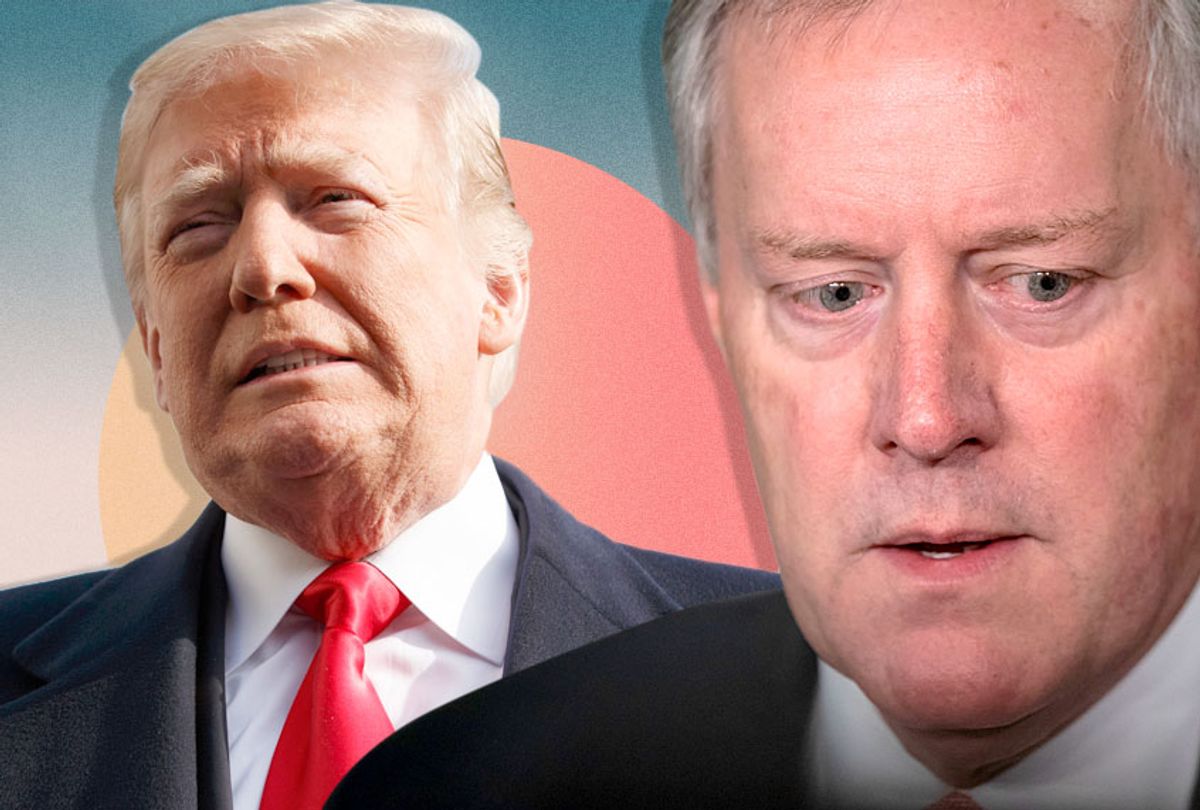 President Donald Trump announced yet another shake up to his team at the White House, revealing Friday evening that he has dispatched acting chief of staff Mick Mulvaney to Northern Ireland.

Mulvaney, who was appointed to the role in an acting capacity in December 2018, will be replaced by Rep. Mark Meadows, R-N.C. The GOP congressman was a staunch defender of the president during the impeachment process, arguing that the "real cover-up" in the Ukraine scandal was committed by Rep. Adam Schiff, D-Calif.

"I have long known and worked with Mark, and the relationship is a very good one," Trump said in a tweet Friday. "I want to thank Acting Chief Mick Mulvaney for having served the Administration so well. He will become the United States Special Envoy for Northern Ireland."

Meadows was reportedly considered for the role once before, though Trump ultimately hired Mulvaney. His office said it would be "an incredible honor" for the House Freedom Caucus leader to serve as Trump's new chief of staff back in 2018.

Mulvaney reportedly fell out of Trump's favor after he directly undercut the president's claim that there was "no quid pro quo" in his effort to pressure Ukraine to investigate his political opponents.

"Did he also mention to me in passing the corruption related to the DNC server? Absolutely. No question about that," Mulvaney said in an infamous October 2019 press conference. "But that's it, and that's why we held up the money."

Mulvaney first came to 1600 Pennsylvania Ave. as the director of the Office of Management and Budget in 2017. He was also a former congressman.

The chief of staff role has been a revolving door at Trump's White House, with Reince Priebus and John Kelly both serving in the role before Mulvaney. Trump has since rehired Priebus and former White House press secretary Sean Spicer almost three years after both men unceremoniously departed the West Wing. Both men have joined the President's Commission on White House Fellowships. As a part of the commission, the pair will interview and recommend to their former boss national finalists for appointments.

Trump's relationship with Kelly, meanwhile, remains on thin ice. Trump told Kelly to "keep his mouth shut" last month after the former chief of staff defended a military officer who testified against the president during the impeachment inquiry by saying that soldiers are taught to never follow an "illegal order."

Kelly, a retired four-star Marine general, stood up for Army Lt. Col. Alexander Vindman, who served on Trump's national security council until he was fired. Kelly argued that Trump effectively gave "an illegal order" when he solicited Ukrainian President Volodymyr Zelensky to investigate his political rivals, and Vindman acted appropriately by reporting it.

Igor Derysh and Matthew Rozsa contributed to this report.