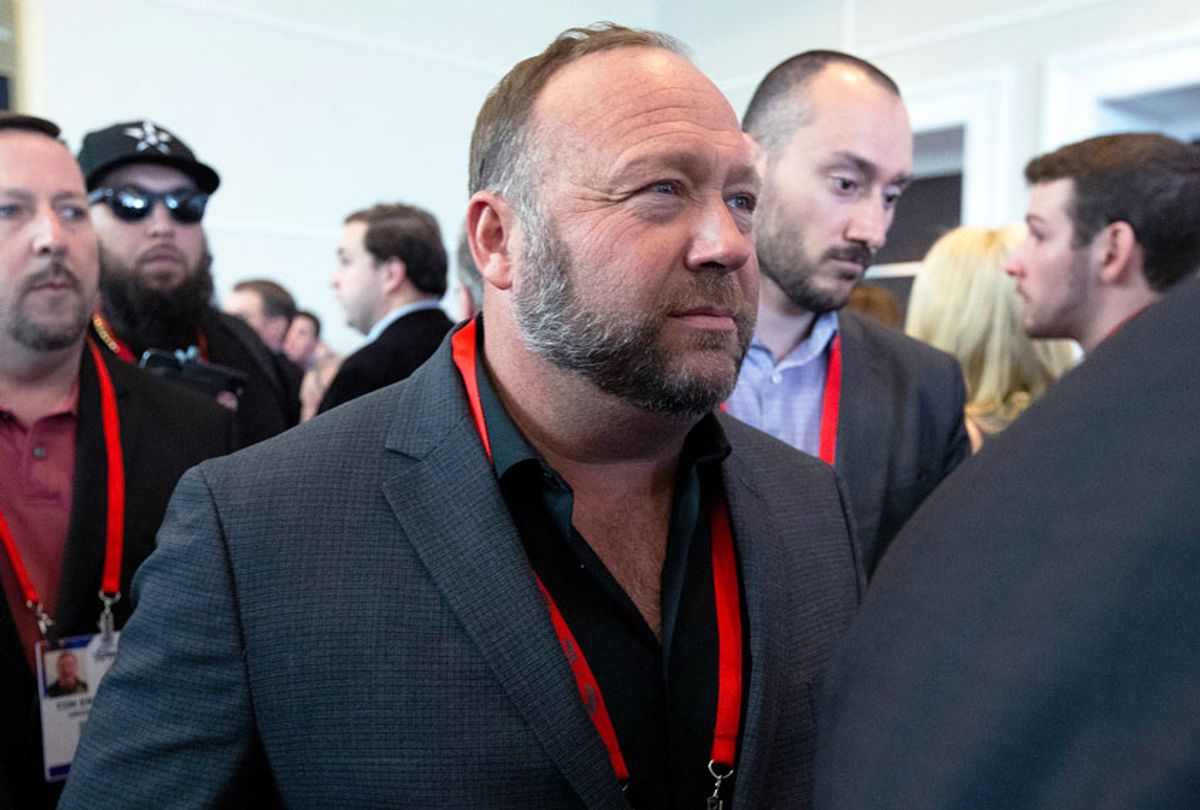 Lisa Landau, chief of the department's Health Care Bureau, wrote in the letter to Jones that the attorney general was "extremely concerned" about a recent episode of "The Alex Jones Show" where the conspiracy theorist sold products which he claimed would "cure or prevent the 2019 novel coronavirus, including DNA Force Plus supplements, Silversol products and Superblue toothpaste."

The letter points out that "both the Centers for Disease Control and Prevention ('CDC') and the World Health Organization ('WHO') have stated that there is no specific medicine to prevent or treat this disease. Therefore, any misrepresentation that the above-named products are effective at combatting [sic] and/or treating COVID-19 violates New York law."

The letter concludes by giving Jones ten days to confirm that he will stop marketing the misleading products.

James has issued three other cease-and-desist letters over the past few days regarding fake coronavirus products. One was directed to televangelist Jim Bakker, who was also selling a supposed cure for the coronavirus. (Bakker is also being sued by the state of Missouri over those claims.) James also sent letters to the Silver Edge Company and Sherrill Sellman for marketing products claiming to treat or cure COVID-19.

This is far from the first time that Jones has faced legal trouble. He was arrested Tuesday morning by the Travis County Sheriff's Office in Texas on a charge of driving while intoxicated. Jones denied that he was intoxicated, claiming that he had blown less than .08 on a breathalyzer. He insisted that "police sources" told him he was caught in a "countywide dragnet." He also said that he had only been "drinking a small amount of sake at a Japanese restaurant" and had been driving 45 mph in a 40 mph zone. A former InfoWars staffer also told The New York Times in 2016 that he recalled Jones allegedly driving while drinking from a paper cup that had "the smell of vodka, like paint thinner."

Jones has also been sued numerous times. The families of the Sandy Hook Elementary School shooting victims sued Jones for defamation for wrongly claiming that the massacre was a false flag operation orchestrated by supporters of gun control. Chobani, a Greek yogurt company, sued Jones for incorrectly claiming there was a connection between the sexual assault of a 5-year-old girl in Idaho by three refugees and the company's employment of more than 300 refugees at plants in Idaho and New York. Matt Furie, the creator of the comic character Pepe the Frog, sued Jones for selling a poster with the character on it. James Alefantis, the owner of Comet Ping Pong, sued Jones for promoting the Pizzagate conspiracy theory, which incorrectly claimed that a satanic pedophile ring operated from his restaurant. Activist Brennan Gilmore sued Jones for making defamatory comments about him after Gilmore filmed a car hitting anti-racism protesters at the 2017 Unite the Right rally in Charlottesville, Va.