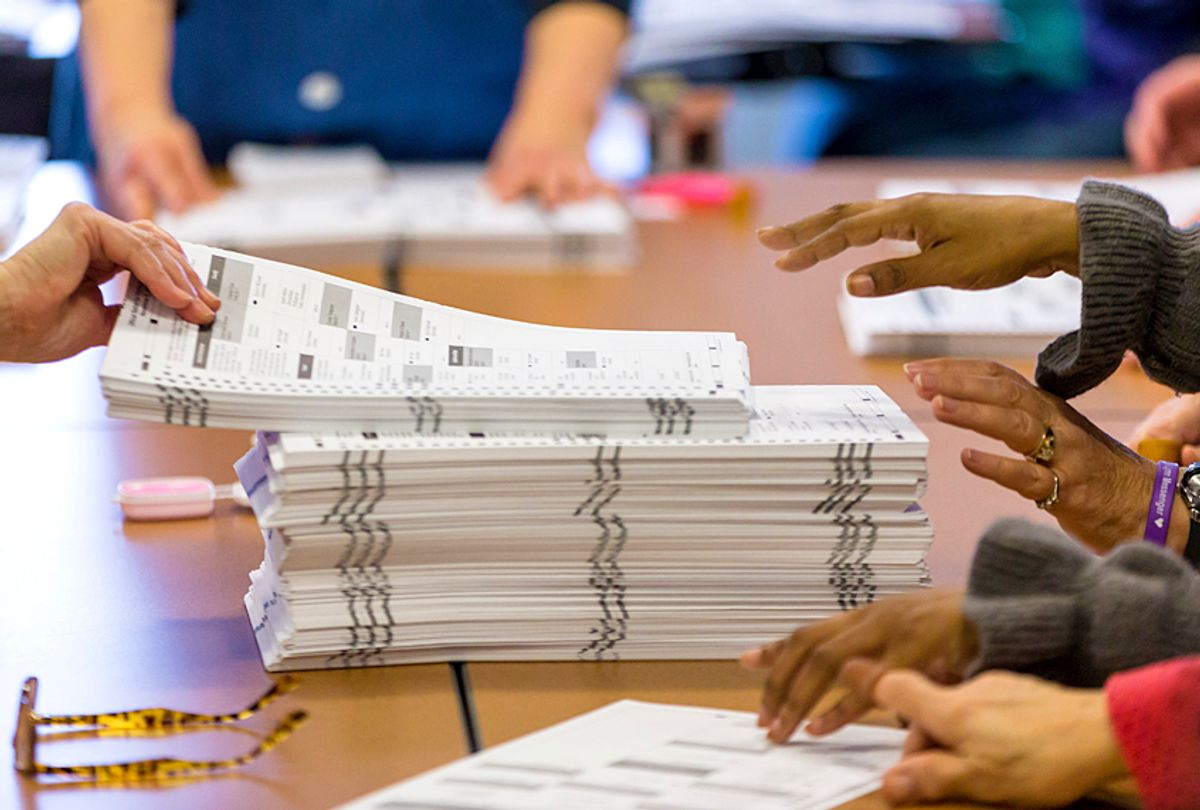 A Texas judge said on Wednesday that all voters afraid of contracting the coronavirus should be allowed to cast absentee ballots in the coming election. Republicans immediately vowed to fight the ruling.

Travis County Judge Tim Sulak announced on Wednesday that he would issue a temporary injunction that would allow voters who are concerned about becoming infected through in-person voting to qualify for mail ballots under the disability clause in the state's election law, according to The Dallas Morning News.

The ruling came in response to a lawsuit filed by the state's Democratic Party and voting rights groups seeking an order requiring the state to allow all voters to cast mail ballots. Currently, only people over 65, the disabled, travelers outside the country and those who are in jail but have not been convicted are allowed to vote using absentee ballots.

"Today is a victory for all Texans. The right to vote is central to our democracy," state party chairman Gilberto Hinojosa said in a statement. "Voters should not have to choose between their lives or their right to vote."

But Texas Attorney General Ken Paxton, a Republican, vowed to appeal the ruling, arguing that mail voting could lead to fraud. Many states rely heavily on mail-in ballots and have had no significant issues with voter fraud. Five states already plan to run all-mail elections this year, and 28 other states allow voters to request a mail ballot for any reason. The Brennan Center for Justice found that the threat of voter fraud is "infinitesimally small."

Paxton argued that the court "ignored the plain text of the Texas election code to allow perfectly healthy voters to take advantage of special protections made available to Texans with actual illness or disabilities."

"This unlawful expansion of mail-in voting will only serve to undermine the security and integrity of our elections and to facilitate fraud," Paxton said, pushing a debunked claim. "Mail ballots based on disability are specifically reserved for those who are legitimately ill and cannot vote in-person without needing assistance or jeopardizing their health... My office will continue to defend Texas's election laws to ensure that our elections are fair and our democratic process is lawfully maintained."

"To the extent that third parties advise voters to apply for a mail-in ballot based solely on fear of contracting Covid-19, such activity could subject those third parties to criminal sanctions," Paxton's office said in an advisory. "However, whether specific activity constitutes an offense under these provisions will depend upon the facts and circumstances of each individual case."

Paxton's claims about voter fraud echoed those made by President Trump, who has argued with no evidence that Democrats use mail ballots to "cheat" even though the only recent case of systemic mail ballot fraud was orchestrated by a North Carolina Republican operative who was quickly prosecuted as the state held a re-do election.

Trump's comments came in defense of Wisconsin Republicans, who refused to allow an all-mail election and held an in-person primary earlier this month. Milwaukee, where the number of voting locations was slashed from 180 to five due to massive staff shortages, saw turnout plummet as voters were forced to endure hours-long lines.

Anthony Gutierrez, the head of the watchdog group Common Cause, added that Paxton's threat to bring charges against voting rights groups put voters at risk.

"Threatening to prosecute Texans who simply want to vote without endangering themselves, their families or their neighbors is just cruel," he told the Dallas Morning News. "Everyone who works on voting rights or elections in Texas, including the secretary of state, has said this is a piece of law that is not clear, hence the litigation, and the judge made what we believe is the right call today."