"We kind of reframed this entire association," LaPierre said in a leaked recording. "We took it down to the studs" 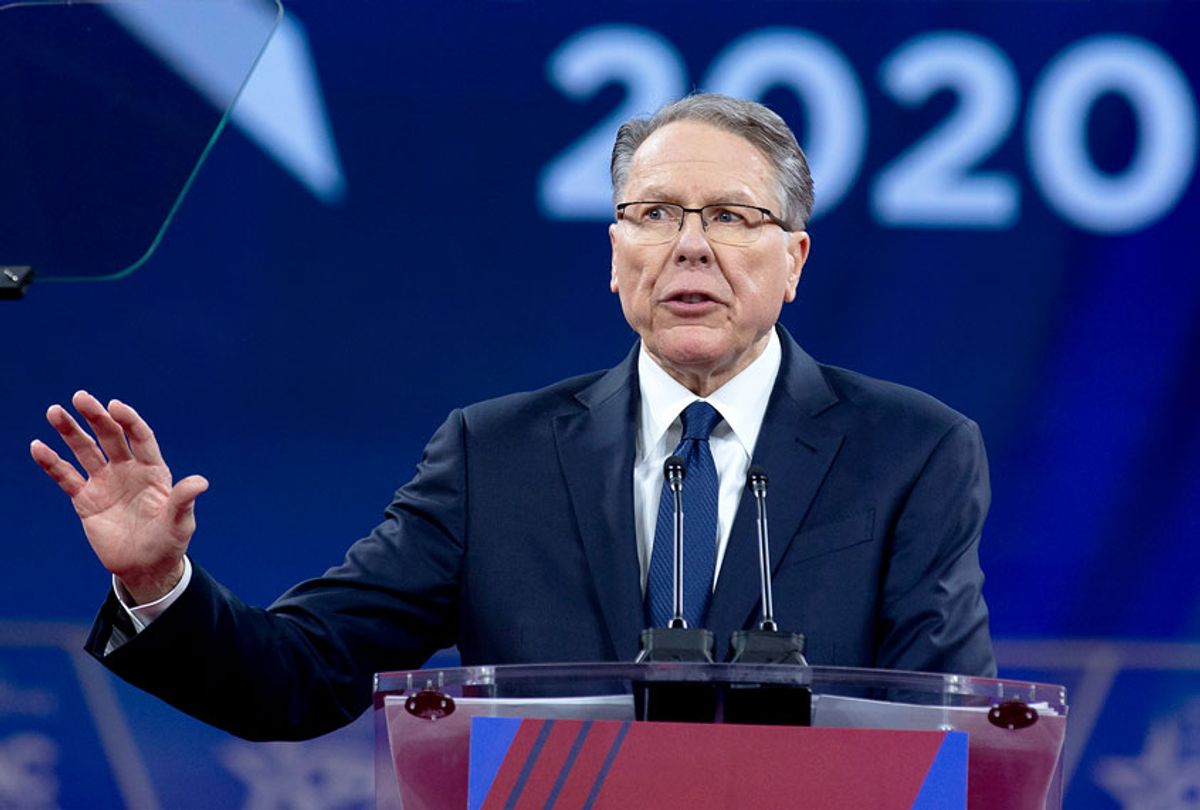 The National Rifle Association was forced to drastically cut its budget after legal battles cost the group $100 million, according to a recording of an NRA board meeting obtained by NPR.

NRA CEO Wayne LaPierre lamented at the January meeting that investigations into the organization launched by attorneys general in New York and Washington had bled finances. He decried the "power of weaponized government."

"The cost that we bore was probably about a $100 million hit in lost revenue and real cost to this association in 2018 and 2019," LaPierre said in the recording. "I mean, that's huge."

LaPierre told board members that the group was forced to cut $80 million from its budget to "survive."

The attorneys general in New York and Washington are investigating the group's finances, as well as its nonprofit status. The NRA has also been locked in a years-long legal battle with its longtime public relations firm, which accused LaPierre of mismanaging the group's money and spending millions on lavish travel, clothing and even his search for a personal mansion.

Former NRA President Oliver North was forced to step down after staging a failed coup against LaPierre over the mismanagement allegations. Former top lobbyist Chris Cox was also forced out amid a mass exodus of board members.

LaPierre said at the January meeting that the group was forced to dismantle parts of its operation in order to stay afloat.

"What we did in order to survive and adjust is we took in 2019 and 2020 . . . about $80 million in real costs out of the NRA budget," he said in the recording. "I mean, we kinda reframed this entire association. We took it down to the studs."

The NRA and its affiliates brought in about $412 million in 2018, the most recent year for which public data is available. However, it spent even more than that amount.

LaPierre said in the recording that the group's membership level was still "right around 5 million." He warned that "we're not out of the woods yet," because "we still gotta wrestle with this financial situation."

The NRA chief also lashed out at the prosecutors leading the investigations.

"I've never seen anything like that in the United States of America, to tell you the truth. I mean, that is Cuba, that is communist China, that is Venezuela, it's Russia," he said. It's every other country we look at, and we say, 'Thank God we don't live there.'"

But some NRA members have criticized LaPierre for getting the organization into its current situation in the first place.

"The repeated statement from LaPierre about the $100 million cost to the NRA should have come with an apology for having manifested the situation," NRA member Ron Carter, who is also the vice president of the gun-rights group Save the Second, told NPR. "The lack of accountability is troubling for many members."

The newly released recording also undercuts LaPierre's claims to NRA employees in March, which blamed the new coronavirus for forcing the group to drastically cut salaries and lay off workers. The recording reveals that the group was already facing dire financial straits in January, though the outbreak compounded the problem as numerous events were canceled.

The financial crunch threatens the NRA's influence in Washington and state legislatures. The group spent a record $32 million to help elect President Donald Trump in 2016 but saw expenditures plummet in 2018 as its finances took a hit.

"We guess the @NRA won't have an extra $30 million laying around to help Donald Trump this time around," quipped a Democratic National Committee spokesperson.

Shannon Watts, the founder of Moms Demand Action for Gun Sense in America, vowed to spend twice what the NRA spent to help Trump to elect lawmakers who support gun control measures in 2020.

"I offer NRA leaders my thoughts and prayers," she said, "as our organization prepares to outspend and outwork them yet again this election season."