John Logan's return to the "Penny Dreadful" universe shows many sides of Natalie Dormer, but veers off the map 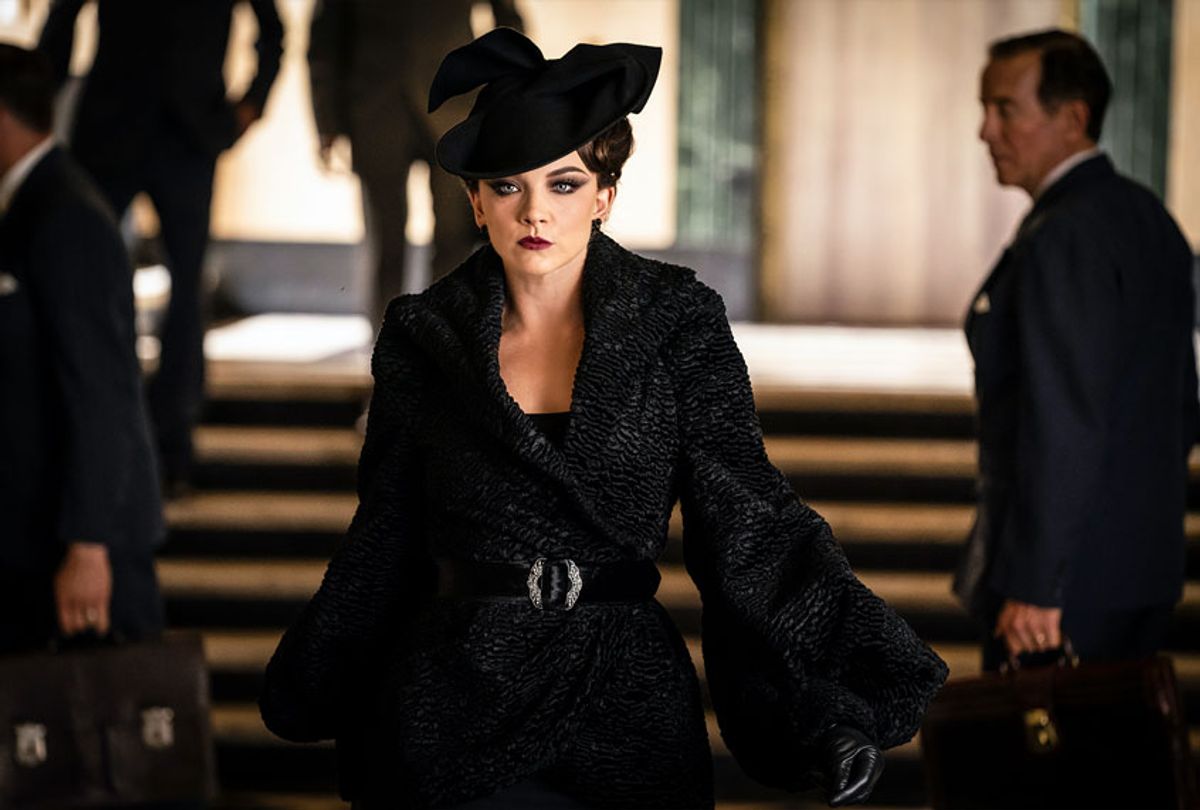 "Penny Dreadful: City of Angels" creator John Logan has a masterful understanding of creating a look, that much is sure. The production's recreation of 1938 Los Angeles is a gorgeous vision, from the curvaceous autos to the Hollywood Regency-style arches and curves in the corners of its finest room.

Its sunny palette captures the essence of Hollywood's Golden Age, and overall the cast and the score are meant to recall the version of West Coast noir Curtis Hanson modernized with "L.A. Confidential."

Style is this Showtime series' strongest point, but it can only work its magic to a certain point. Beyond that threshold "City of Angels" is mostly an excellent, well-meaning concept that doesn't quite live up to the grandeur of its intent.

As the title implies, this new chapter spins off the "Penny Dreadful" brand by leaping nearly 50 years forward after the events of the original, moving the heart of the action from Victorian England to early 20th century California and, conversely, putting aside the familiar character of Gothic fiction to terrify viewers with a very real evil marching all around us: white supremacy, in broad, structural terms; Nazis, more concretely.

Since the "Penny Dreadful" brand traffics in the supernatural, Logan creates an embodiment of evil incarnate in the form of Natalie Dormer's Magda, a shapeshifting being who pops up in multiple roles and guises throughout the series to act as a whispering influence for the dark side.

Her character is a tremendous idea, and Dormer has fun jumping into the skins of various characters, including a sexy German émigré playing the damsel in distress, and a frumpy office assistant to a corrupt city councilman. And Magda in large part is playing for the white nationalist team, cozying up to a pediatrician (original "Penny Dreadful" regular Rory Kinnear) who also is the head of the German-American Bund, and working in league with a German architect (Thomas Kretschmann) who has Hitler on speed dial.

On the other side, and quite outmatched, is the Chicano community of Los Angeles, at the heart of which lives The Vega Family: hothead kid brother Mateo (Johnathan Nieves), youngest sister Josephina (Jessica Garza), union leader and rabble rouser Raul (Adam Rodriguez) and second-eldest Tiago (Daniel Zovatto). Their mother Maria (Adriana Barraza) holds the family together, and more than this, serves as the gatekeeper between her people and the spirit world, with a special access to Santa Muerte (Lorenza Izzo), the Angel of Holy Death.

Santa Muerte is a disowned saint in the Catholic Church, but she still has devotees who entreat her mercy and intervention even though, as this incarnation reminds her bruja Maria, she has no heart for the living, only caring for the dead. And what this means is that Dormer shows up a lot more, in many more ways and speaking in a variety of accents (some work better than others), than Izzo does.

But it also requires "City of Angels" to layer in more substance through its non-supernatural elements than its monsters can offer, and that part doesn't adequately show in within the first four episodes.

As Tiago, Zovatto is one of drama's main co-stars, cast the first Chicano detective in the Los Angeles Police Department and partnered with Nathan Lane's Lewis Michener, a Jewish detective who moonlights as a Nazi hunter. Handy, because Los Angeles is lousy with Gestapo-adjacent miscreants!

Logan envisions "City of Angels" as a 1930s-era piece that tells the story of today, hammering that nail in moments like when Kinnear's genial Nazi implores his fellow Americans to refrain from joining the battle against the Third Reich with, "I say America first. America always. Peace above all!"

The story's tight shot on a simmering race riot between the Hispanic community and the cops, who are somewhat unwittingly doing the bidding of the Reich and evil itself by extension, grows out of a piece of civil engineering Logan says turned into de facto social engineering.

The construction of Arroyo Seco freeway, better known as the 110, sets in motion the series' arc pitting brown people against white. In building the highway, Logan observed that the highway's construction transformed a town of roads that should have better facilitated an exchange of cultures, information and resources into a socially and financially-segregated city that created what Logan calls "quarantine zones for ethnic minorities."

"To suggest the scope of this, one only needs to visit Cesar Chavez Avenue now," he observed in a January press conference hosted by the Television Critics Association.  "And if you live on Cesar Chavez Avenue and you want to walk to Los Angeles County General Hospital, less than half a mile away, you have to cross 41 lanes of freeway."

A compelling idea, as I said. Regardless, aside from what Dormer brings to the mix, the journey down the various roads emerging from that concept kernel feels less satisfying than it should.

Muddying up the works in the first act is a quadruple murder dressed in occult garb that puts Tiago and Lewis on a path that leads them through a local evangelical organization, the heart of which is a radio show hosted by the angelic and blonde Sister Molly (Kerry Bishé), who may or may not be an agent of darkness — although her mother (Amy Madigan) definitely is.

Logan obviously means to highlight the creeping, racist malevolence of the Christian right, but Sister Molly's role as a tragic love object overshadows this message — and it's also so very typical.

Television isn't lacking for stories about Nazis and Nazi-hunters. Two such shows, "The Man in the High Castle" and "Hunters," are both on Amazon. What is could use more of is a sort of examination of evil that rings true while offering some version of if not escapism, then departure at least.

The original "Penny Dreadful" provided that in tremendous style while making the most of Eva Green's polished versatility. "City of Angels" does something similar to Green but by the very nature of the story relegates her to the edges of a jumble of plotlines that don't quite make sense, does few favors for the rest of its cast, and manages to work in a gratuitous sexual assault along the way.

Dreadfuls, the name fans of the original series claim for themselves, should expect better and yet I suspect they'll be willing to forgive the sins of "City of Angels" for the opportunity to drink in its good looks. Like Santa Muerte says in reply to Madre Vega's pleas for intervention, this series has no heart. But the saint herself is magnificently draped in lace and silk, a golden crown atop her head.

Behold the spectacle, then, and let that be enough. To expect anything else it to cast a prayer into the void. Maybe something will answer, but what it says might not fulfill you.

"Penny Dreadful" premieres Sunday, April 26 at 10 p.m. on Showtime, with the premiere currently streaming for free on YouTube and SHO.com.