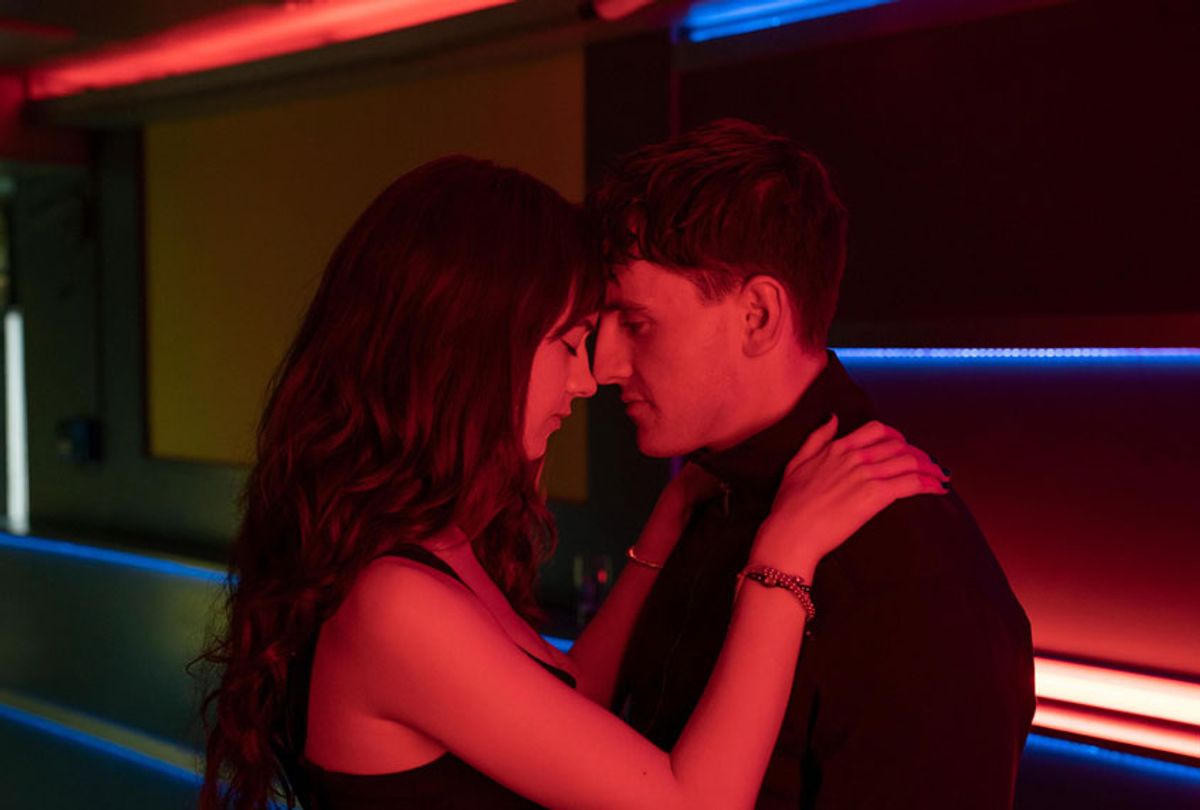 It would be easy, I suppose, to characterize Hulu's "Normal People" as a sort of prestige-cloaked drama that leads with its eroticism. For the presumed millions of people aching for human contact as we enter week whatever-it-is of self-isolation, that may be all the persuasion needed to tune in.

However, this underplays the roiling combination of languid feeling and artful lust its stars Daisy Edgar-Jones and Paul Mescal pour into their portrayals of Irish teens Marianne and Connell, two people magnetically pulled toward one another over the course of several years and reversals.

"Normal People" revolves around adolescent love, but push any expectations of feel-good romance out of your head immediately. Cinema and TV have plenty of other tales that scratch that itch, but this 12-episode co-production between Hulu and BBC Three never enters that territory, refuses to even flirt with it.

Besides, those stories are modern fairy tales that tend to sell some unrealistic folderol that teenage boys and girls have some hidden wellspring of self-knowledge and confidence waiting to be tapped by a surge of affection for the right person.

In reality we're all some variety of dolt at that age, given over to concerns about subjects and people that barely merit a stitch in the large fabric of life and yet can tie us up in knots for years. This is at the root of the tragedy that is Marianne and Connell's on-and-off-again affair, a gnarled thing that blossoms and fades over and over, made consistently engaging under the direction of Lenny Abrahamson and Hettie Macdonald.

Different as this approach is, "Normal People" is still a teenage love story, only one that trades sunnier lighting and rosy filters for a hard, silver veneer and the cloaking dim of bedroom privacy. A soundtrack festooned with adolescent heartbreak anthems such as "Love Will Tear Us Apart" should serve as a sufficient reminder of this.

We first meet Marianne and Connell in the 2010s as classmates at a secondary school in County Sligo, Ireland. Connell is a popular rugby player surrounded by roughhousing friends. The intellectual Marianne comes from a well-to-do family that is cold and loveless, and comes to know Connell outside of school because his mother Lorraine (Sarah Greene) cleans house for Marianne's mother Denise (Aislín McGuckin). Drawn as Connell is to Marianne, she's a pariah at school, ridiculed as ugly (which she isn't) and unworthy of love, which she responds to with remarks that cut more deeply.

The pair begins to hang out in secret, and their meetings soon evolve into electric, cheek-flushing sex sessions from which the camera does not flinch. Abrahamson, best known for his Oscar-nominated work on 2015's "Room," helms the first six episodes and lends the same compassionate intimacy to Marianne and Connell's love scenes, probably the most defining quality of "Normal People" next to the casual pain inflicted on its characters by life and each other. The difference is in the way the directors and cinematographers Kate McCullough and Suzie Lavelle transform their shared lovemaking in a storytelling necessity.

Not an inch of modesty is present in these scenes, but as explicitly as Edgar-Jones and Mescal's skin-on-skin performances are, never do they come across exploitative. Instead, their interludes establish the marrow-deep bond between Marianne and Connell when they first come together – particularly in Episode 2, which is memorably weighted with sensuality – and are designed to make what happens later hit all the more painfully.

When they're in bed together they find the true selves, separately and together, a fact unspoken but witnessed in the way they surrender completely into each other. If the heated intimacy of these scenes elicits a slight discomfort while watching, chalk it up to the natural somatic reaction of spying on a private moment meant only for these two people who somehow found and keep finding each other.

This makes the loss and missed chances with one another arriving later, and illustrated in Macdonald's directing portion, feel even more acute. Any doubt of this can be dispelled simply by contrasting Marianne and Connell's love scenes with the shots of the rough, careless sex they endure with other people, some of them seen as memory flares in fleeting smash cuts, other as close studies of anguish or dissatisfaction.

For as popular as Connell is in high school – and as cowardly as he behaves when it comes to sticking up for Marianne, to whom he professes his love while insisting they keep their affair a secret – the tables are turned after the pair go their separate ways, only to come together again in Dublin, where both attend Trinity College.

In this new social country Marianne is the woman strangers flock to while Connell finds the social status that came so easily before now eludes him. Despite her newfound favor among people meeting her for the first time, though, Marianne remains haunted by low self-worth. "Don't know what's wrong with me," she murmurs to him in one of their private moments. "Don't know why I can't make people love me," she adds, even though its obvious he madly loves her.

Connell, meanwhile, struggles with loneliness and depression, and sees for the first time how much tougher the world can be to people who aren't born into money. Then again, Marianne's family is proof that having money doesn't lead to happiness. And Macdonald, a TV veteran who among other works, directed Starz's "Howard's End" adaptation, chooses wider frames and places the camera slightly removed from the action in scenes of heightened emotion as if to demonstrate the world's realities encroaching not merely on this relationships but on their youth itself.

"Normal People" is an adaptation of Sally Rooney's 2018 novel, and as with any story like this one there are probably layers of richness in the book that may not effectively translate to the screen. Any film or TV series adaption of a novel automatically comes with a filter that may make the experience of the story differ between those who have read the source work and those who haven't.

I am among those who haven't read the book, which means I can't necessarily tell you how faithful this adaptation is. Presumably it hits all the right emotional touchstones given that Rooney wrote the scripts along with Mark O'Rowe and Alice Birch, and shares a co-writing credit on those first six episodes.

Considering how elegantly the silence speaks in these episodes, and how expertly its stars use the airy, dialogue-free moments to allow their expressiveness to say aloud what their characters can't or more often refuse to, I doubt many will care about the production's fealty to the page.

More striking is the series' steady, unhurried pacing and its willingness to examine the weight of memory and regret. The series' insistent quietude either seduces you immediately or leaves one cold; Hulu has dropped the entire season in one swoop, enabling you to figure out which more or less immediately. However, given each episode's modest 30 minutes or less runtime, asking to take in "Normal People" sip by sip isn't unreasonable.

This is a story about maturing into adulthood, after all, an inevitability that can be as breathtaking as it is heartbreaking, and rife with mourning over what we lose as we grow. This process takes its own time, as should we.

All 12 episodes of "Normal People" are currently streaming on Hulu.