After months of dimming, Betelgeuse is bright again. Here’s why

One of the brightest stars in the sky, Betelgeuse nearly disappeared. Astronomers explain why it came back 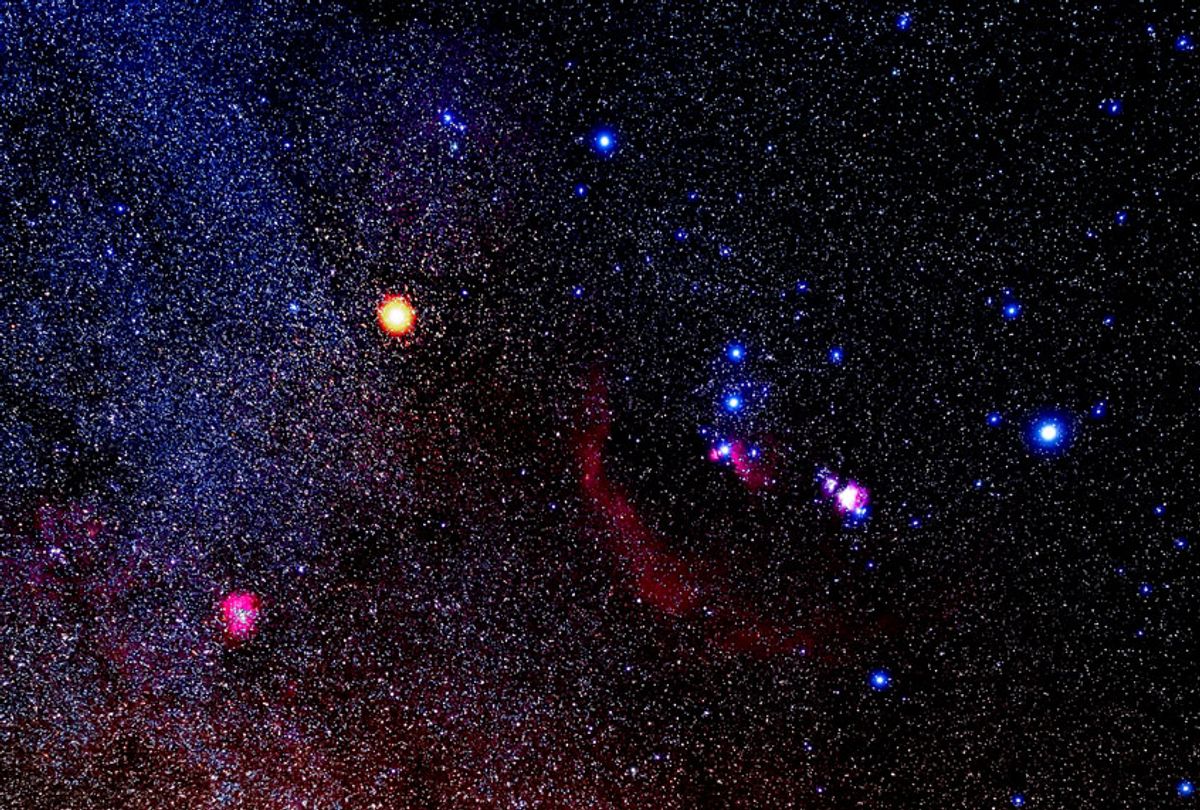 The bright night star Betelgeuse, which forms the right shoulder of the constellation Orion, may be just as erratic as Beetlejuice — except you don't have to say the star's name three times for the red supergiant star to appear. Rather, astronomers speculate the strange variable light pattern has more to do with its atmosphere than with magic.

Even astronomy newbies have likely heard of Betelgeuse, as it is one of brightest stars that we can see from Earth. It is especially visible from the Northern Hemisphere during the winter months, when it can be seen with the naked eye.

Betelgeuse's strange, periodic dimming has puzzled stargazers for thousands of years, but made headlines over the last year when it started to dim dramatically in October 2019. Within the span of several months, Betelgeuse's brightness decreased by 40 percent; in cities with much light pollution, Orion's shoulder appeared to disappear entirely. The dramatic dimming fueled speculation that the red supergiant was due to go supernova — which, if it did occur, would mark one of the most dramatic naked-eye astronomy events that humans would likely ever witness.

Then, in February 2020, right as the coronavirus pandemic took hold in the U.S., reports surfaced that Betelgeuse was regaining its lost luster. What could account for the star's strange behavior?

According to a paper published in the Astrophysical Journal Letters, the great dimming of 2019-2020 is likely a result of two competing ideas that don't have to do with an imminent supernova explosion.

Graham M. Harper, an astrophysicist and senior research associate at the University of Colorado-Boulder's Center for Astrophysics & Space Astronomy (CASA), told Salon he was not surprised that Betelgeuse has begun to brighten again. Harper, who co-authored the aforementioned paper in the Astrophysical Journal Letters, said it was "business as usual."

"There are two competing ideas for the cause of the dimming of the massive red supergiant Betelgeuse," Harper said in an email. "First, a large convection cell appeared on the surface (or an existing one cooled down) and this leads to the formation of a molecule called titanium oxide which absorbs light at visible wavelengths," he continued. "By absorbing light the star appears to dim. Second, astrophysical dust might have entered the line of sight to the star and that is absorbing the starlight, causing it to dim" from our perspective, he said.

Harper added: "It is also possible that a cool convection cell is associated with the appearance of dust, in which case both are responsible."

Avi Loeb, chair of Harvard's astronomy department, told Salon via email the dimming was "most likely due to a cloud of dust from ejected matter obscuring our view of the star."

"Convection brings bubbles of hot rarefied matter to its surface, from where it cools and sinks again," Loeb said. He added that the "gradual return to its normal brightness" is most likely because "the cloud went away from our sightline."

"The situation is similar to the Sun dimming temporarily due to the passage of a cloud in front of it in the sky," Loeb explained.

Harper said the irregularity in dimming and brightening within different time periods are likely caused by the interaction of stellar pulsation and convective motions in its outer envelope.

"No dust is required," he said.

"The dimmest on record," Harper said. "So when it brightened again it was business as usual; this would follow from the convection cell idea."

Harper believes it is likely we will see this behavior again, and also noted that it is possible that the red giant exhibited similar behavior in the past, before modern astronomical technology existed, and humans merely didn't record it.

"Betelgeuse has only been observed regularly, on and off, for about 150 years," Harper said. He noted that "Betelgeuse is near the Sun in the sky" in the summer, during which "it cannot be observed from Earth. "It might have dimmed during one northern hemisphere summer, and no one spotted it," he added.

Size-wise, Betelgeuse is a monster star. It is about 1,000 times the size of our sun, according to NASA. Eventually, as is the case with all red supergiant stars in our universe, Betelgeuse will cease fusion and explode. Astronomers predict this will happen within the next 100,000 years, and will put on quite a show on Earth. It will also cause a change in the Orion constellation, as his right shoulder will disappear. Due to Betelgeuse's vast distance from Earth, such an explosion is unlikely to create some sort of apocalyptic Armageddon event here on Earth.

Loeb agreed that while Betelgeuse's variable dimming behavior is predicted by theory, the way it plays out has been unique.

"Like humans, every star is special if you study it in enough detail," Loeb. "In my experience, the only people that appear normal to me are those that I do not know very well."