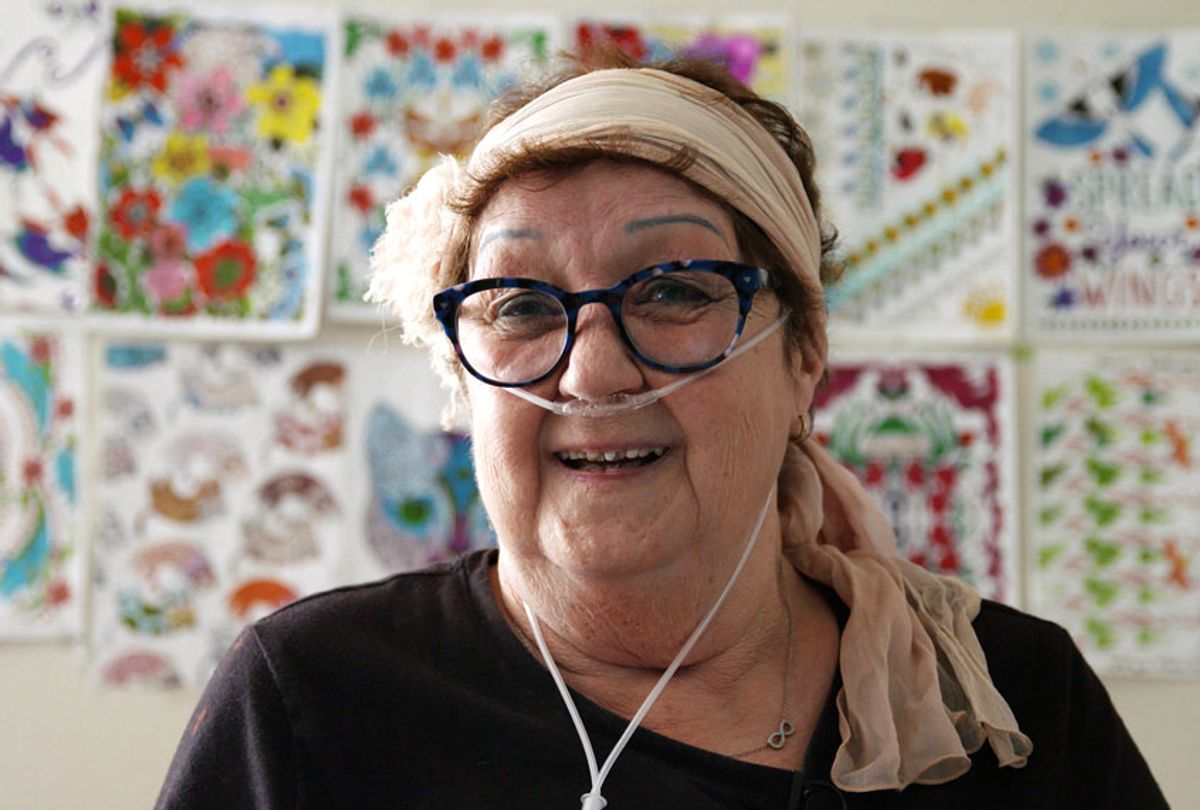 Norma McCorvey — better known as the plaintiff "Jane Roe" from the landmark 1973 Supreme Court ruling legalizing abortion – who then later famously converted and became outspoken against abortion, has admitted that her about-face was a lie. It was all an act that was orchestrated and paid for by the anti-abortion movement.

In FX's first documentary "AKA Jane Roe," which premieres on Friday, May 22, McCorvey tells filmmaker Nick Sweeney in a shocking "deathbed confession" filmed before her death in 2017, about her deception.

The documentary digs into the life of one of the most complex and impactful women of the 20th century, and in the last 20 minutes of the film, Sweeney asks McCorvey: "Did [the evangelicals] use you as a trophy?"

"Do you think you would say that you used them?"

"I think it was a mutual thing," McCorvey says. "I took their money, and they took me out in front of the cameras and told me what to say. That's what I'd say."

In a phone interview with Salon, the "AKA Jane Roe" director expressed his shock and surprise at McCorvey's confession in that scene.

"Honestly, I did not think that the film would go in the direction that it went," Sweeney said. "The things that Norma would say to me really, I just never thought that she would be saying. I did set out to try to understand all the complexities of her life — who she was and what she believed — but I just never thought she would admit these things.

"Whenever we were together, Norma was determined to film all the time and whenever I was not there, she would want to know when I was coming back to film," he continued. "She liked being able to share her story and be her unvarnished self. And I think knowing she was running out time, it was a motivating factor for her."

The film examines how McCorvey became "Jane Roe" after she failed to receive access to a safe and legal abortion in the state of Texas. She was young and homeless with a history of being the victim of physical and sexual abuse. She claimed her pregnancy was a result of being raped and had offered her voice for the legal case for abortion, which led to the passage of Roe v. Wade, legalizing abortions in all 50 states.

A decade later, McCorvey shed the pseudonym of "Jane Roe" and began working a circuit of protests and media events centered around abortion access and women's health issues. But, as Sweeney's film lays out, after McCorvey revealed in an interview in the 1980s that she had lied about being raped during the Roe v. Wade hearings, the pro-choice community turned away from using Norma as a vocal, public proponent of abortion access.

This left McCorvey adrift, and ultimately in the mid-'90s, she converted to Roman Catholicism and — with the aid of leaders from the evangelical Christian right, including Operation Rescue leaders Reverends "Flip" Benham and Rob Schneck — she renounced her background as an abortion access activist, as well as her relationship with her longtime girlfriend, Connie Gonzalez.

This dramatic shift in purported values is what drew Sweeney to profiling McCorvey in the final years of her life, but he did not expect such a dramatic revelation from his subject.

As a result of that confession, Sweeney went on to find documents showing at least $456,911 in "benevolent gifts" from the anti-abortion movement to McCorvey. As Schneck put it, "At a few points, she was actually on the payroll, as it were," while Benham staunchly denies that she was paid in any formal capacity.

Schneck has undergone a conversion of his own, in a way. He still identifies as a Christian, but wishes to undo the damage he inflicted on women through his work with Operation Rescue.

"I used to think that Roe v. Wade would never be overturned," he said. "I think Roe v. Wade could be overturned now. And I think the result of that would be chaos and pain. And to impose that kind of crisis on a woman is unthinkable."

Per Sweeney, Benham is still an outspoken member of the anti-choice movement. He still pickets and protests outside of clinics at least five days a week.

As for McCorvey's legacy, Sweeney observed, "I think that on all sides of the debate, people wanted to say they knew who Norma McCorvey is or was. And they don't. We wanted Norma to — as a society — wanted her to fit with who we want Jane Roe to be."

In the closing minutes of the film, McCorvey shares her final thoughts on abortion: "If a young woman wants to have an abortion — fine. That's no skin off my ass. You know, that's why they call it 'choice.' It's your choice."

Check back on Friday, May 22 for Salon's full interview with Sweeney about making "AKA Jane Roe," including how he gained McCorvey's trust. The film will premiere at 9 p.m. that night on FX and next day on Hulu.