Rep. Phil Roe, R-Tenn., made more than 600 trades worth up to $18.4 million before the stock market plunged 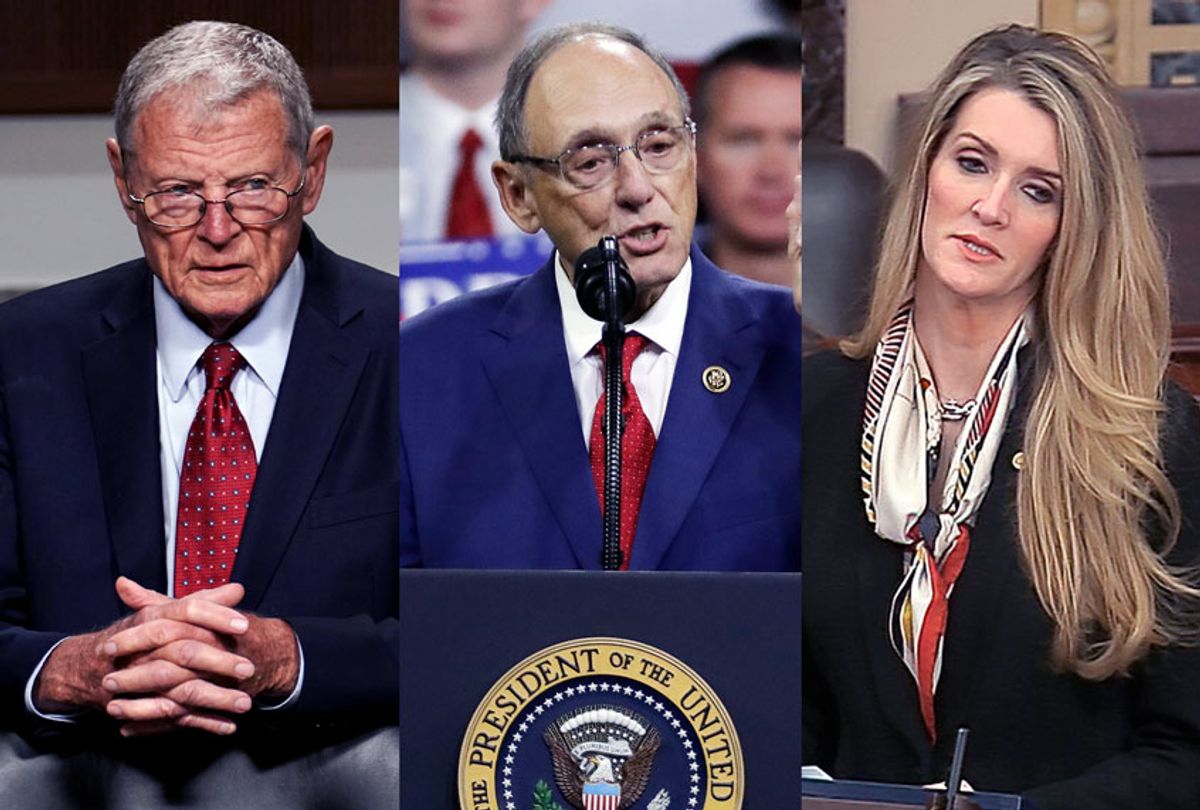 The Justice Department dropped investigations into controversial stock trades by three senators but appears to still be probing former Intelligence Committee chair Richard Burr, R-N.C. The news came as Rep. Phil Roe, R-Tenn., drew scrutiny over trades he made before the stock market plunged in March.

The DOJ informed Sens. Kelly Loeffler, R-Ga., Dianne Feinstein, D-Calif., and Jim Inhofe, R-Okla., that it was closing investigations into stock trades they made as senators received private briefings on the coronavirus pandemic, The Wall Street Journal first reported. All three senators said that investment advisers had made the trades and they did not find out about them until later.

But the probe into trades made by Burr, which were valued at up to $1.7 million, is still ongoing, according to the report. Unlike the other senators, Burr said he made the trades himself but did so based on publicly reported information, not information he got during private briefings. The FBI served Apple with a warrant for Burr's iCloud account and later seized his phone, according to the Journal. Burr stepped aside as chairman of the Intelligence Committee pending the investigation. (Sen. Marco Rubio of Florida is now the committee chair.)

Loeffler's trades, which were valued at up to $3.1 million, drew the most scrutiny of the other senators after she was accused by Democrats of buying an appointment to her Senate seat just months earlier. Loeffler's husband, New York Stock Exchange chairman Jeff Sprecher, donated $1 million to a pro-Trump super PAC after the trades were reported and the couple has since sold off all of their individual shares. Loeffler was appointed to the Senate by Georgia Gov. Brian Kemp after the resignation last year of Sen. Johnny Isakson, a decision that reportedly angered President Trump. She had been running neck-and-neck with Rep. Doug Collins, R-Ga., in the 2020 special election race to fill the remainder of Isakson's term, but has since slipped to fourth place in the polls since the trading news broke.

"Today's clear exoneration by the Department of Justice affirms what Sen. Loeffler has said all along: She did nothing wrong," a Loeffler spokesperson said in a statement to the Journal. "This was a politically motivated attack shamelessly promoted by the fake news media and her political opponent."

"As I've said all along, I wasn't even at the briefing and do not make my own stock trades," he told The Oklahoman. "I did nothing wrong, and I'm pleased the Justice Department has exonerated me."

Feinstein has not commented on the matter.

But as the three senators escaped potential legal ramifications, Roe came under scrutiny on Tuesday after The Tennessean reported that he made hundreds of transactions before the stock market collapse in March.

Roe, who announced earlier this year that he will not seek re-election, is the top Republican on the House Veterans' Affairs Committee and serves on the Health, Employment, Labor and Pensions subcommittee.

The newspaper's analysis of Roe's financial records found that he bought stock in the teleconferencing company Zoom and the pharmaceutical firm Moderna, which is working on a leading coronavirus vaccine candidate. Both companies have seen big boosts in share values since the outbreak. Roe also sold off shares in Royal Caribbean Cruise and Disney, companies that shut down nearly all operations just days after the trades.

Roe sold of shares in nearly 100 companies in total before the market plunged. He made a total of 680 transactions in the first quarter of the year, involving more than 300 assets valued at up to $18.4 million.

Roe, a physician and the co-chair of the House GOP Doctors Caucus, wrote about the coronavirus on his official website as early as Feb. 26. He said in a February interview that he participated in a House briefing on the virus weeks earlier. In early March, he wrote about the administration's response.

"I know how unsettling the spread of an unknown virus is, but I can tell you with confidence, based on information I've received from first-hand conversations and briefings, our government is laser-focused on ensuring the health of all Americans," he wrote.

Roe spokesman Kyle Jacobs told The Tennessean that the congressman did not make the trades himself.

But the volume of trades raised questions from the Campaign Legal Center, a nonpartisan watchdog group.

"There is nothing in the public record yet to suggest Roe had non-public material information when he made (those trades)," Kedric Payne, the group's legal counsel, told the outlet. "But you just never know what's going to come to light."

Roe's trades prevented him from losing hundreds of thousands of dollars in March, if not millions, according to the analysis.

"He seems to be a savvy investor based on the frequency with which he trades and his overall portfolio," Payne said, adding, "He did start making trades earlier than the general public."