Los Angeles is tracking every person who rides a rental scooter 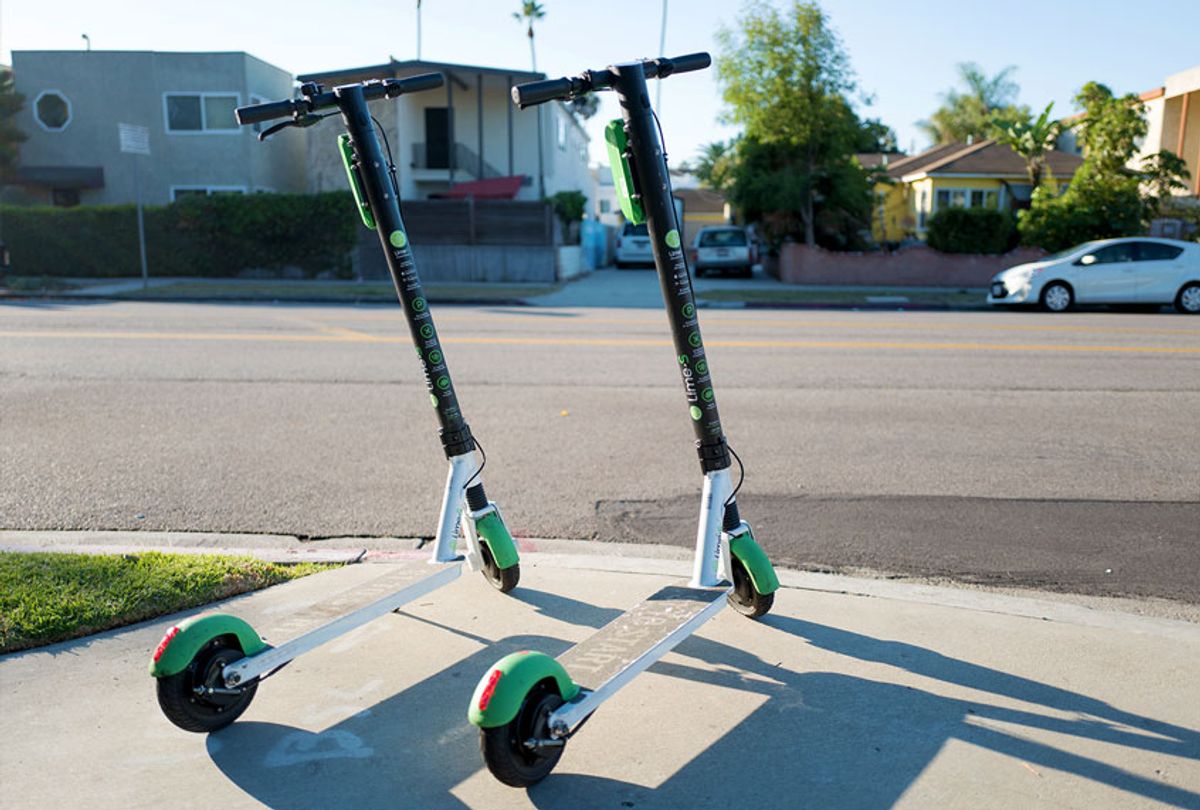 The American Civil Liberties Union (ACLU) announced Monday that it is filing a lawsuit against the city of Los Angeles for a mass surveillance program that tracked every person who rode an electric rental scooter within the city limits.

Specifically, Los Angeles requires electric scooter companies like Lime and JUMP to provide both real-time and historic GPS information to city officials. While real names are not included in the data collection, the ACLU's lawyers say the extent of the data collection was sufficient to individually identify riders from other data clues, particularly the geographic data recording routes.

The suit, which the group's relevant California branches are filing in conjunction with the Electronic Frontier Foundation and the law firm Greenberg Glusker Fields Claman & Machtinger LLP, alleges that the city policy not only violates the California Electronic Communications Privacy Act, but is also unconstitutional. The Fourth Amendment states that an individual's right "against unreasonable searches and seizures, shall not be violated, and no warrants shall issue, but upon probable cause, supported by oath or affirmation, and particularly describing the place to be searched, and the persons or things to be seized."

Salon reached out to Mohammad Tajsar, senior staff attorney with the ACLU of Southern California.

"The issues surrounding the unlicensed, unregulated collection of sensitive information about people are myriad," Tajsar explained, pointing out that there are different types of problematic data collection. "You have to differentiate between public and private collection and sharing of information. There are a host of different ways that the private sector collects, exploits, analyzes and eventually harms individuals when it comes to collecting information about them. And that's equally true with respect to the public sector."

He added that government officials, from the Department of Homeland Security and local police departments down to city regulars, "collect all sorts of information about people in ways that I think a lot of us would be really alarmed to hear about."

"I think this case is really in that latter camp," Tajsar explained. "And so in terms of what they, and certainly others have done with respect to location collection with respect to data collection in general, I think we've been at the forefront of trying to limit the amounts of sensitive information that gets in the hands of governments."

This is hardly the first time that there have been public concerns about the ethics of mass data collection by government. It was revealed in March that the United States government was in talks with Facebook, Google and other technology companies about using information acquired from users' phones to track the spread of the novel coronavirus and thereby more efficiently map the pandemic. Israel has already announced plans to use tracking data in this way, prompting Al Gidari, director of privacy at Stanford Law School's Center for Internet and Society, to remark that "technology can save lives, but if the implementation unreasonably threatens privacy, more lives may be at risk."

Issues with technology and the collection of data go beyond public health, as the scooter debacle shows. As more and more ordinary household products are connected to the internet, it has become feasible for companies to acquire unprecedented information about ordinary people — both quantitatively and in terms of the detail — than ever before. Private companies like Amazon have been harshly criticized for selling face recognition technology to police officers in ways that exacerbate discrimination against racial minorities. The government has a long history in general of spying on its citizens, one that was troubling enough before the internet but has reached new heights since then.

"We've been concerned about the rise in the ability for governments to collect sensitive information about constituents and people within the community for quite some time," Tajsar explained. "It seems to us that one of the areas that is most sensitive, and that people need to be most cognizant about, is the collection of location information. We've been doing work on location-related data collection for quite some time including with respect to things like automatic license plate readers, cell phone location information, and others."

"The issue here is that we don't really want government to have their hands on this kind of data," Zhao said. "We don't know how they could be transferred between departments and whether there are the protections in place to ensure that, for example, data collection for this kind of situation — such as scooter rides — can't be used also in conjunction with police departments and other departments of the government." She noted that these concerns are particularly acute in the era of the George Floyd protests, when so many people are taking to the streets to express themselves with views that certain government officials may dislike.

"We want to make sure that the privacy of the individual success exercising First Amendment rights generally are protected, especially in those times when people have very strong and passionate opinions about what the government should be doing and what the state and state actors should be doing," Zhao explained.