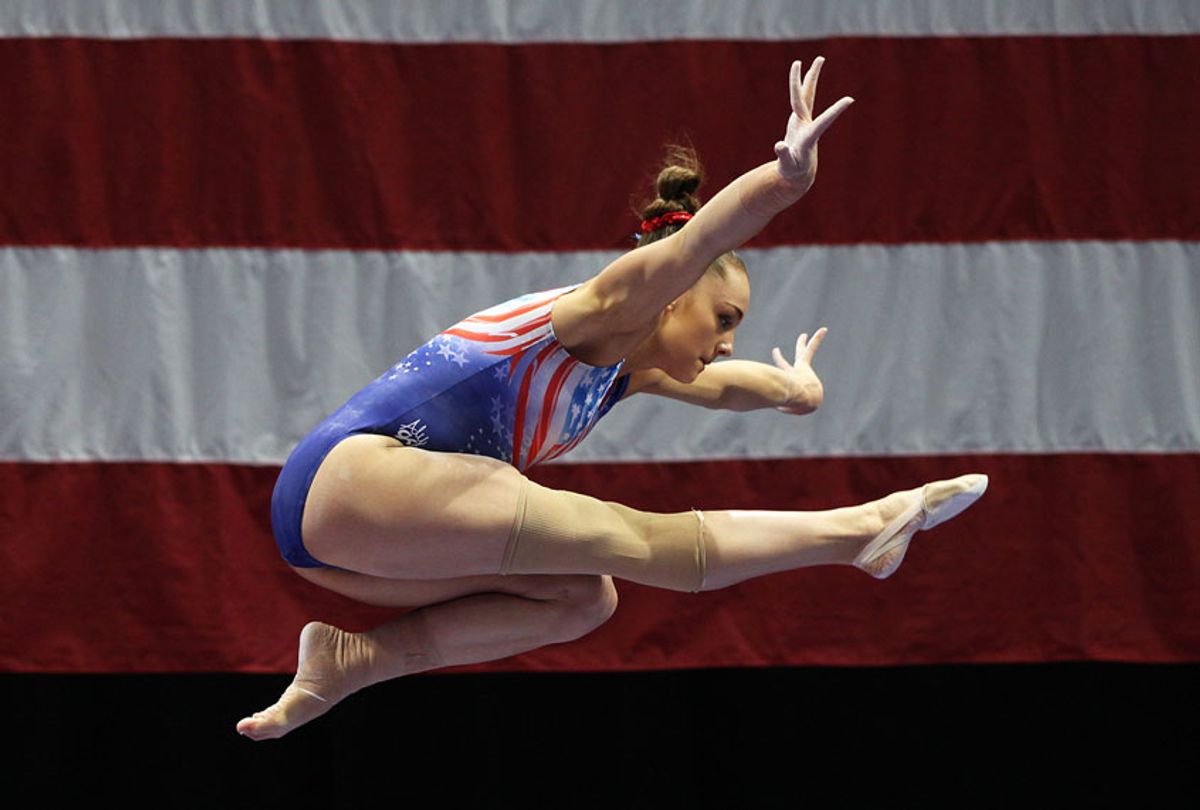 How did former USA Gymnastics doctor Larry Nassar get away with it? How did one of the country's worst sexual abusers, operating over a period spanning at least two decades, evade justice for so long? The answer, as the new Netflix documentary "Athlete A" hauntingly illuminates, is simple. He had help.

Abuse is such an isolating experience for the victims, and abuse thrives on that sense of isolation. "No one else is saying what you're saying." That's what one of Nassar's victims heard when she came forward to a coach. It took an entire system, carefully crafted to physically and psychologically break down young girls, for Nassar to thrive. It took an astonishing number of individuals willing to ignore their complaints, to overlook their suffering. And it took another massive group of people — relentless reporters, determined lawyers and members of law enforcement, and fed up family members and survivors — to finally achieve some vindication.

The horrifying details of Nassar's story have been already been explored in a number of recent books. Abigail Pesta's 2019 "The Girls: An All-American Town, a Predatory Doctor, and the Untold Story of the Gymnasts Who Brought Him Down" used firsthand accounts from the women he abused to chronicle Nassar's predatory escalation. ESPN reporters Dan Murphy and John Barr's "Start by Believing: Larry Nassar's Crimes, the Institutions that Enabled Him, and the Brave Women Who Stopped a Monster' revealed the tale from multiple angles, including the Indianapolis Star's groundbreaking investigation. And former gymnast Rachael Denhollander wrote about her experience as Nassar's first public accuser in her memoir "What Is a Girl Worth?" It's gratifying, then, to see that this harrowing and infuriating narrative is once again in the hands of skilled and sensitive storytellers.

Bonni Cohen and Jon Shenk, who co-directed 2017's "An Inconvenient Sequel: Truth to Power," clearly already know their way around difficult material. There are moments in "Athlete A" — the court document name of Nassar survivor Maggie Nichols — that will make you gasp at the brazen brutality of Nassar's crimes. Yet it never feels prurient or sensationalized. It is instead a pointedly constructed story of survival and support, one that reveals what is possible when we join forces, and tell the truth.

The film wisely spends the majority of its time with the survivors and their advocates, keeping the focus — and our attention — appropriately where it should be. It depicts its athletes not just as women who've endured abuse, but as the formidable teammates and allies that they are. When the "Athlete A" does spend time with Nassar — most notably during a questioning that will make your skin crawl — he looks exactly like the piece of garbage he is. The film also lingers just long enough on former USA Gymnastics president and CEO Steve Penny, pleading the Fifth, to ignite your disgust without overwhelming the whole picture. The images of the gymnasts themselves, powerful women like McKayla Maroney, Aly Raisman, Gabby Douglas and Simone Biles, offer sharp contrast.

Using Nichols's story as its central narrative, "Athlete A" delves directly into the storm of circumstances surrounding Nassar's crimes. It meticulously explains the extreme culture of women's gymnastics, created almost single-handedly by Béla and Márta Károlyi. The Romanian born coaches made a gold medalist of then 14 year-old Nadia Comăneci at the 1976 Olympics, then brought their Nicolae Ceaușescu-approved techniques to the US when they defected a few years after. Before long, America was cranking out its own supply of household name, superstar female gymnasts. As ex-gymnast Jennifer Sey explains in the film, after Nadia, "There was an aesthetic that was very very young. Childlike. It created a really dangerous environment [because] people really believed that for the more difficult skills you had to be tiny." And, she notes, "There's also the benefit of the coaches having more control when the girls are younger."

Generations of young gymnasts have trained with expectation not just of hard effort and regular injury, but what Sey calls "cruelty," a cruelty ingrained in them when they were too young to recognize it as such. As one gymnast recalls, "Every time I'd get an injury I wasn't believed. Back then I didn't think of it as abuse. I almost still feel bad for telling the truth." And into that environment, where girls were routinely taught not to complain, not even to believe what their bodies were experiencing, came Dr. Larry Nassar.

Nassar, distinguishing himself from the tough coaches, presented as the "nice adult" in the room, the one who would care for the girls' injuries and sneak them sweets. He won their trust, violated them — sometimes while their parents were in the same room — and made them question their own reality. It's no surprise his survivors recall feeling like there was something wrong with them, and being ashamed for even thinking that was happening to them was happening. A few spoke up and were ignored. Most just withstood the abuse in silence.

You only have to look at the staggering number of Catholic Church sexual abuse investigations, or the Jerry Sandusky story, or the Jeffrey Epstein one, or the R. Kelly one, to see clear and dispiriting patterns. To see kids being abused by individuals they trusted and even believed they cared for because their abusers and the institutions they represented were considered too valuable to lose. The abusers were protected, systematically, by the adult beneficiaries of the money and power those abusers could provide. Again and again and again.

Larry Nassar is now spending the rest of his days in prison on charges of sexually assaulting minors and possession of child pornography. His accused enablers have not yet been held similarly accountable. "Athlete A" makes abundantly clear that the story is not over. But the film remains, ultimately, a tale of "the momentum of empowerment." During Nassar's 2018 sentencing, a deluge of survivors and their family members gave impact statements in court. That unprecedented moment of public reckoning provides the film's climactic moment, a cathartic show of strength and unity. Justice is an ongoing process. Healing is not always gentle; it's often furious and persistent. And empowerment will always demand our sustained momentum.

"Athlete A" is currently streaming on Netflix.