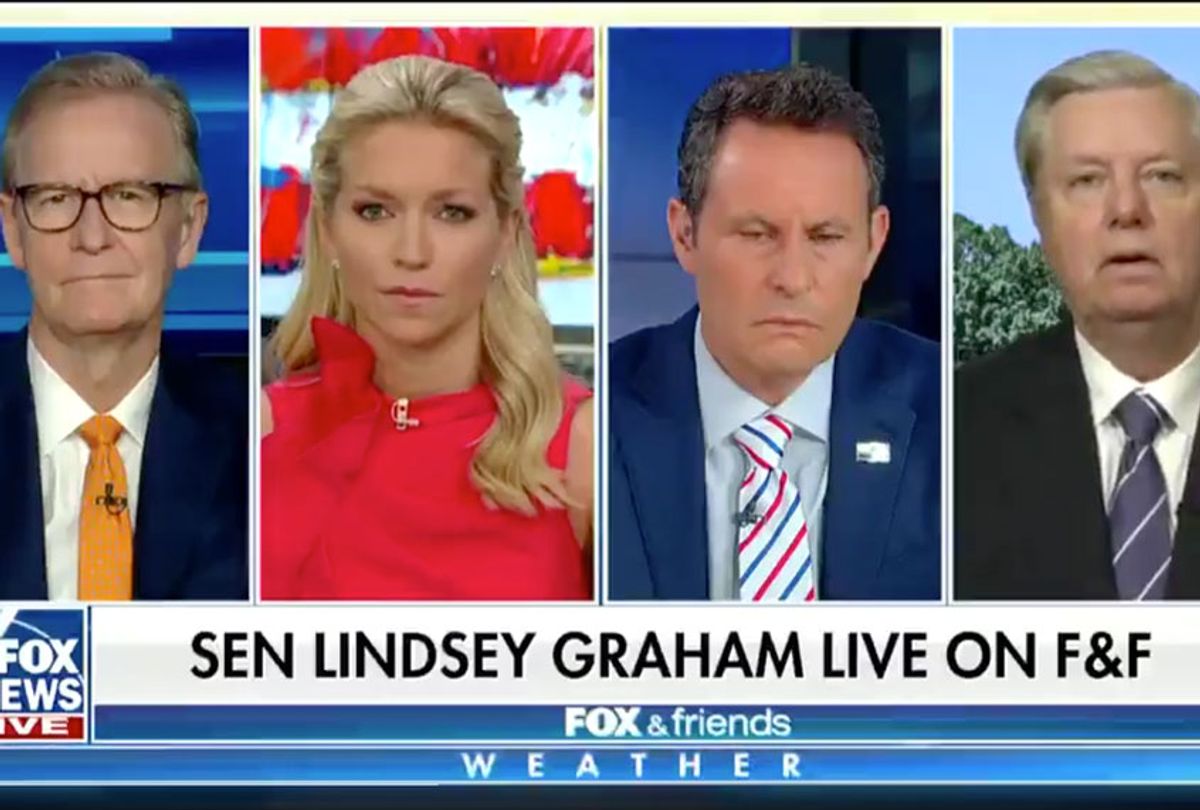 Graham argued that individuals calling to remove Confederate statues representing slave-holders who went to war against the U.S. were the ones who "hate our country."

"These people are the most radical people known to America . . . They want to destroy America," Graham claimed, defending traitors who killed hundreds of thousands of Americans so they could keep enslaving human beings. "They hate America, and every symbol of our country, from our flag to a statue. They hate. They want to turn us into a socialist nation. They want to destroy the family unit as we know it."

Graham then framed the issue in purely political terms.

"You may not believe you're in a war, but you are, politically, and you need to take sides," he said. "You need to help this president."

Graham, who succeeded segregationist Strom Thurmond in the Senate, made the comments after his poll numbers plummeted in his race against Jaime Harrison, a Black Democrat whose popularity has surged.

Trump, always eager to stoke a culture war issue, has likewise positioned himself as a defender of Confederate statues, threatening lengthy prison terms for statue vandals and dispatching U.S. Marshals and National Guard troops to guard federal statues. He also personally requested that a toppled Confederate statue in Washington be put back in place.

Trump previously said he would "not even consider" renaming military bases named after Confederate generals.

The president seized on the issue early in his term, arguing it was "sad to see the history and culture of our great country being ripped apart." But Trump has ramped up his defense of Confederate monuments and racist rhetoric as his own poll numbers plummet.

"There is not a more successful political strategy in the history of American politics than the southern strategy: this ideal of pitting poor whites against African-Americans and tribalizing our politics. When Trump says he's going to give you back your country, he's playing to that racial animosity and fear," Democratic pollster Cornell Belcher told The Washington Post. "What's different today? What's different today is the upward of 70% of Americans think racism is a problem in this country."