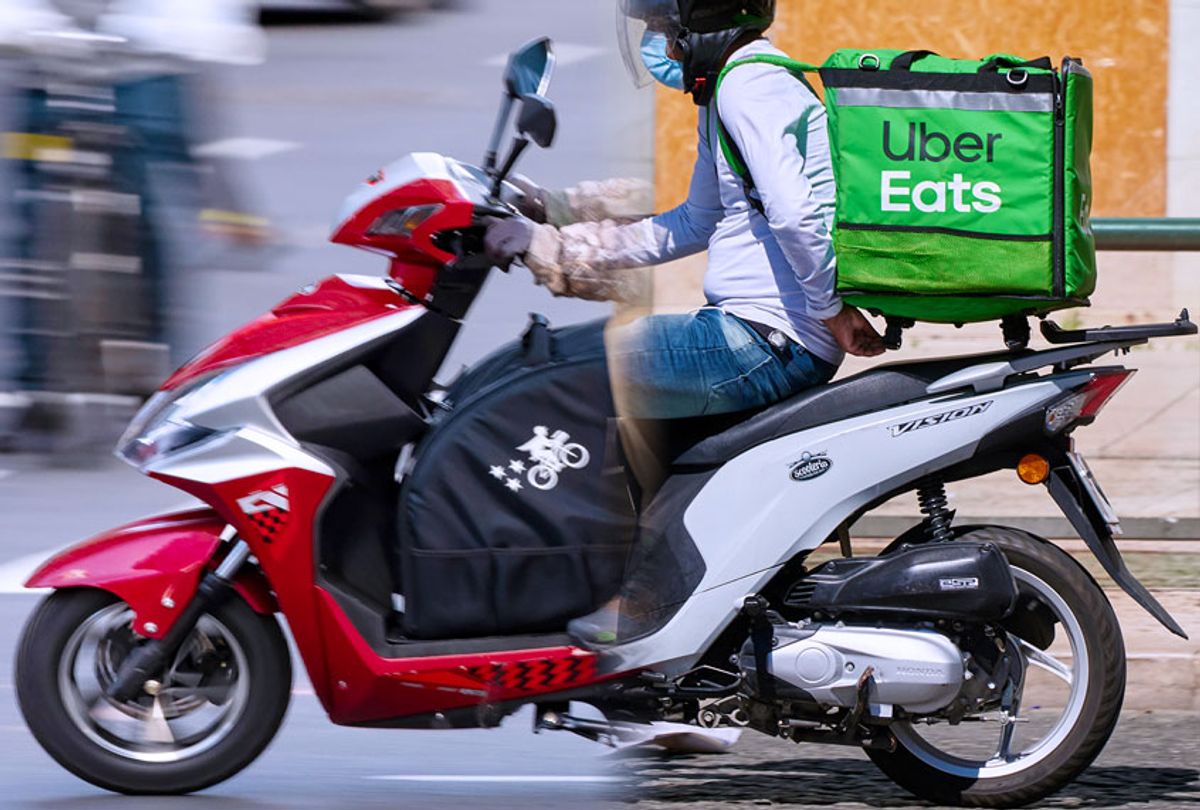 Ridesharing giant Uber is in talks with Postmates, a company that delivers meals and other products from restaurants, to potentially buy the company for a whopping $2.6 billion. Given that one arm of Uber is its restaurant delivery service Uber Eats, such a move would mark a consolidation of food delivery companies that rely on on-demand, oft-exploited contract laborers.

The story, which was first reported by The New York Times, holds that Uber is looking for ways to increase its profits after taking a financial hit during the pandemic and is considering buying Postmates as a way of consolidating the food delivery market. If the acquisition goes through, it could bolster the fortunes of Uber's own food delivery business, Uber Eats. It would also be a possible lifeline for Postmates, which has struggled to compete with food delivery services like Uber Eats, DoorDash and GrubHub despite achieving early success in coastal cities.

The food delivery service industry has taken off amid the pandemic, with many restaurants closed for inside dining. Because most delivery workers are contractors who work independently and must pay for gas, maintenance and cell phones, their pay is often well below minimum wage. A 2020 study found that workers at DoorDash, a Postmates and Uber Eats rival, make an average of $1.45 per hour after expenses.

The low margins, heavy competition and fast worker turnover are disadvantages for companies in the food delivery service industry; consolidation would reduce competition and thus help Uber profit. Earlier this year Uber reportedly considered purchasing GrubHub, but the deal is said to have fallen through after the two companies failed to come to an agreement on price. The European food delivery service JustEats eventually purchased GrubHub in June for $7.3 billion. Postmate is also reported to have talked with DoorDash and GrubHub about a possible sale last year.

The Wall Street Journal offered additional context behind the talks.

"There has been a beehive of deal activity lately among food-delivery companies, which are seeking to better position themselves amid cutthroat competition and as the coronavirus pandemic boosts demand," The Journal reported. "By combining forces and cutting costs, the companies could jump-start their path to profitability, something investors are increasingly eager to see."

Uber, meanwhile, has had financial difficulties of its own. Last month it announced that it was laying off more than 6,000 workers — first due to cuts that impacted 3,700 employees, then due to a second round of cuts that caused them to lay off more than 3,000 additional workers.

"Our balance sheet is strong, [Uber] Eats is doing great, Rides looks a little better, maybe we can wait this damn virus out . . . . I wanted there to be a different answer," CEO Dara Khosrowshahi told employees in an email. "Let me talk to a few more CEOs . . . . maybe one of them will tell me some good news, but there simply was no good news to hear. Ultimately, I realized that hoping the world would return to normal within any predictable timeframe, so we could pick up where we left off on our path to profitability, was not a viable option."

Uber has also faced protests from its workers because of its alleged failures to adequately protect them during the coronavirus pandemic. Last week, Uber drivers rallied in front of Khosrowshahi's San Francisco home, protesting low wages and lack of personal protective equipment. As a leader of labor group Gig Workers Rising attending the protest told Salon, "we're out here in front of [Khosrowshahi's] $16.5 million house, while they're living comfortably and we're out here fighting [to] secure our bills and have a place to live."