Experts weigh in on the meaning of the surprising 2.2% decline in unemployment, and whether it can be sustained 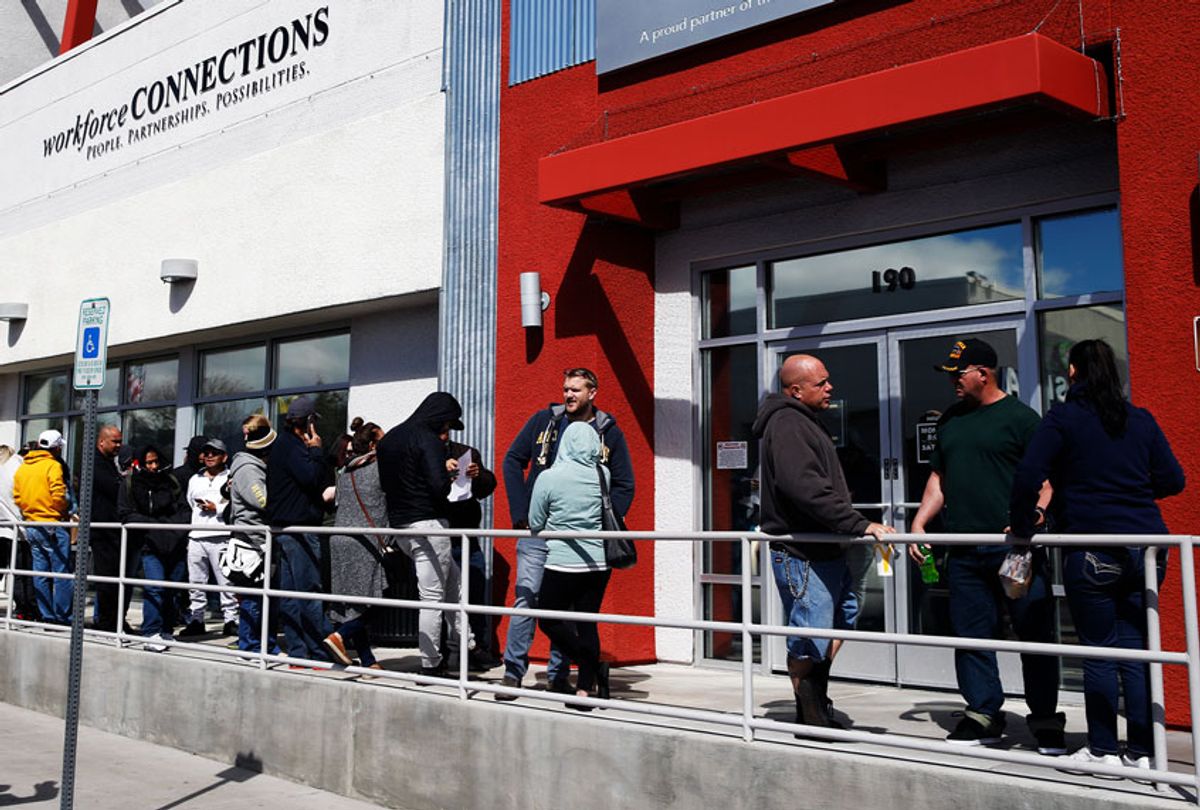 The economy added nearly two million more jobs than expected in June, according to an employment report released on Thursday.

These numbers are better than the ones anticipated by economists surveyed by Dow Jones, who expected the unemployment rate to drop to 12.4 percent and foresaw a 2.9 million increase in jobs.

Not all economists were surprised by the numbers, however.

"Employment and the unemployment report were pretty much in line with my expectations in that the economy was opening and people were hiring workers back," Princeton economist Henry Farber told Salon. "What this portends for the future really depends very much on our progress in fighting the coronavirus. We're seeing some shutdowns now, so I have no particular expectation one way or the other what the numbers next month will be."

When asked if he feels President Donald Trump deserves credit for the turnaround — Trump took to Twitter on Thursday to tout his jobs number, tweeting about "historic job numbers" and "great jobs numbers" — Farber said "I think the strong employment growth numbers are a natural consequence of the economy beginning to open up. And if we stay the course and the economy continues to open, I imagine employment will grow more. If the pandemic gets worse and spreads and we close down other places, employment will go down again."

Gabriel Mathy, an economist at American University, told Salon that "this employment report is a very good sign and it's real." While he said that this could indicate the recession is over, "there are dark clouds on the horizon — this employment report won't take into account surging cases and new shutdowns in California, Texas, and Florida, some of the largest states and economies in this country." He also pointed to "other dark clouds" like state and local government job layoffs and the end of important stimulus measures like the $600 weekly unemployment benefits.

"Will we have a double dip at the end of the summer and a new recession? Hopefully the good times will last, but I worry," Mathy concluded.

Salon also spoke with Tom Steyer, a progressive activist and former 2020 presidential candidate who has been highly critical of Trump.

"I don't think it's magical," Steyer told Salon. Speaking anecdotally, he explained that "some of my friends who run big chains of retail stores are telling me that they've been shocked at how much people are buying. A friend of mine runs a chain of furniture stores. He said, 'I don't care how short our hours are. I don't care if we're only going to deliver on the street. People want to buy furniture right now, and they have a lot of money in their pockets because they're getting pretty good unemployment.'"

When asked if he believes Trump should receive credit, Steyer told Salon that the economic stimulus "has been effective and positive" and "you can never not be happy when America does well." He added that Trump needs to get the pandemic under control for the recovery to be self-sustaining and criticized him for "shockingly" leaving it to the states.

Trump's chances at reelection may depend on the state of the economy. Speaking with Salon in March during the start of the economic crash, Kyle Kondik — managing editor of the nonpartisan political newsletter Sabato's Crystal Ball — explained that Trump and the Republican Party stand to lose ground if the economy is perceived as doing poorly in November.

"I do think the precarious state of the economy does pose a potential threat to the president, because his re-election pitch was so reliant on a good economy," Kondik told Salon by email at the time. "I'm sure this is part of the reason Trump and so many other Republicans are supporting such an expansive stimulus package: As the party with more power in Washington, they stand to take more of the blame if the response to the public health and economic crisis is seen by the public as lacking."

Update: Austan Goolsbee, who chaired the Council of Economic Advisers under President Barack Obama, told Salon that "to get a large number of jobs created from the ending of temporary layoffs is a good sign and bodes well. But to have them be so concentrated again in leisure and hospitality and to be accompanied by a still astronomically high rate of permanent layoffs and continuing new UI claims is worrisome. The collapse was across the board. It won't be a real recovery until the comeback is across the board, too."