Political prophet Allan Lichtman: Trump is more likely to lose because of coronavirus 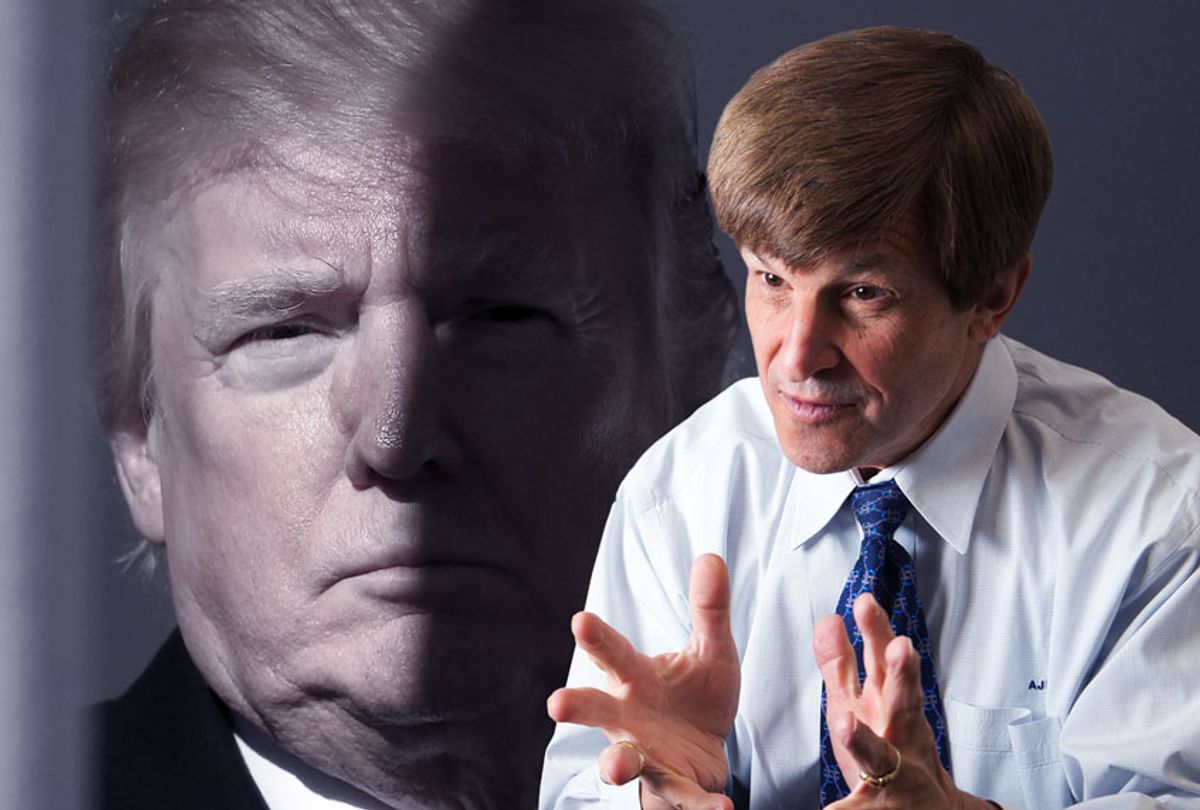 Allan Lichtman, a political historian at American University whose book "The Keys to the White House" has helped him correctly predict the last nine presidential elections, told Salon last week the coronavirus pandemic may spell defeat for President Trump in the 2020 election.

Lichtman's system is based on 13 "keys," a series of true-or-false statements that anticipate whether the incumbent party's presidential candidate will be elected in a given year. If six or more of the statements are false, the incumbent candidate will lose; if fewer than six are false, he or she will win. While Lichtman's system is somewhat complicated by elections where there is a split between the popular vote and the Electoral College results, it has otherwise successfully anticipated every presidential election since 1984. (You can see the full list of keys here.)

"There were four keys solidly locked in against the president" prior to the outbreak, Lichtman explained. "It takes six to predict defeat. But this was before [the pandemic]. Key 1: Party mandate. Key 9: Scandal. Key 11: Foreign/military success. Key 12: incumbent charisma. That's four false keys locked in."

Lichtman's analysis is based on the fact that Republicans lost control of the House of Representatives in the 2018 midterms; that Trump has faced a number of scandals during his presidency, including one that led to his impeachment; has had no major military or foreign policy successes; and is neither a military hero nor "charismatic," a term Lichtman defines to mean a candidate who appeals to large groups of voters outside of his or her party's usual coalition. Trump's approval rating has been stuck in the 40s throughout his term and, according to Lichtman, "You can't call a candidate stuck in that range, appealing only to a minority, a charismatic candidate."

The coronavirus pandemic, however, may have significantly worsened Trump's re-election chances, at least according to Lichtman's analytics.

"The current crisis, which is biological, governmental and societal, puts into jeopardy two additional keys," Lichtman explained. Those would be "Key 5, the short-term economy — many economists are predicting that we're going to slide into a recession, or may already be in a recession — and Key 8, the social unrest key. And it makes Key 10, foreign policy or military failure, even more shaky than before." Lichtman earlier suggested that relations with North Korea and the unstable situation in the Middle East could endanger Key 10 for Trump.

Polls released on Tuesday found that Trump's approval rating has risen to 49 percent and he is statistically within the margin of error against his likely opponent, former Vice President Joe Biden. According to Lichtman, this does not mean much.

"Early polls have no predictive value for the November results," Lichtman told Salon by email on Wednesday. "Every president has seen a rise in polling numbers in response to the rally-around-the-flag effect at the early stages of a national crisis. Trump's small rise in the approval polls is low based on precedent. He also has had the enormous advantage of appearing constantly on television to give his self-serving spin on events. Biden has had minimal visibility."

He added, "The polls have no influence on the Keys, which are based on big-picture events such as the long- and short-term economy, scandal, social unrest and foreign successes and failures. I still have no final call on the keys as I am waiting to see how events play out over the next few months."

"This is a story that is still being written. I do think the precarious state of the economy does pose a potential threat to the president, because his re-election pitch was so reliant on a good economy," Kondik explained by email. "I'm sure this is part of the reason Trump and so many other Republicans are supporting such an expansive stimulus package: As the party with more power in Washington, they stand to take more of the blame if the response to the public health and economic crisis is seen by the public as lacking."

Lichtman also told Salon last week that if Trump loses as a result of the coronavirus, his opponent is almost irrelevant; it simply won't matter whether the Democrats have nominated Biden or Sen. Bernie Sanders of Vermont.

Trump's potential defeat has "nothing to do with Joe Biden whatsoever," Lichtman said, although in his formula Biden is not "charismatic," meaning that Key 13 would turn in Trump's favor. "Remember, the basic theory behind the keys is that elections are essentially votes up or down on whether or not the party holding the White House should get four more years."

He added that while he is not advocating for any candidate, "this notion that [Sanders] is unelectable is just false. You and I have talked about this before: the whole notion of electability is nonsense. Except for these once-in-a-generation candidates [he earlier cited Ronald Reagan and Barack Obama] — we have no idea who is electable."