Collins had a 67% approval rating when Trump first took office back in 2017. It has collapsed to just 36% today 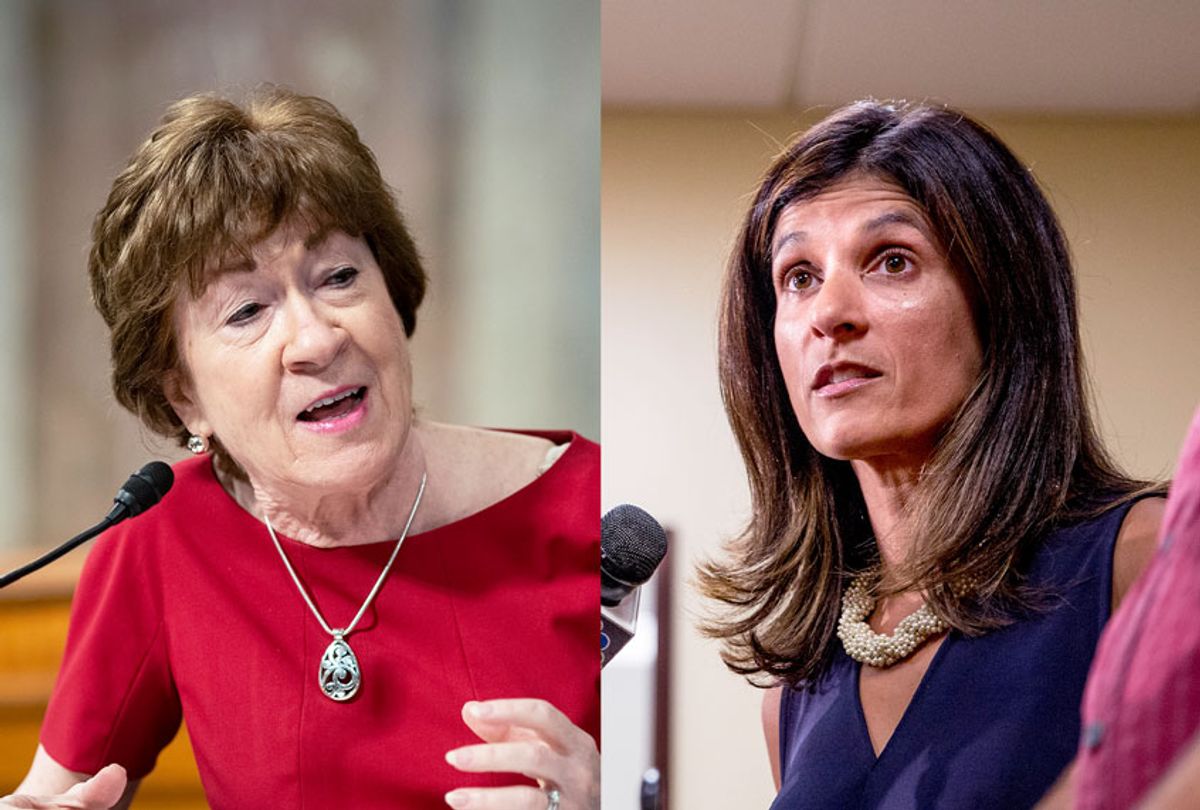 Gideon, the speaker of the Maine House of Representatives, leads Collins 46-42 in a new Public Policy Polling survey, which sampled more than 1,000 Maine voters and has a margin of error of 3.1%.

Gideon held a similar four-point lead in a PPP poll in March and edged out Collins by a single point in a Colby College poll from February, meaning this is the third straight poll to show Collins behind. She led the race by 16 points when it was first polled in June 2019.

Gideon is considered the prohibitive favorite in her Democratic primary race against lobbyist Betsy Sweet and attorney Bre Kidman, according to the Bangor Daily News.

The poll shows that Collins, who earned the title of the most unpopular senator in the country earlier this year, has an approval rating of just 36%. Though Collins won her previous races with a mix of Democratic and independent support, the poll shows that just 39% of independents and only 13% of Democrats approve of her job performance. Though the overall approval rating is on par with other recent polls, it has fallen by more than 30 points since President Donald Trump took office in 2017. Her approval rating towered at around 67% at that time.

The poll shows that Collins, who voted to acquit Trump in the impeachment trial because he learned a "big lesson" and backed anti-abortion Supreme Court Justice Brett Kavanaugh, has fallen out of touch with the views of voters.

More than half of Maine voters believe Trump should have been removed from office, and 59% consider themselves pro-choice. Though Collins says she is pro-choice, she has voted to confirm dozens of anti-abortion judges besides Kavanaugh.

Women voters previously made up the bulk of Collins' support, but the latest poll shows they back Gideon by 10 points this time around.

Members of the Federalist Society, which backed Kavanaugh's nomination, have donated hundreds of thousands to Collins' campaign since her vote. Leonard Leo, who heads the group, hosted a fundraiser for Collins at his $4 million Maine summer mansion, which he bought the same month Kavanaugh was confirmed.

But the vote also drew a crowdfunding campaign which has raised millions for Collins' eventual challenger. Besides that, Gideon massively outraised Collins last quarter, reporting an $8 million haul between April and June. Collins reported raising just over $3 million during the same time period.

Gideon has now raised $23 million in the race compared to $16.3 million for Collins, who is running unopposed in the Republican primary.

"Mainers are ready for a new U.S. senator, and since we launched our campaign last year, I've listened to and heard from thousands of Mainers across the state about the challenges they face and the kind of representation they need in Washington," Gideon said in a statement after releasing her fundraising numbers. "It's clear that Senator Collins has changed, and Mainers deserve a senator who will fight for them to reduce the influence of big money and special interests in our politics, increase access to affordable health care, lower the cost of prescription drugs and take bold action to fight climate change."