Is this the next great dystopian TV epic? Hardly. But as long as you're not expecting it to be, it'll do 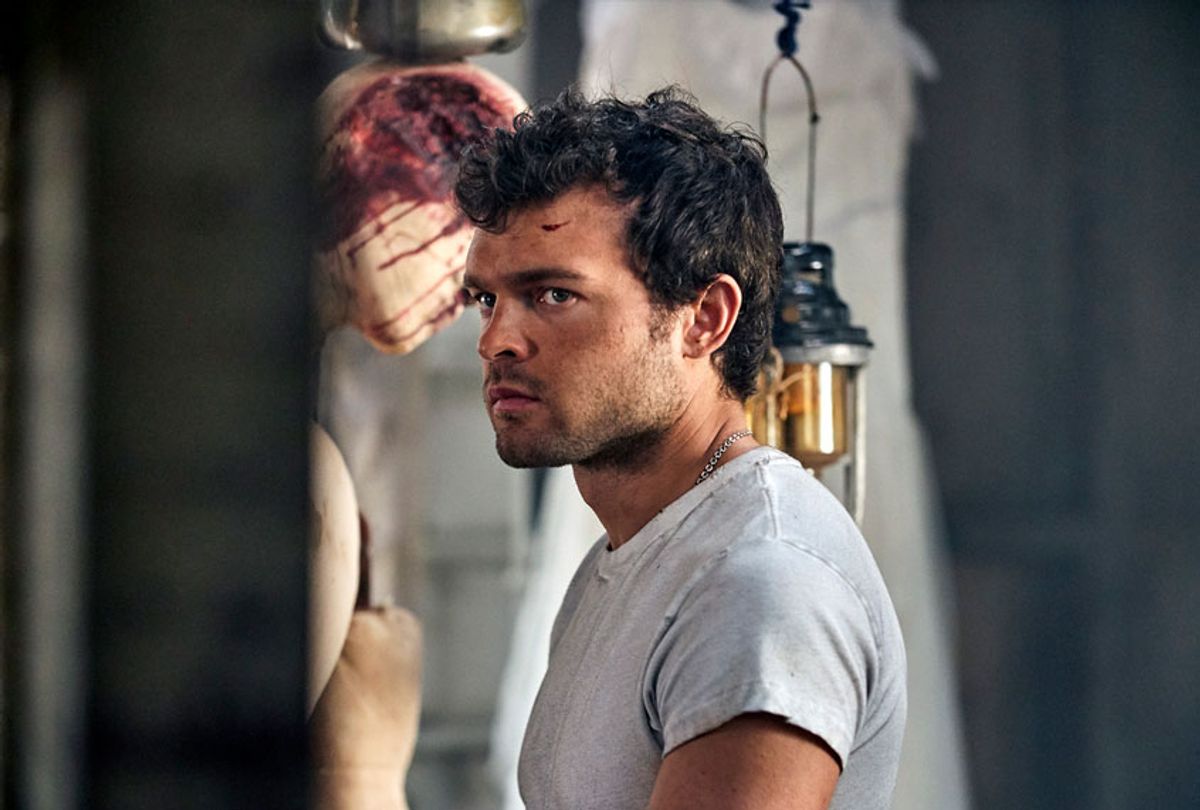 Managing one's own expectations may be one of the most crucial sanity measures each of us can adopt right now.  Keep hope alive, certainly.  Just don't make your entertainment aspirations many times larger than the rooms in which you're quarantined. That sounds glum, I realize, but trust me – being awake is enough of a perturbance these days. Set the bar for your expectations low, and you'll clear it nearly every time.

Case in point: "Brave New World," the flagship original series launching with Peacock, is only as good as a person can rightly expect of a series that was supposed to debut on Syfy before flying over NBC Universal's newly launched, sort of free streaming service. Asking it to live up to the legend of its source, that high school reading syllabus staple authored by Aldous Huxley, isn't quite fair.

Neither is hammering on how poorly it may compare to the better rendered versions of technological dystopias seen in, say, Netflix's "Black Mirror," an anthology series often referred to as the bar-setter for all contemporary glimpses into humanity's downfall. But even that benefits from shifting from one view to another hour by hour, and varies wildly quality.

For those in a pondering mood, that surface appeal is in itself worth pondering in this era when so many of us are turning entertainment as a form of temporary escapism. Here is a tale thoroughly marinated in the moral that our ability to feel genuine sorrow, envy and anger is more central to being human than having those feeling synthetically scrubbed from us. That variety, connection and striving for better is preferable to some forced, homogenous idea of happiness, even in a place where every day is Topless Tuesday.

"Brave New World" showrunner David Wiener maintains the plot outline of Huxley's story while changing a few elements in order to accommodate the commercial television format and, equally as importantly, to keep Demi Moore involved for about as long as would be required to keep the average ogler interested.

Before she appears we're welcomed to New London, part of the World State into which Huxley envisioned Europe would evolve around 520 years from where we are now, and wasn't that optimistic of him to assume we'd last that long?

Anyway, in this place there is no famine or disease, no litter or pollution. No family, no privacy and no monogamy either. Everyone's health is guaranteed by having them be genetically engineered and "born" in labs, and everyone's happiness is set by assigning them a place in a societal caste system at birth that determines what their role will be.

The Alphas, personified by the likes of Bernard Marx (Harry Lloyd, brilliantly cast as a self-doubting bureaucrat) are the top dogs and administrators. Betas like the fetching Lenina Crowne (Jessica Brown Findlay) are members of the white-collar worker class by day and gratification objects after hours, required to attend an assortment of parties night after night and make themselves sexually available to any Alphas that want to hook up.

Gammas are servants, and Episilons are personality-free menial workers, the invisible help. Emotions are neutered via the regular administration of a drug known as soma, which keeps everyone in their place and guarantees a place for everyone.

Post-"great again" America, meanwhile, is  a place so environmentally degraded that the rest of the world appears to have left it for dead.  Within it is a place called the Savage Lands, kind of a Jurassic Park populated by carny-types such as John (Alden Ehrenreich) and his mother Linda (Moore) instead of dinosaurs.

The top level New London citizens who visit the Savage Lands view its denizens as cave men, which adds to John's appeal when a turn of events brings him to New London, a place where he's viewed as a curiosity at first, then a celebrity and, in a turn crucial to the series' possible continuance, something of an insurrectionist.

Expanding the essence of Huxley's future world over nine episodes places a heavier load on showrunner David Wiener, one he more or less shoulders as well as can be expected in a show that's largely about the emptiness of a world sanitized of pain. Huxley's original story is both inspired by and a revulsive reaction to the society-wide fascination with science and the technological advancement ramping up between the two World Wars.

Where Huxley envisioned a future sprung from the sort of innovations Henry Ford gave to the world, Wiener's leap forward in time is from a springboard nailed in place by Steve Jobs or Elon Musk, presenting New London as a streamlined, minimalist wonderland . . . save for its maximalist and astronomically debauched sextravaganvas.

Bernard and Lenina's tour of Savage Land spectacles such the House of Want and the House of Monogamy prove to be among the most darkly humorous and familiarly Syfy moments in the series. The rest of it is full of distracting barriers preventing a person from full emotional engagement, one of several ironies within this version of "Brave New World."

Huxley's story remains a staple of both Western literature classes and banned book lists because it invites us to consider the perils inherent to technology-enabled societies, where the less attractive traits that make us human are muted or erased. This version is so visually frontloaded that the story's driving philosophies and the cast's dramatic efforts never entirely overcome the dazzle.

Brown Findlay and Ehrenreich succeed in making aspects of their characters memorable, although of the two it's Ehrenreich, best known as doing a perfectly adequate job of playing a young Han Solo in what may be the "Star Wars" universe's most forgettable feature, whose performance makes the case that he deserves more TV work. Or maybe it's just the fact that he wears his facial scruff mighty well. Who can say.

But it is Joseph Morgan who makes the most indelible impression with his portrayal of CJack60, an Epsilon clone who for reasons that aren't adequately explained starts to exhibit signs of individuality. He has few lines and limited screen time but in at least one moment draws from a well of emotional purity that beams through the din and hits you squarely in the gut.

"Brave New World" succeeds mostly as a rainbow-colored spectacle one can easily sit with despite the violence and empty sex appeal . . . or perhaps because of it. In the way of all things in the society it presents, it is a series well aware of its purpose as a confectionery gateway to synthetic emotion. As long as you're not expecting much longstanding value beyond that, you'll probably be happy with it.

The first episode of "Brave New World" is available on the free new Peacock streaming service. You can binge the full series if you subscribe to the Peacock Premium tier.