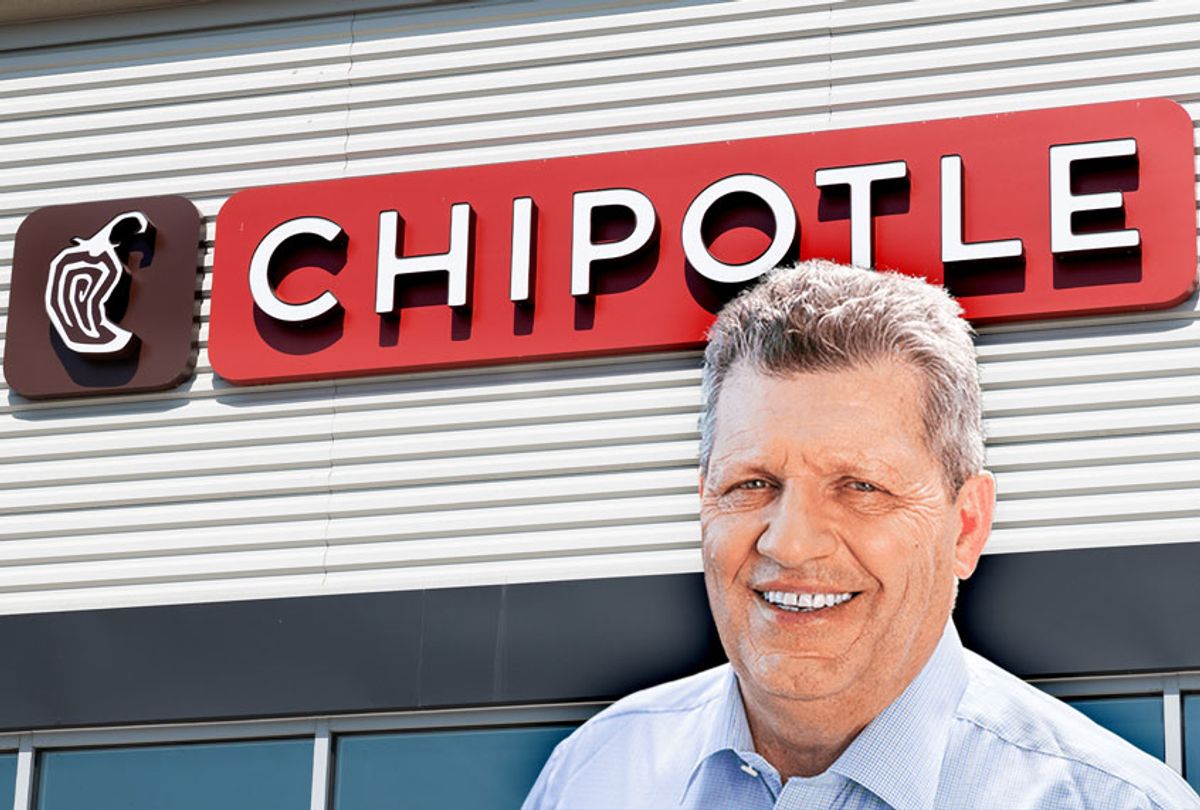 New Hampshire Republican Senate candidate Corky Messner is a partner in a law firm that has defended Chipotle in dozens of sexual harassment, abuse and discrimination lawsuits over the years.

The firm, Messner Reeves, has represented Chipotle in at least 250 federal cases. Most famously, the firm defended the restaurant after its food sickened more than 1,100 people in several states between 2015 and 2018. Those outbreaks prompted a three-year food-safety investigation by the Centers for Disease Control, the Food and Drug Administration and, ultimately, the U.S. Justice Department, culminating in a $25 million criminal fine that DOJ called "the largest fine ever imposed in a food safety case."

Messner, a climate science denier who has expressed reservations about a coronavirus vaccine and does not believe it should be mandatory, faces Brig. Gen. Don Bolduc in September's primary. The winner will take on incumbent Sen. Jeanne Shaheen, a Democrat, in the general. Messner was quickly endorsed by President Donald Trump, who has been credibly accused by 19 women of sexual misconduct and assault. Messner participated Thursday at a Women for Trump event in the Granite State.

What has gone largely unreported, however, is that Messner Reeves has fielded nearly 100 discrimination cases on Chipotle's behalf: Numerous employees have alleged over the years that the company tolerated abusive behavior, including dozens of allegations of sexual harassment, assault and gender discrimination.

Messner's firm has settled multiple suits against Chipotle on behalf of pregnant employees who allege they were denied special consideration, such as bathroom breaks and time off for medical emergencies. Other suits allege workplace sexual harassment and assault, at times in graphic detail. Employees routinely claimed that their attempts to address the issues with superiors led to retaliation, frequently including termination.

Though one recent case attracted some press coverage — it involved a teenage male employee who was allegedly sexually harassed by his supervisor, who at one point locked him in a freezer — most lawsuits appear not to have been the subject of any reporting. The restaurant settled the majority of them out of court, so terms are unavailable.

While a certain number of such cases can be expected for any large company with hundreds of retail locations, Chipotle has faced harassment and discrimination lawsuits more than three times as frequently as have Panera or Starbucks.

"Corky is against discrimination based on race, color, religion, gender, sexual orientation, national origin, disability, or age, as well as any and all forms of sexual harassment. He believes workplaces should provide a safe environment for all employees," Messner campaign spokesperson Mike Biundo said in a statement to Salon.

Biundo added that "lawyers are ethically bound to rigorously represent their clients in any and all matters." Messner, in his capacity as an attorney, "cannot comment on specific cases, settlements or dismissals involving clients, since that information is privileged communication that safeguards the privacy of both plaintiffs and defendants," Biundo said.

Messner has not personally litigated cases on Chipotle's behalf, but played a key role in securing the company as a client. Monty Moran, a Messner Reeves partner and close associate of Corky Messner, left the firm to head up Chipotle in 2005; he left that company in 2016.

In the late 2000s, Corky Messner served as Chipotle's general counsel, working shifts on the grill at a local franchise to better acquaint himself with the business. His signature appears on share offerings and other financial filings.

The harassment and discrimination accusations, as detailed in court documents reviewed by Salon, range in severity, up to and including physical assault.

A 2012 court filing describes an assault on a female employee in a restaurant bathroom. Her co-worker approached her there while she was cleaning, then grabbed her and violently assaulted her, stopping only when he heard a female manager enter.

The store owner then called a meeting with the woman and her abuser present, the court document says. In the meeting he allegedly asked the woman if she could work with her abuser if he apologized, and if she would be OK if the company offered to "remove you from this store." According to the filing, the woman declined, after which the owner said he would start his own investigation.

The company was sued for violating state and federal law for not firing the abuser and sweeping the assault under the rug. The case was settled.

In one filing, two female employees allege repeated discrimination, sexual harassment and inappropriate touching by their female manager. They said they were fired after they complained. That case was dismissed in 2013 following a settlement agreement.

Another female employee sued after alleged verbal harassment from a manager. The court document says the manager fired her after she registered complaints, and failed to pay her wages earned. The case was settled in 2015.

In one suit, a woman alleges she was fired shortly after she told her boss that she was pregnant. The restaurant did not offer a reason, she says, but advised her that she could reapply after having the baby. The case settled in December 2015.

In a 2012 suit, a pregnant employee alleged that her superior repeatedly harassed and inappropriately touched her at work. He fired her when she came to work late after a prenatal appointment, even though she had a doctor's note, according to the document. The court ruled against Chipotle, which appealed. The case settled before reaching a conclusion.

A filing from 2017 alleges that a Chipotle manager fired a pregnant employee when she missed work after two days in the hospital. The case was settled and dismissed in 2019.

At least one pregnancy discrimination case appears to be ongoing.