Gohmert was filmed not wearing a mask near Attorney General Barr on Capitol Hill. One day later, he tested positive 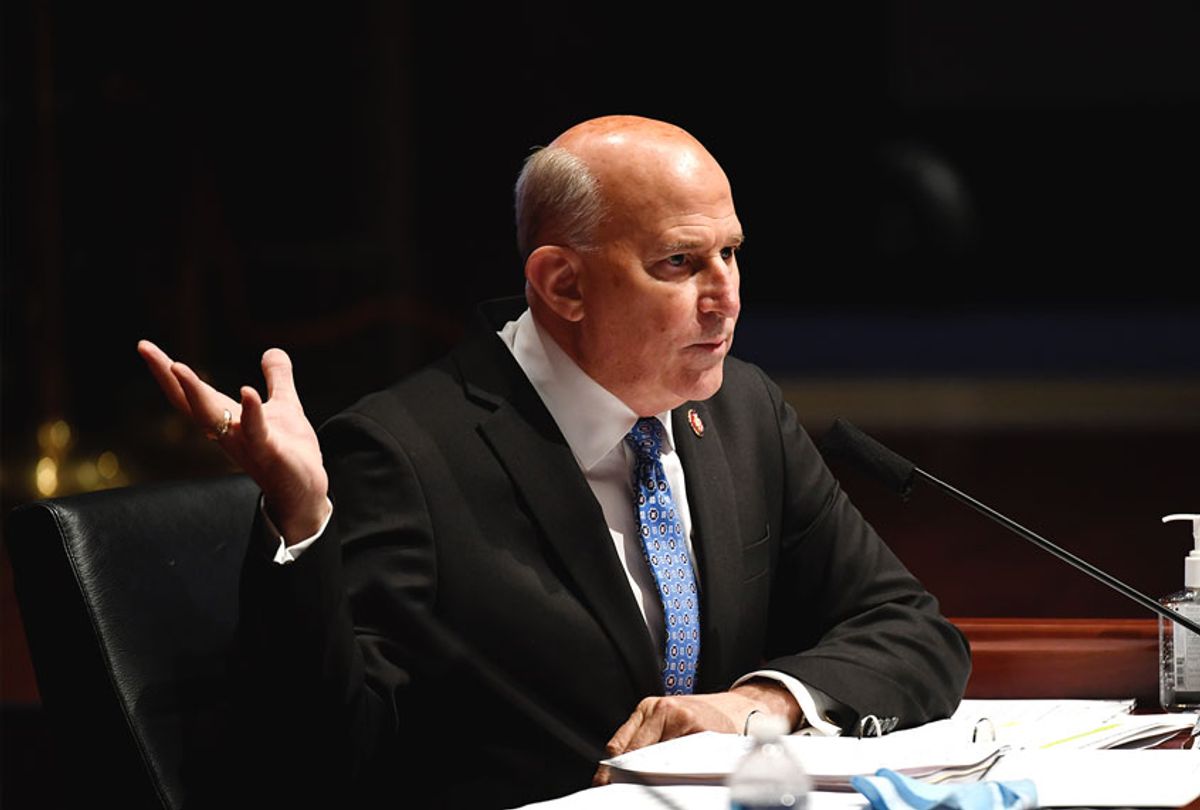 Rep. Louie Gohmert, R-Tex., who has publicly scorned face masks and not regularly worn one at work for months, tested positive Wednesday for COVID-19.

The GOP congressman got the results at a White House screening ahead of his scheduled flight to Texas that morning with President Donald Trump, CNN reported.

Barr will also get tested for the disease, Department of Justice spokesperson Kerr Kupec said Wednesday.

One of Gohmert's own aides asked Politico in an email to include "the fact that Gohmert requires full staff to be in the office, including three interns, so that 'we could be an example to America on how to open up safely.'"

"When probing the office," the aide's email continued, "you might want to ask how often were people berated for not wearing masks."

Gohmert returned to his office after testing positive so that he could break the news to his staff in person, reportedly catching some aides as they were departing.

The eight-term Republican has repeatedly expressed his disdain for facial coverings. He took a break from praising Trump at a White House roundtable in May to preemptively knock reporters in the room, saying the only reason the group would wear a mask was "to protect ourselves from you."

"We had tests, and nobody in here has the coronavirus unless it's somebody in the media," Gohmert said at the time. "So the only reason we would wear masks is if we were trying to protect ourselves from you, in the media, and we're not scared of you."

The Texas lawmaker claimed to CNN in June that he was not wearing a mask on the House floor because he was frequently tested.

CNN reporter Manu Raju on Wednesday reported that he had "never seen him wearing a mask on the House floor as he's carried on" with colleagues.

Speaker of the House Nancy Pelosi, D-Calif., authorized the House Sergeant at Arms last month to ban any member who refuses to wear a mask at committee hearings days after Rep. Tom Rice, R-S.C., tested positive for COVID-19.

A senior House aide said at the time, "Ultimately, chairs will have the option of not recognizing members in committee proceedings that fail to comply with the mask requirement."

"I'm so sorry for [Gohmert]," Pelosi told reporters Wednesday. "But I'm also sorry for my members who are concerned, because he has been showing up at meetings without a mask and making a thing of it."

The House speaker told colleagues in a Wednesday call that she would be unveiling a mandatory mask policy for the chamber floor.

Gohmert did not don a mask in a video statement confirming the reports, which he recorded in his office. He claimed that he was asymptomatic and would be "very, very careful not to give it to anybody else."

"Reports of my demise are a great deal premature," he said. "I took a quick test, but they get false positives sometimes, so they retested me with the swab that goes way up in your sinuses. It came back positive, too."

"Apparently, I have the Wuhan virus," he said. (The term for COVID-19, used among some Republicans, has been decried as racist.)

Gohmert added that he had consulted with Sen. Rand Paul, R-Ky., who tested positive for the disease in March. Gohmert said that Paul, the son of physician and former Sen. Ron Paul, assured him that "within 10 days or so, I should be fairly well immune."

The Texan also pushed back against unnamed critics on Twitter.

"I've worn a mask in the last week or two a whole lot more than I have in the last four months," Gohmert asserted.

The congressman also congratulated himself for evading a "fussing" from Judiciary Chairman Jerry Nadler, D-N.Y., by wearing a mask during Barr's hearing. However, he omitted his interaction with Barr.

Gohmert also suggested that his mask was to blame for his positive diagnosis.

"I don't know about everybody else, but when I have a mask on, I'm moving it to make it comfortable. And I can't help but wonder if that, you know, puts some germs in the mask," he said. "Keep your hands off the mask."

The blame game was more clearly articulated during an interview with local Fox News affiliate KETK-TV.

"I can't help but think that if I hadn't been wearing a mask so much in the last 10 days or so — I really wonder if I would've gotten it," Gohmert said. "But I know moving the mask around, getting it just right, I'm bound to put some virus on the mask that I sucked in. That's most likely what happened."

But such a suggestion contradicts science. The CDC recommends face coverings as a way to slow the spread of COVID-19.

"Cloth face coverings are most likely to reduce the spread of COVID-19 when they are widely used by people in public settings," the agency says on its website. "The spread of COVID-19 can be reduced when cloth face coverings are used along with other preventive measures, including social distancing, frequent handwashing and cleaning and disinfecting frequently touched surfaces."