In HBO's sobering "Weight of Gold," athletes reveal the mental toll of becoming an Olympian

"How many more dead Olympians do they need before they realize there may be an epidemic here?" 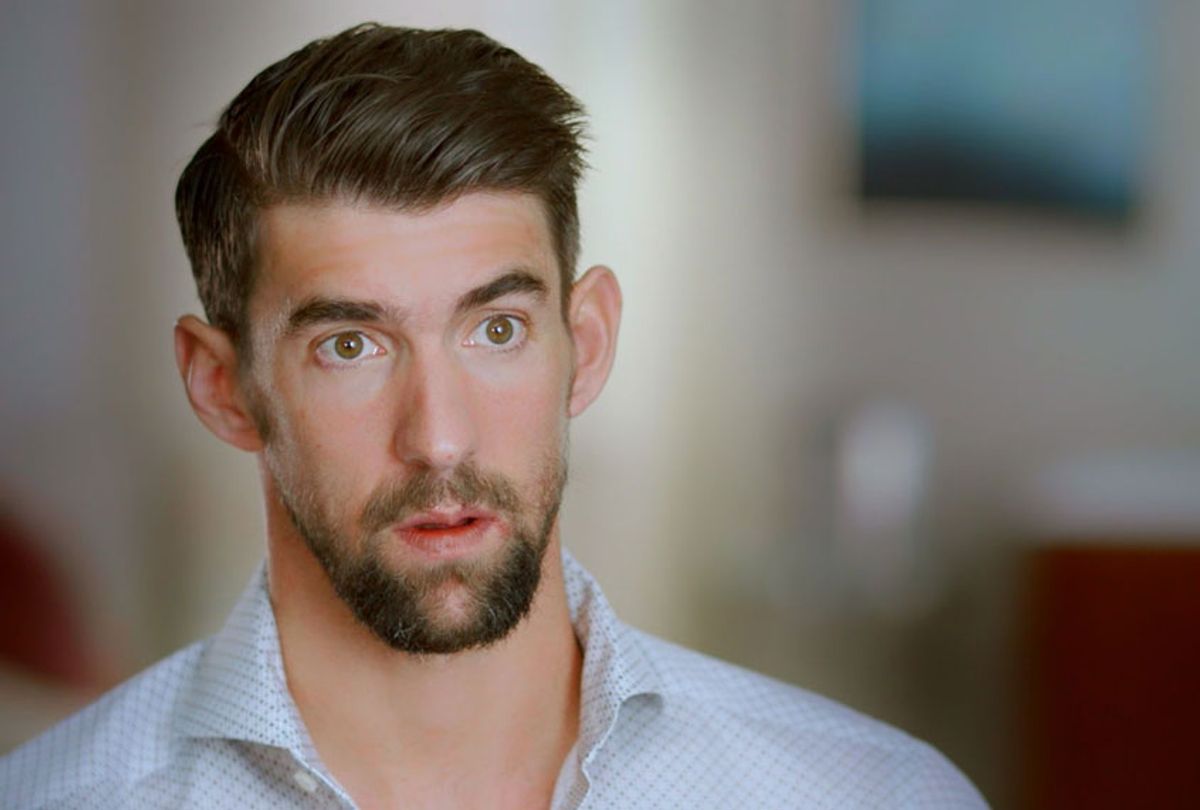 If roughly 40 seconds of athleticism dictated the outcome of your life (and how you think people will perceive you for decades to come) it's understandable that you'd begin to view yourself as more performer than person. That's what happened to swimmer Michael Phelps —who is the most decorated Olympic athlete of all time with 28 medals, 23 of them gold — after he was arrested for a second DUI in 2014.

"I thought of myself as just a swimmer and not a human being,"  Phelps says in the "Weight of Gold," a new HBO Sports documentary. "That's where I was like, 'Why don't I end it all?'"

It's a shocking admission, but as the documentary makes clear— which is hosted and executive produced by Phelps — he isn't alone in feeling that way. The timely film, which was originally set to premiere in conjunction with the 2020 Olympics, which have been postponed, turns the spotlight away from the event's fields, tracks, pools, and rinks and onto the mental health issues that are common among elite athletes.

It's estimated that about 80% of Olympians experience post-competition depression; from champions like Phelps, speed skater Apolo Ohno and snowboarder Shaun White, to perceived "disappointments" like hurdler (and eventual bobsledder!) Lolo Jones or figure skater Sasha Cohen.

Regardless of where they place on the podium, there are some commonalities in all their stories that explain how the potential for mental health issues develops long before arriving at the Olympic Village. Once these athletes are identified — often as adolescents — as having "Olympic potential," they are expected to commit to training hours a day, often exchanging a traditional childhood for the promise of an achievement that may not happen.

This is a practice that is currently coming under more scrutiny. Earlier this month, ESPN's "30 for 30" released "Heavy Medals," a seven-episode podcast series about legendary gymnastics coaches Bela and Martha Karolyi and the intense pressure cooker of a training camp they've run for decades.

In an interview with Salon, "Heavy Medals" host and ESPN senior reporter Alyssa Roenigk said she spoke with a number of Olympic gymnasts who described preparing for the 2000 Olypics.

"To hear someone like Tasha [Schwikert] say she cried herself to sleep every night at the Olympics as a 15-year-old because she was starving," Roenigk said. "Nothing is worth that, right? I mean, no gold medal is worth that. So many of them are our national treasures."

But as "Weight of Gold" lays out, our so-called national treasures don't necessarily live like it.

Lolo Jones, who is a two-time world champion and three-time U.S. champion, felt that her life was defined by the 2008 Beijing Games where she was leading the 100-meter hurdles, but failed to medal after clipping the penultimate hurdle. She eventually competed for the U.S. bobsled team, making her one of the few athletes to compete in both the summer and winter Games.

But she still went on to work at a smoothie bar at a recreation center for $7 an hour, where she would sometimes catch replays of her races on the gym televisions. Ohno brings up that a month after his Olympic run, his health insurance ran out, and that many athletes are actually deeply in debt due to coaching, lodging and travel expenses.

It's not all sponsorship deals and Wheaties boxes.

Through it all though, as all the stresses and expectations build up — all the pressure from coaches, fans and yourself — mental healthcare resources for Olympic hopefuls are still lacking. Of course, part of this can be attributed to the general stigma surrounding mental illness and depression that exists in the country as a whole, but another part of this is that we need better language to talk about what happens when you build your entire life around a single sport and suddenly that identity is stripped away.

In "Weight of Gold," we see what happens as a result of not having that language. As Gracie Gold, a figure skater who has been incredibly vocal about her struggles with depression and its impact on her training puts it, "How many more dead Olympians do they need before they realize there may be an epidemic here?"

As a documentary, "Weight of Gold" maintains a steady pace, aided by well-placed archival footage and a star-studded cast who lend their deeply personal stories and struggles, which really helps the filmmakers stick the landing after building up to an important message.

One point of criticism is that the lack of diversity of voices presented in this film is really stark, especially as continued protests around the country are encouraging many to interrogate topics of white privilege and Black personhood. The Olympians interviewed for "Weight of Gold" are overwhelmingly white (Jones is biracial, and Ohno is half Japanese), and some insight into the specific struggles and biases faced by athletes of color would have added to the documentary's timeliness.

However, especially in the absence of the 2020 Olympics, "Weight of Gold" remains essential viewing. Inherent to the documentary is the message that if those at the top of the world podium struggle with mental health and can ask for help when it's needed, perhaps the stigma will be reduced for the rest of us.