Premade pie dough is the basis for this flavorful, savory pastry — perfect for breakfast, lunch or dinner 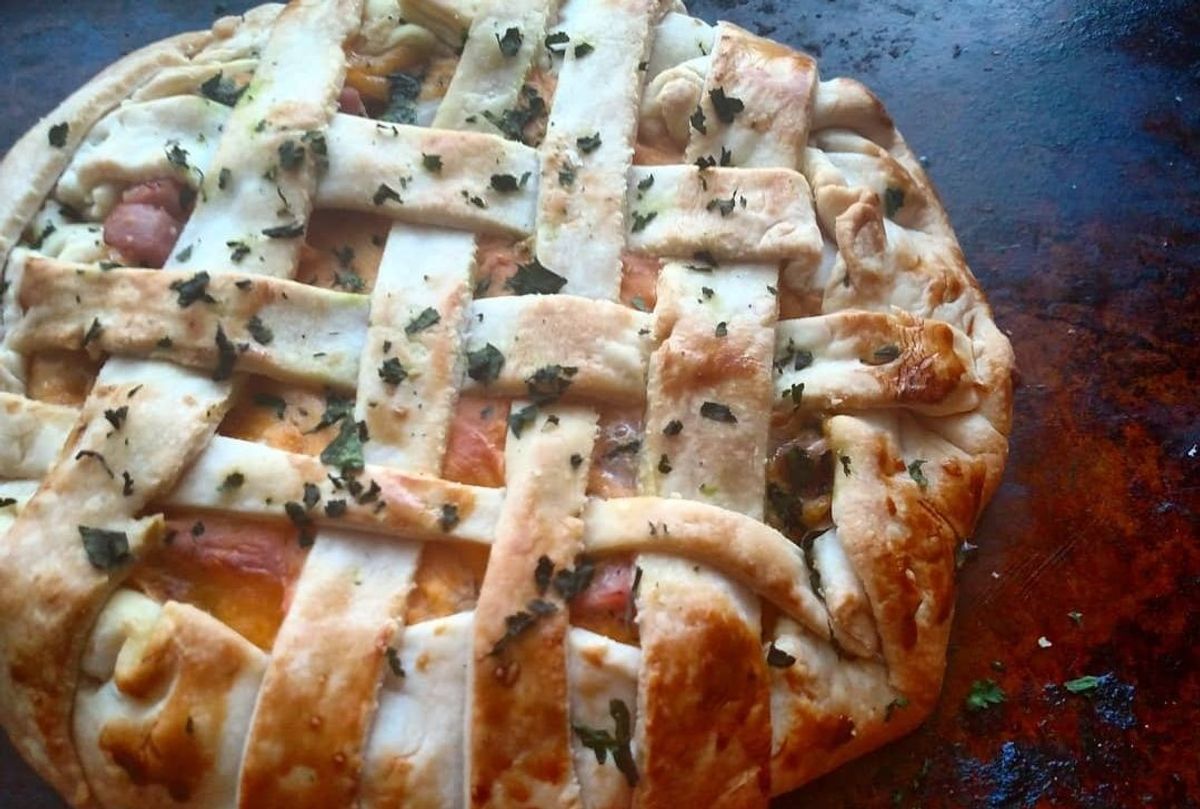 Like many, once the pandemic hit, I initially used the extended hours at home as an opportunity to experiment with recipes I'd bookmarked and filed away as "projects" for when I had the time. I'm talking about those all-consuming, multi-step (or day) dishes that require time to rise, an unwavering attention to detail, or potentially even dragging out the blender. For the first few weeks of quarantine, I found solace in learning to roll and braid babka, ordering obscure ingredients online and finally cracking open my Yotam Ottolenghi cookbooks.

But then, a switch was flicked.

I'm not sure if it was general fatigue or the dawning awareness that the "new normal" was gut-wrenchingly isolating and that this was only just beginning, but one morning I woke up, looked at the bowls of dough that were taking up a solid 60% of the space in my refrigerator as they cold-proofed, and realized that I would gladly give up my remaining yeast stash for a couple bags of cheese puffs, a slice of Funfetti birthday cake and a box of Smuckers Uncrustables.

Where initially the lengthy cooking process served as catharsis, I hit a point where I craved comfort in the form of convenience and intense (maybe synthetic?) flavor. This recipe is something of a middle ground between the two.

A galette is French pastry similar to a tart or a hand pie; it's essentially pastry dough wrapped over a sweet or savory filling. They tend to have a moment every summer when fresh fruit becomes plentiful and people tend to find their rustic-chic aesthetic appealing (meaning galettes have a tendency to burst, but it's not a huge deal — you just cover any imperfections with a scoop of vanilla ice cream). And that moment just happened to coincide with an intense craving of mine for a Hot Pocket.

Thus, this ham and cheese galette was born.

It's simple — packaged pie dough does most of the work — but flavorful enough to keep me from totally raiding the grocery store freezer section.

1. Preheat your oven to 425 degrees and lay one of the premade pie dough rounds on a greased baking sheet. (Slice the other dough round into 1-inch strips for the optional lattice topping).

2. In a small saucepan, melt the butter and add the minced shallot, stirring over low heat until the shallot is translucent. At that point, add the ham to the pan, stirring with the shallot until both begin to lightly brown.

3. Allow the mixture to cool slightly and then stir the cheddar cheese through until slightly melted. Spoon this filling onto the prepared dough circle, leaving about a two-inch border around the edge.

4. Fold up the uncovered border over the edge of the filling and pinch into pleats. You can cook the gallette as is, but to create a texture more reminiscent of a ham and cheese Hot Pocket, I added a lattice topping. Here is a great tutorial on the pattern to get you started.

5. Brush the dough with the egg mixture and place in the oven.

6. Bake for 15 to 20 minutes, until the crust has turned a light golden brown. Remove from the oven and allow to cool for at least five minutes before slicing.