Neonicotinoids, thought to be responsible for colony collapse disorder, have detrimental effects on birds, too 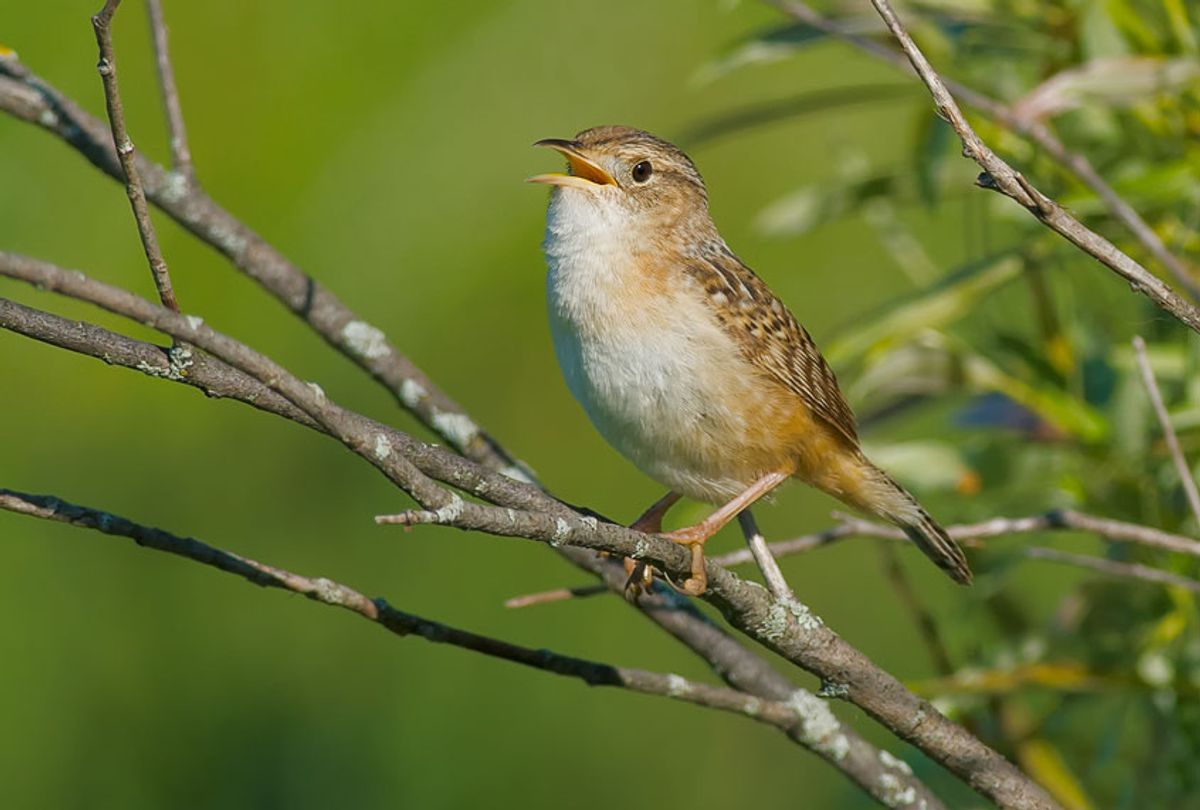 Environmentalists and farmers were relieved to discover that the mysterious and sudden drop in bee populations in the past decade turned out to be linked to neonicotinoids, a class of insecticides that are chemically akin to nicotine. Solving that mystery was not merely important to ecologists, but also crucial to human survival: if major bee communities become extinct or near-extinct, it could devastate human food sources.

Yet as history shows, pesticides applied to kill one type of pest don't generally stay confined to those animals. (See also: DDT.) Horrifyingly but perhaps unsurprisingly, scientists now believe that bees aren't the only animals that are adversely affected by neonicotinoids. Many bird species, too, appear to be in decline as a result of neonicotinoids trickling up through the food chain.

According to a new research paper published in Nature Sustainability, rising use of neonicotinoids led to a drop in bird biodiversity in the United States between 2008 and 2014, scientists say. While bird populations have been steadily dropping anyway — the authors note that the bird population in the United States has dropped by an estimated 29 percent since 1970 — the researchers were able to separate out the general drop in bird biodiversity from the specific drop that appeared to be due to neonicotinoid spraying.

"Although neonicotinoid [pesticides] are applied at lower rates per acre than non-neonicotinoids, they are considerably more toxic to insects and generally persist longer in the environment," the authors explain. Because birds can ingest neonicotinoids when they eat crop seeds or aquatic or emergent insects, there appears to be a correlation between consuming the pesticide and a decline in some bird populations.

In case one doubted the relationship between these pesticides and bird populations, there is another, very telling data point. In counties where neonicotinoid use declined, bird populations actually increased. "We do find a few counties in the northeastern and western United States where the use of neonicotinoids decreased over this period, leading to a small positive impact on bird populations," the researchers write.

This is not the first study to draw attention to the possible impact that neonicotinoids could have on birds. Last year researchers at the University of Saskatchewan found that the pesticide imidacloprid, which is also a neonicotinoid, had a negative impact on the ability of migrating birds to lead healthy lives and successfully reproduce. In that study, white-crowned sparrows lost weight and delayed migrating after ingesting just a small amount of the pesticide.

The new study about neonicotinoids' impact on birds forms the crux of a larger body of concern over the ways in which pesticides affect vital insect populations, particularly bees. In 2017 European scientists revealed that neonicotinoids can have a negative impact on pollinator health during normal agricultural conditions. They tested the effects of crops treated with neonicotinoids for three different bee species across three separate countries (Germany, Hungary and the United Kingdom). The scientists found that there was a negative correlation between neonicotinoid residues and reproductivity among two species of wild bees, indicating that neonicotinoids may lead to "a reduced capacity of bee species to establish new populations in the year following exposure."

Another study, published in Nature Ecology & Evolution in 2017, examined the impact of the pesticide on bumblebee queens and found that "exposure to neonicotinoid insecticides could have dramatic impacts on bumblebee queens, leading to fewer bumblebee colonies, less pollination, and ultimately population extinctions."

Bees are estimated to be responsible for pollinating more than 70 of the top 100 crops that make up 90 percent of people's diets, and are crucial to the production of a number of commonly used products including elastic, musical instrument varnish, medical wound dressings, cotton, lip balm, skin cream and cotton.