“This is what collusion looks like”: GOP-led Senate report “far more devastating” than Mueller probe 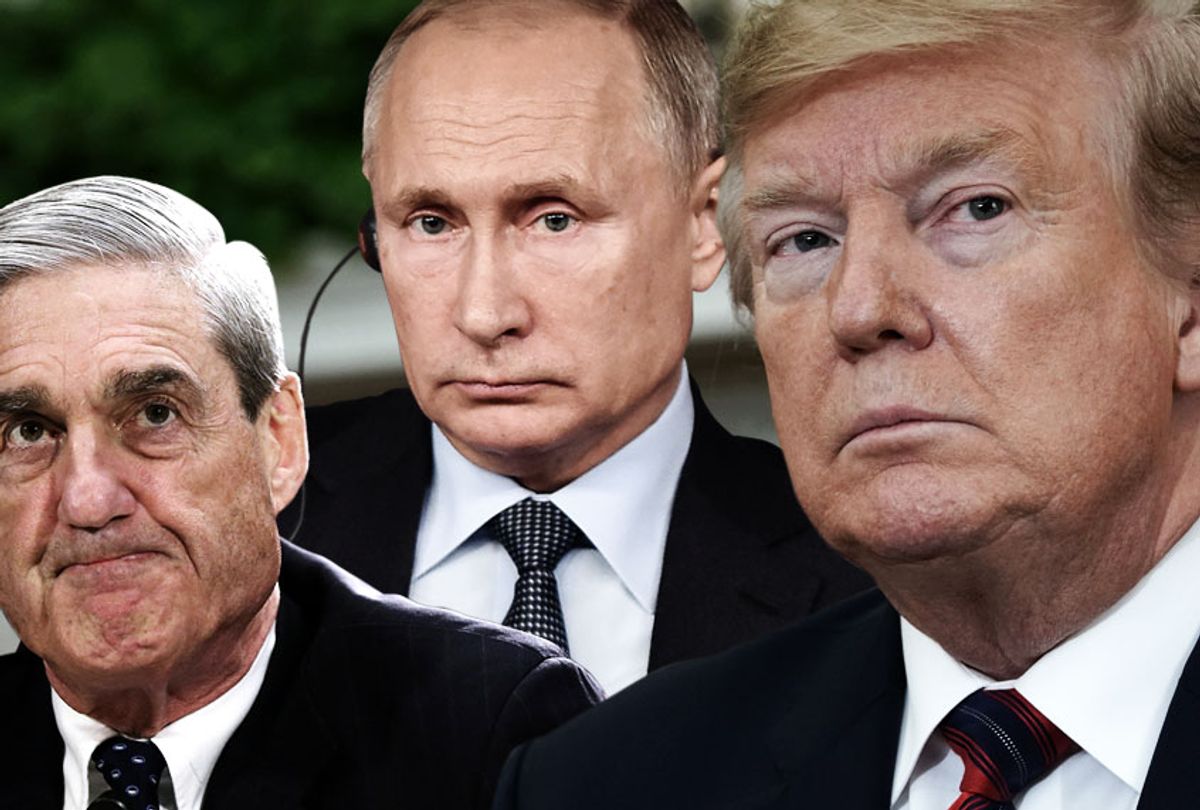 The committee, which is chaired by Sen. Marco Rubio, R-Fla., on Tuesday released its fifth and final report, totaling nearly 1,000 pages, following a three-year bipartsian investigation into Russia's interference in the 2016 election. The report documents the extent to which Russia sought to influence the election — and members of Trump's team welcoming their assistance.

"The Senate report — even more extensive than the Mueller investigation — paints a far more devastating picture of Russian intelligence operatives' access to the Trump campaign, describing far more insidious connections than even Mueller did in his report," Politico's Kyle Cheney wrote.

The report, like Mueller's, did not conclude that Trump's campaign coordinated with Russia, but it found that Trump campaign chairman Paul Manafort worked with a "Russian intelligence officer" and handed him internal campaign data. The report also suggested that Manafort might also be linked to Russia's hack of the Clinton campaign.

"The committee obtained some information suggesting that the Russian intelligence officer, with whom Manafort had a longstanding relationship, may have been connected to the G.R.U.'s hack-and-leak operation targeting the 2016 U.S. election," the committee's Democrats wrote. "This is what collusion looks like."

The report found that Konstantin Kilimnik, a longtime associate of Manafort, was a "Russian intelligence officer" who might be connected to Russia's "hack and leak operation." (Manafort provided internal Trump campaign polling data to Kilimnik.)

While the Senate Russia report mentioned Kilimnik 819 times, the House Republican report did not mention him once. The Senate report also found that Kilimnik later "almost certainly helped arrange some of the first public messaging that Ukraine had interfered in the U.S. election." Trump has repeatedly echoed the claim that Ukraine interfered in the election — not Russia.

Another part of the report also cited evidence raising the "possibility of Manafort's potential connection" to the hack and leak operation, though the evidence was redacted.

The report described Trump's former campaign chief as a "grave counterintelligence threat," who worked with Russian operatives before and after the election.

The report also found that Trump did discuss WikiLeaks with longtime adviser Roger Stone, even though he told Mueller's team that he did "not recall" doing so. It also revealed that Stone directed an associate to request a leak of hacked emails by Clinton's top aide when the infamous Access Hollywood tape dropped. The emails were published a half hour after the release.

Like the Mueller report, the Senate report also detailed efforts by Trump and his team to impede the years-long probe.

Sen. Mark Warner, D-Va., the vice chairman of the committee, urged the public to "review the documented evidence of the unprecedented and massive intervention campaign waged on behalf of then-candidate Donald Trump by Russians and their operatives and reach their own independent conclusions."

Rubio, however, tried to spin the report as favorable for the president.

"We can say, without any hesitation, that the committee found absolutely no evidence that then-candidate Donald Trump or his campaign colluded with the Russian government to meddle in the 2016 election," he said in a statement.

"What the committee did find however is very troubling," he added. "We found irrefutable evidence of Russian meddling."

But Rubio's statement brushed over actions by Trump's advisers, as well as the president's own statements to investigators.

One part of the report notes that Trump told Mueller in written responses that he did "not recall" discussing WikiLeaks with longtime adviser Roger Stone, who was later convicted in the former special counsel's probe before being granted clemency by the president.

"Despite Trump's recollection, the committee assesses that Trump did, in fact, speak with Stone about WikiLeaks and with members of his campaign about Stone's access to WikiLeaks on multiple occasions," the report said.

Stone "obtained information indicating" that Clinton campaign chief John Podesta would "be a target of an upcoming release, prior to WikiLeaks releasing Podesta's emails . . . Stone then communicated his information to Trump," the report said.

The report also noted that the Senate investigation was met with "unprecedented potential executive privilege claims" from the White House.

"The committee was surprised by these assertions, because they were made inconsistently and because they have no basis in law," the report said.

"The Trump campaign publicly undermined the attribution of the hack-and-leak campaign to Russia and was indifferent to whether it and WikiLeaks were furthering a Russian election interference effort," the report added.

The report further concluded that Donald Trump Jr. might have obstructed the investigation, but the panel declined to pursue the issue due to "time and resource considerations."

Trump Jr. participated in the infamous Trump Tower meeting with Kremlin-linked lawyer Natalia Veselnitskaya about obtaining dirt on Hillary Clinton. Veselnitskaya's ties to the Russian government "were far more extensive and concerning than what had been publicly known," the report said.

The report concluded by warning that "what happened to the United States in 2016 should be an alarm bell."

"Russia is actively interfering again in the 2020 U.S. election to assist Donald Trump, and some of the president's associates are amplifying those efforts," the report said. "The Russian intelligence services' assault on the integrity of the 2016 U.S. electoral process, and Trump and his associates' participation in and enabling of this Russian activity, represents one of the single most grave counterintelligence threats" to the homeland.