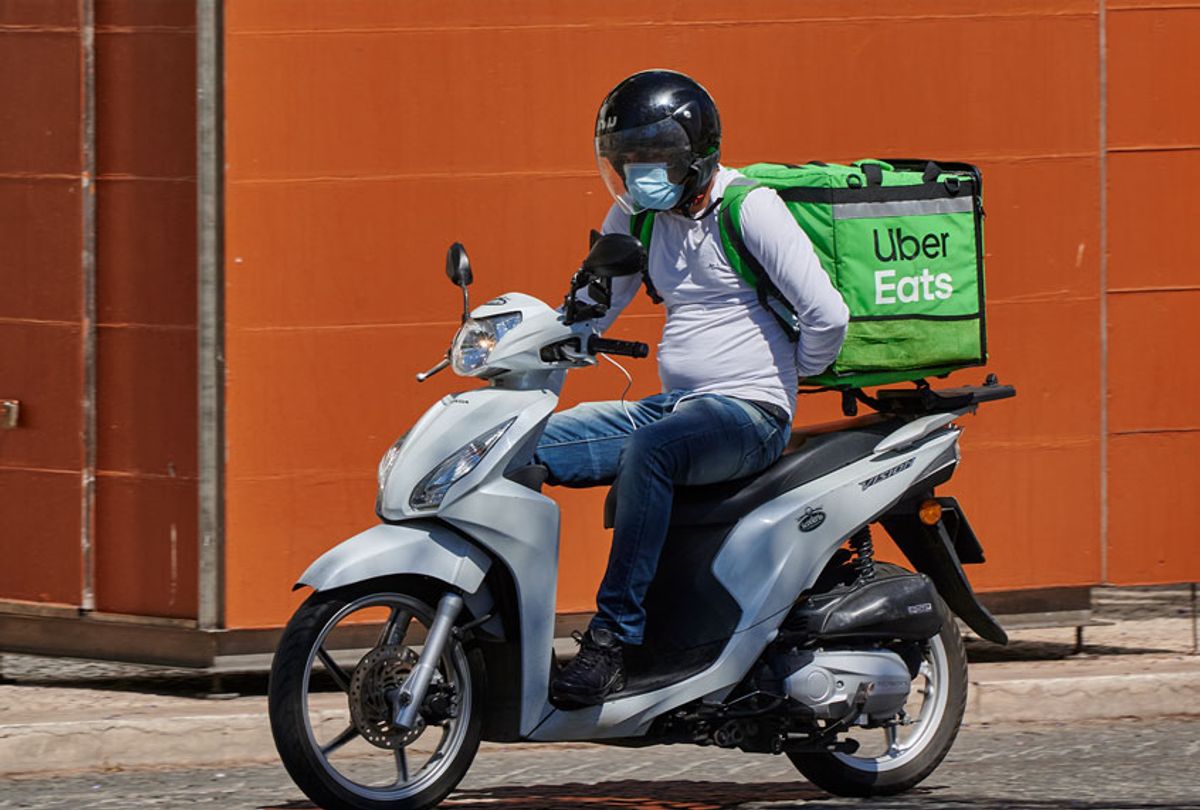 Uber Eats workers may have overheard the internet buzz about a new browser plug-in, cheekily called "Uber Cheats." The reason for the pun, as the browser extension's author makes clear, is that he claims the food delivery platform underpays its employees. And he has the receipts to prove it.

"I had this one delivery that was an hour-and-a-half long and I got paid $16 and I thought, 'There is no way that's right,'" Armin Samii, an unemployed computer scientist who has been working Uber Eats on the side, told Salon. "I looked into it and found out that Uber paid me for a one mile delivery instead of a four mile delivery. Of course it's all made worse because I'm on a bike and they don't account for that, but that's a separate issue. I called them and said, 'Look, it's one mile instead of four.' And they replied, 'You need to go to email support.'"

Samii then had a prolonged email exchange with Uber Eats, in which the company denied that there was any bug on their end and gave various pieces of troubleshooting advice to the frustrated delivery person. Eventually, Samii decided to cut to the chase.

"I said, 'Look, this is a simple issue. You've underpaid me. It says right here, you paid me for one mile and I traveled four,'" Samii told Salon. "Eventually I got on the phone, I got their consent to record the call, got them to admit that there is a bug and they paid me a fair difference. It [was] only $4, but they admitted the bug in the end."

After this experience, Samii began to wonder how widespread the problem was. Hence, to rectify the situation, he created a Google Chrome extension that he claims allows users to determine whether the company has underpaid them for their work.

"Now I'm seeing tons of people saying, 'Hey, look at all of these cases where Uber underpaid me. They miscalculated the payment of distance traveled,'" Samii told Salon. "So far my data shows like 25, 30% of trips were underpaid by about 2.5 miles on average. So this is pretty widespread and pretty egregious. And I don't think Uber has any plans to fix it."

Salon reached out to Uber for comment regarding the accusation that it underpays employees.

"Just as people ordering food can see how much they will pay in advance, delivery partners will now see how much they'll make on a delivery pre-tip, alongside other details before they decide to accept it," an Uber spokesperson told Salon. An Uber spokesperson also told Salon that it changed its pricing starting in 2019 to show an upfront fare to delivery people that they can accept or reject, intended to give delivery people the best expectations of their earnings at the outset of each trip.

In addition to the alleged underpayment, Samii told Salon that he has concerns about whether Uber Eats is sufficiently transparent about how employees get paid. "If you have to wait at a restaurant for 15 minutes, there's no way of knowing, 'Should I wait it out or should I cancel the order and not get paid?'" He also claimed that Uber Eats is not considerate of bike couriers, from sending them on inconvenient routes (such as having to cross highways and bridges) to paying people who deliver by bicycle using the same standards that are applied for cars.

An Uber spokesperson told Salon that they work to ensure that the price for each trip accurately reflects the distance, effort and time required of their delivery personnel. A spokesperson also told Salon that if orders take longer than expected and the courier is forced to wait, their final receipt will show that they earned more than the upfront price they had accepted.

Salon also spoke with Christopher Kusek, the founder of a security company, former CTO and engineer architect. After studying the situation, he said that he struggled to come up with an innocuous explanation for what he says are discrepancies between what Uber Eats owes its employees based on its own pay structures, and what it actually winds up paying them.

"It'd be one thing if they weren't correlating this based upon distance, but when they're logging inside of their software to say, 'we're paying you for this distance,' and the reality is that the distance between those two points was actually significantly greater," Kusek told Salon. "I feel like that goes away less from what I believe, and more to the actual truth of the matter of the data that they're actually using and reflecting."

He said his experience has caused him to wonder about whether there is a much larger problem, one that would be problematic in normal circumstances but is significantly more troubling if it's occurring during a pandemic.

"If it happened for me on a very small scale where I did maybe 50 drives, and... a large portion of those were impacted," it could result in a fairly large loss of wages owed, Kusek said. "I think at the larger scale of all of the other drivers out there, especially in pandemic-type situations — that's a substantial problem. You take the next 10 drivers, you take a hundred drivers, [at] that scale. . . . that's a lot of money, and that's a big impact."

The issue may be somewhat innate to Uber's business model, which, like many gig economy companies, relies on intentionally obfuscating wages and pay structures in order to entice workers to work for them. Earlier this month, a judge in California ruled that the company — as well as their ridesharing competitor, Lyft — must classify their workers as employees, which it had previously not done in order to avoid paying them better or provide them with labor protections and benefits. Contract workers from both companies have protested in front of CEOs' homes to raise awareness of Uber and Lyft's joint scheme to refuse to classify their workers as employees, despite a California law last year requiring them to do so.

Lyft announced that it would suspend rideshare operations in California on Thursday morning in response to a court order requiring them to make all of their drivers into employees, though in a conversation with Salon in the afternoon they walked back that announcement.