The filmmaker & star spoke to Salon about her cinematic style, Ava DuVernay coming on board, and women with secrets 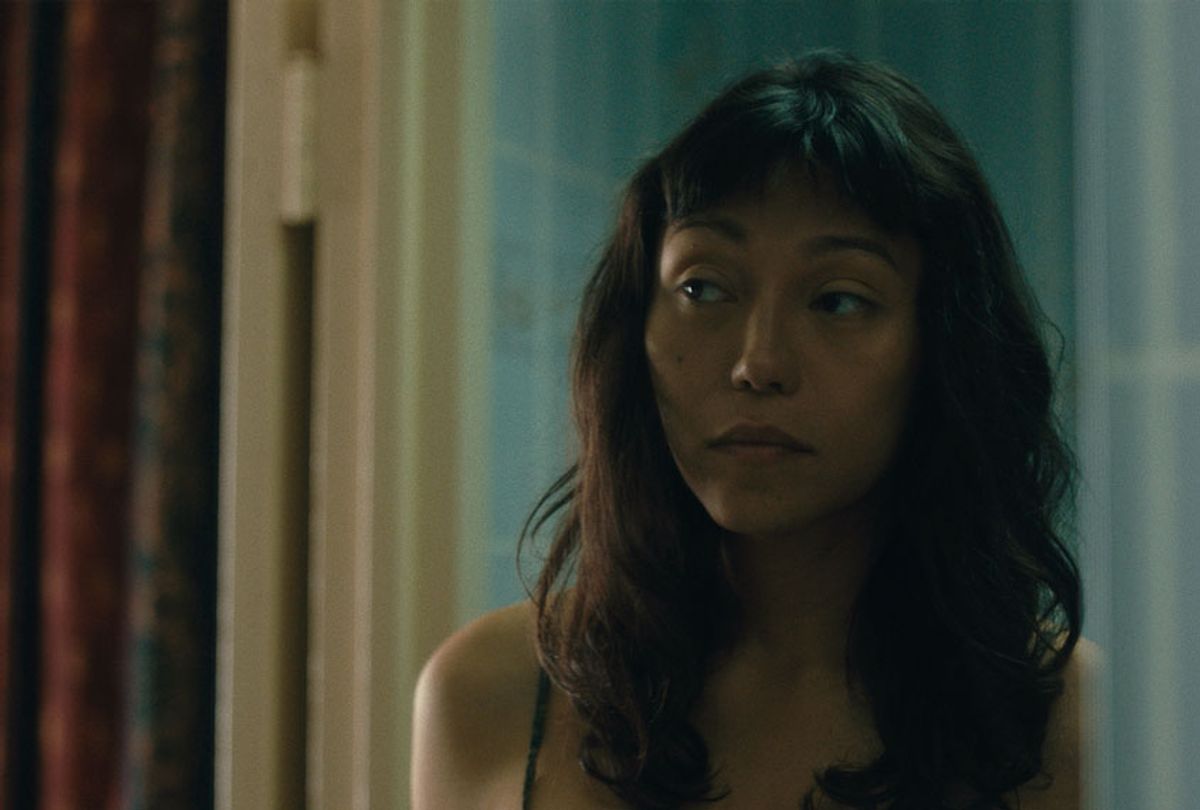 In the new-to-Netflix film "Lingua Franca," viewers follow the story of Olivia  — played by the film's director and producer Isabel Sandoval — a trans woman who recently immigrated from the Philippines and is now working as a caregiver for Olga (Lynn Cohen), an eldery Russian woman in Brooklyn's Brighton Beach neighborhood.

Initially, Olivia's main motivation is to secure a green card to stay in America, but she unexpectedly falls for Olga's adult grandson, Alex (Eamon Farren), who doesn't know that she is trans. However, she is eventually outed, and her safety, sense of self and immigration status are threatened.

"Lingua Franca" originally debuted as part of the 2019 Venice International Film Festival Venice Days program, where it made history as the first film directed and starring an openly trans woman of color to screen in competition. It is now being released by Ava DuVernay's ARRAY, a grassroots distribution, arts and advocacy collective focused on films by people of color and women.

Sandoval spoke with Salon about the inception of the film, her desire to subtly chronicle New York City's immigration in her film, and what it was like working with ARRAY.

From the top, one of the things that I found most interesting about this film is that we have the title, "Lingua Franca," which refers to a kind of bridge language that allows two people from different backgrounds to communicate. But in this film, what is really important is what's left unsaid between Olivia and Alex. Was that irony intentional?

Yes, that was the intention. As a filmmaker, I've always been kind of fascinated with languages, but also silence. You know, the dialogue that the characters speak, how they communicate, not purely to express and articulate how they really feel, but to obfuscate and distract from what they really mean.

There are the silences and the pauses when we're just observing the characters in solitude and revealing more truth about what's going on inside them.

You wear a lot of hats in this production. You wrote, directed, edited and produced it, in addition to acting in the role of Olivia. What made you realize you wanted to tell her story?

You know, a French filmmaker, [Jean-Luc Godard] once said that filmmakers make the same move over and over again, so they revisit the same themes, and are obsessed with the same conflicts and issues that are perhaps unresolved in their own lives. They feel that it's a go-to theme.

[For me], it's women with secrets, or women who are at a power disadvantage or are marginalized, or made to confront very personal choices. And make private decisions in a fraught sociopolitical milieu and setting

And yeah, after I finished my second feature, "Apparition," I started my gender transition and that's when I started writing a romantic drama about a trans woman living in Brooklyn who will become involved with a man who is not aware that she is transgender.

But it wasn't until Trump got elected — I was halfway through writing the script . . . that really influenced and colored what would become the prevailing mood and tone of the film. I was plunged into a kind of existential crisis and I felt really anxious and tense and just uncertain about what's going to happen to minorities and people like me, both on the level of someone who's wanting to be a citizen, and also as a filmmaker who's writing a film about the current situation.

Because I've come from a country that had experienced, you know, been put under a dictatorship, I felt that everything that was going on in the U.S. at the time just hit really close to home. That's really the mood that I wanted to capture and distill and hopefully I did.

Speaking of marginalized populations and your desire to share their stories, I thought it was an interesting choice that two of the main characters in Olivia's orbit — her love interest Alex and his grandmother Olga — are not just generically "white." Olga is an elderly Russian woman living in Brooklyn's Brighton Beach neighborhood. Why did you make that choice to include her immigration story?

I feel my own experience having lived in New York City, it really is a place populated by immigrants. You know, for the most part, people have moved to New York City from other countries, whether they are first, second or third generation. In fact, I feel like when you visit the different neighborhoods and boroughs — Queens and Brooklyn — every few streets is a totally different ethnic neighborhood. You know, Italian, Irish, Greek, Filipino, Russian.

It kind of shows you the last 200 years of the history of immigration in New York City. I wanted "Lingua Franca" to kind of document that in a way. As an immigrant, I'm more conscious of other immigrant groups around New York City and that's what I wanted to chronicle and show — that it is ultimately a story between immigrants.

Filipino narratives are rarely seen in mainstream American film or television. Do you hope that "Lingua Franca" will open the door for more?

I mean, I'm definitely going to make more movies that center Filipino and Filipino-American experiences, but it's tricky for this film because it's not a commercial or mainstream production. I feel like even after the success of "Crazy Rich Asians," which was meant to be studio entertainment and did really well at the box office, I feel like these kinds of movies are considered more anomaly and just "trendy."

But I've been really heartened by the positive response to a film like "Lingua Franca," because it talks about a very particular and — when you think of its commercial prospects — a very niche experience and perspective. And for it to be received well, I hope it encourages other aspiring filmmakers and artists to tell the stories they have wanted to tell. I also think it was a kind of political statement for me to be both the talent in front of and behind the camera, making a film at this time.

Speaking of your experience behind the camera, as you mentioned, this is your third feature film — preceded by "Señorita" or "Apparition." How do you think your aesthetic as a director has developed, and how do you think "Lingua Franca" showcases it?

Certainly, I feel like I've been heavily influenced by slow cinema and artists from Europe and Asia — Ingmar Bergman, Rainer Werner Fassbinder, as well as Wong Kar-wai. I felt like the first two films, I was making deliberate nods and homages to the works of those directors. I thought making those references, cinematic references — I felt like in "Lingua Franca," I outgrew that in some sense.

Even though there are references to the works of master filmmakers in my own work and in "Lingua Franca," I appropriated those as a means to express and articulate my own ideas and vision for this film. I conceived "Lingua Franca" with my own idiosyncratic and distinctive vision for it and kind of just borrowed, so to speak, from the cinematic masters if I felt like there was a way to make it mine.

What was it like collaborating with Ava DuVernay's ARRAY for the release of this project?

I feel very much at home with ARRAY and having Ava release a film like "Lingua Franca" because she is also someone who started outside the industry and created her own opportunity and did things her own way. I think both of us kind of have a very DIY approach to things in that, you know, she worked as a publicist before. I don't think Ava went to film school, but she was an autodidact. She learned as she went along.

That's also my own strategy and my approach about my work and my own career. When I made this film, i wasn't trying to make a film that would necessarily fit the "Sundance formula" or South by Southwest. I made a film that I really wanted to make, even though people may not end up liking it, but really taking creative and aesthetic risks. That fortunately paid off and [it] was validated by festivals like Venice and London, and now it's getting picked up by Ava DuVernay, and she has always championed and amplified the voices of underrepresented filmmakers, so I'm very ecstatic and honored that she is releasing the film.