This two-ingredient, one-pan apricot tart is the simple way to make a French classic

If you embrace canned fruit, you can make an elegant dessert in half an hour flat 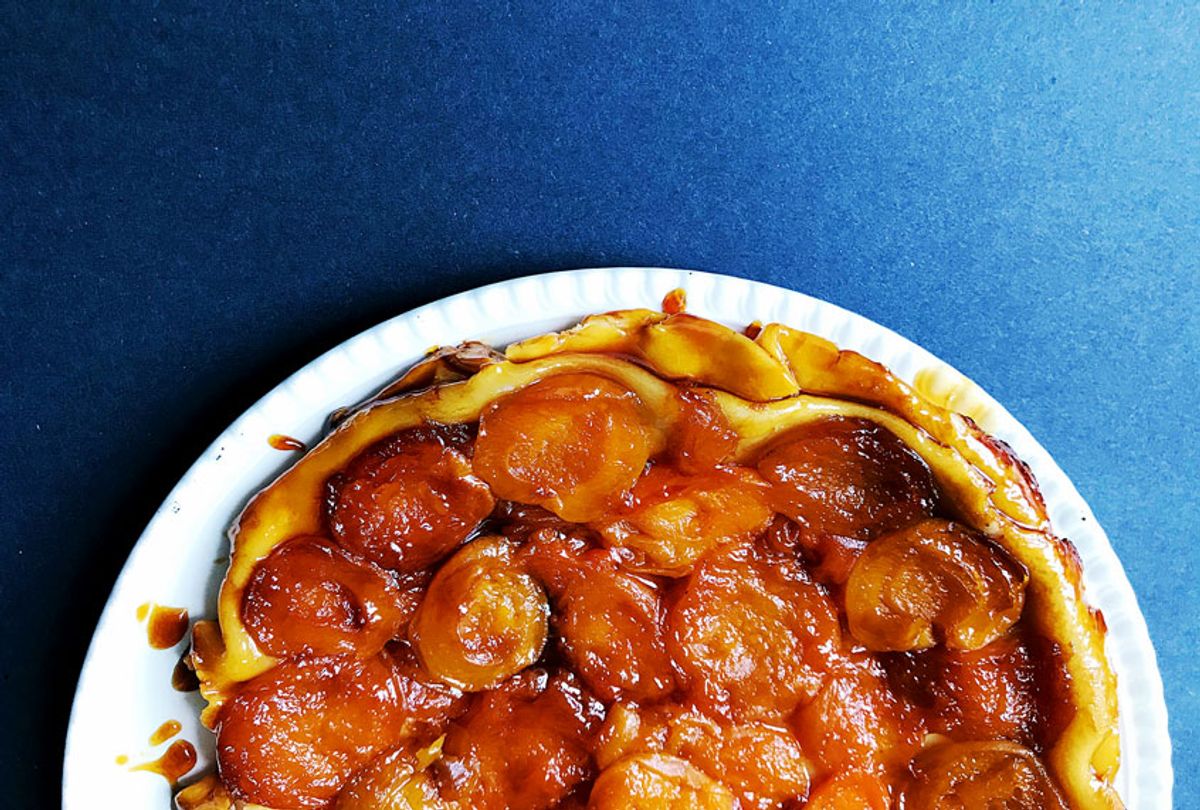 Only a heretic would even look at canned fruit in August. Only a monster would crank open the Dole in the midst of a season lousy with perfectly ripe stone fruits. Hello, I'm that monster. Join me, won't you, on this delicious road to culinary treason?

On most mornings as of late, I'll cheerfully slice up a fresh peach to add to my oatmeal or a plum to nestle in my yogurt. Come dinnertime, however, I'm anxious and exhausted after having endured at least one meltdown under my family roof (or sometimes playing the starring role). I'm at my most fragile, and I don't want to peel anything, chop anything or even uncork anything. Let's put it this way: This was the summer I got into canned wine.

To that end, I like having canned fruit around, mostly to whizz up in the blender and turn into popsicles. But as my thoughts of late have been turning to fall — or apple cider donut time, as I prefer to call it — I've began to think there must be a way to retool a tarte tatin for both warm weather and frazzled nerves.

I love the classic French apple dessert. Why would anyone make apple pie when you can throw the same elements together and wind up with something sticky, caramelized and absolutely gorgeous? I also appreciate the dish for its brief ingredient list: pie dough or puff pastry, sugar, butter and apples. Seriously, that's it.

Plenty of other home cooks before me have applied the dish's basic principles to other fruits, but a deep internet dive at first didn't reveal too much love for the canned stuff. At last, a detour led me to a recipe blessed by no less than a master of French cooking himself.

In his 2004 "Fast Food My Way," Jacques Pepin takes ordinary canned peaches, deeply caramelizes their syrup and turns the whole works into an elegant dessert. Pepin is one of the most renowned chefs in the world, but the guy is also a genius at making magic with whatever is on hand. His dessert recipes rely on bread, nuts and the like to make showstoppers of humble ingredients. In his follow-up cookbook, he crafts a pear tart with a tortilla. Who says French means fussy?

Jumping off from Pepin's inspiration, you can use canned pears, pineapple or whatever else rocks your world, and you're halfway to a beautiful dessert. This week, I put together an apricot tatin in a half hour flat, and I still had time to pop open a can of pinot grigio before dinner even touched the table.