Want an alternative to burgers and hot dogs? Try this twist on a California classic 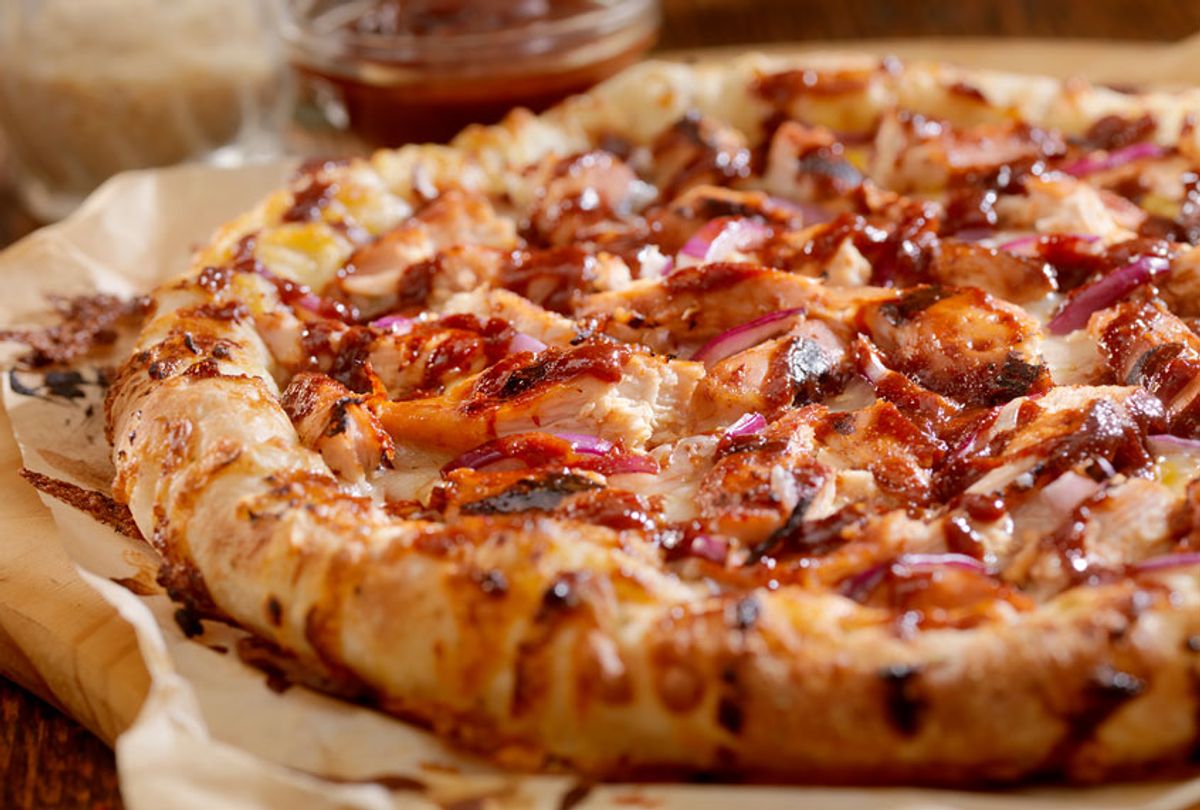 While barbecue chicken pizza isn't necessarily a classic in the way that a traditional margherita or pepperoni pie is, it's pretty ubiquitous at pizzerias across the country — a phenomenon that has ties to legendary chefs and is an emblem of the California pizza movement that they helped inspire.

By most accounts, the history of the California pizza — an extension of the Neapolitan pizza with thin, hand-formed crust — began with Alice Waters and her Chez Panisse in Berkeley, with its wood-burning pizza oven and regional toppings, like local goat cheese and greens. This was in the early 1980s, an era when "pizza toppings" meant pepperoni, sausage, onions and peppers.

Then came Ed LaDou, the pizza chef for Wolfgang Puck's Spago. He expanded the definition of what goes on a pizza, experimenting with items like eggplant, clams, mustard and pâté.

Related: The secret to making restaurant-quality pizza at home starts with the crust

"Ed really set the tone for the pizza," said Mark Peel, a former chef at Spago who now owns Campanile in Los Angeles. "Wolfgang had a great sense of taste, but he was not a pizza maker by any means. Ed was highly skilled, fast and clean. He was an intelligent guy who made a great, great crust. There are people who have built empires on less."

Grilling pizza leads to a gorgeous crust — crisp, bubbly and a little blistered — and there's the additional benefit of being able to use that same grill to give your toppings some additional dimensions of flavor.

For example, I'm not typically a chicken breast person (that's something that Alton Brown and I agree on) but I will make an exception when it is slightly blackened, cubed, slathered in barbeque sauce and tossed on a pizza. Or red onions — they take on a sweet, smoky flavor after spending a little time over the grill.

1. Brush a large bowl with 2 teaspoons of olive oil, and place the prepared pizza dough in it, set aside while preparing the grilled toppings. Clean and oil grill grates and preheat to a surface temperature of 450° to 500° (about medium-high on most grills).

2. Brush the chicken breast with your choice of barbecue sauce, and then brush your ½ onion with 2 teaspoons of olive oil, season with salt to taste, and then wrap it in a sheet of aluminum foil.

4. Remove the chicken and aluminum foil packet — opening it to allow it to steam — from the grill, and set aside. Once slightly cooled, cube the chicken and chop the red onion into thin slices.

5. Remove your pizza dough from the oiled bowl and stretch it into a 10- to 12-inch circle. Lightly brush it with 2 teaspoons of olive oil and place it over direct heat for about 50 seconds (just long enough for the dough to stiffen). Flip it over to the other side and do the same.

6. Slide the pizza dough off direct heat and top with barbecue sauce, smoked gouda cheese, grated cheddar cheese, cubed chicken and red onion.  Cover the grill and cook, rotating pizza once, until the crust is browned and cheese is melted, 8 to 10  minutes.

7. Remove the pizza from the grill and garnish with cilantro. Enjoy.