"Ozzy changed everything": Film examines the tumultuous life & legacy of the Prince of Darkness

The new A&E doc features in-depth interviews with Osbourne and his family, as well as musicians citing his impact 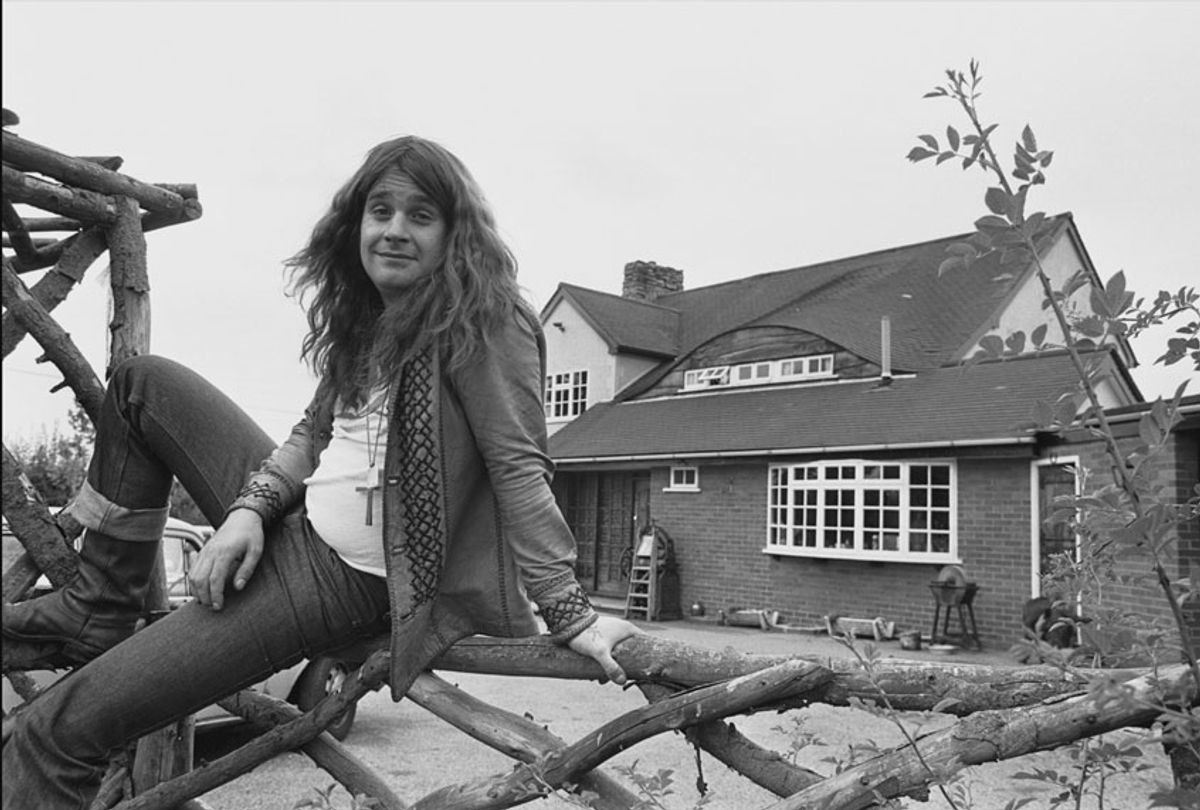 A consistent thread throughout the new A&E documentary "Biography: The Nine Lives Of Ozzy Osbourne," airing Labor Day, is the concept of duality. It's framed in different ways: addiction and sobriety, promiscuity and devotion, loving father and the "f**king Prince of Darkness." The dichotomous nature of Osbourne's private and public lives is something that the rock star has grappled with for decades. One of the earliest scenes in the film is an archived clip of a very young Ozzy explaining to an interviewer that he "leaves Ozzy onstage and comes off as John."

But in this comprehensive retrospective, viewers are invited to engage with, alongside the Osbourne family, both Ozzy's onstage persona and offstage, assess where they actually intersect and diverge, and discover how that propelled him through various "lives" — from growing up as a poor kid in Birmingham, England, to the frontman for "Black Sabbath," to his career as a solo musician, to his turn as a reality television star.

The documentary is organized in chronological order — and the chapter format makes it easy to follow, especially for viewers (like me) who aren't necessarily Ozzy superfans. It is composed of a mix of current-day interviews with Ozzy and his wife Sharon, and kids Kelly and Jack Osbourne, simple and humurous animation, and archived footage.

The film opens on his early life in England. Osbourne's family was poor, and he was the middle child of six siblings and was plagued by massive insecurities while growing up.

He was a subpar student — later diagnosed with dyslexia — who was ashamed of the conditions in which he grew up. The Osbourne family didn't have an indoor restroom and often didn't have money for soap.

His father, whom he adored, told Osbourne that he would either grow up to be something special or end up in jail (he did both). He's the one who gave Osbourne a check for 250 pounds, with which he used to buy a Shure microphone, mic stand, and Vox speaker.

This establishes the pacing for the front third of the 90-minute film, which mimics the "origin story" tone of other rock documentaries, like Brett Morgen's "Kurt Cobain: Montage of Heck" and the 2009 "When You're Strange: A Film About the Doors." For devoted fans, some of the archived footage presented will surely be rehashed lore, like an early interview with Terence Michael Joseph "Geezer" Butler who describes how he and Osbourne wrote the lyrics for their song "Black Sabbath" after Butler had a vision of a "black silhouetted figure" standing at the foot of his bed.

Like those documentaries, director Greg Johnston also strongly establishes — through interviews with Black Sabbath bandmates and Ozzy's own introspection — some of the driving desires and motivations, which sometimes coincided in unexpected ways with his rapidly expanding stardom. That's where things get really interesting.

For instance, a lot of Osbourne's markers for success were fairly traditional: he spent one of his first paychecks on new socks, shoes and Brut cologne "to smell better" — a nod to some of his insecurities growing up. He got married to his first wife, Thelma, at 23, and they soon bought an adorable little starter home and had two children. It wasn't the behavior you'd expect from a stereotypical rockstar.

Not yet, at least.

The middle section of the documentary whizzes through Osbourne's initial struggles with drug and alcohol abuse, which coincided with a period of losses back-to-back-to-back. His father passed away, his first wife left him because of his "selfish, self-centered" behavior and he was kicked out of "Black Sabbath" because of his increasingly unpredictable behavior.

"Being kicked out of Sabbath," Osbourne tells the camera, "It was like another divorce."

The next chapter of his life — titled by filmmakers as "Diary of a Madman" — delves into some of the discrepancies between his personas. He starts dating Sharon, who was his manager at the time, and calls her his soul mate, but continues to cheat on her (she has a great line in the documentary when she said she told him, "When your d*** falls off, don't  come complaining to me"). He wants to settle down and have a family again, but he's at a point in his solo career where he's at a pinnacle of success, bolstered by some of his more memorable antics.

This is where the animation featured in the film is a deft choice. Artist Cameron Burr is able to capture moments like when Ozzy notoriously bit the head off of a bat, or was arrested for urinating on a cop car outside of Memphis (after having previously being banned from San Antonio after urinating on the Alamo), in a way that depicts them as upbeat, colorful road stories, and elevates them beyond straight interviews.

This stylistic choice also serves as a poignant contrast to the dark turns Osbourne's life was taking at that point. Because of his ongoing struggles with addiction, the darkness he embodied on stage paled in comparison to the darkness present in his home life. Initially, the onstage Ozzy began to blur with the off-stage John, but then he became something of a  Jekyll and Hyde character, something he and his family speak very candidly about.

That willingness to be vulnerable displayed in "Nine Lives" makes it an essential watch for fans of the musician, also serves to illuminate Ozzy and Sharon's shift in the early 2000s to television. He was one of the first musicians of his level of fame to transition into reality television with the 2002 MTV series "The Osbournes." At that point, his family puts it, Ozzy crossed over from the guy on a poster in your son's room to the guy on the TV set in the living room.

He embodied the role of good father, husband and goofball (despite admitting to being "stoned during the entire filming of 'The Osbournes'"), which transformed Osbourne into a household name — again — following his first farewell tour.

In many ways, the final chapter of "Nine Lives" feels like just that. Osbourne is now 71 and was recently diagnosed with Parkinson's disease. The documentary — which was executive produced by Ozzy, Sharon and Jack — is very obviously a legacy piece, a point that is driven home by the musician interviews, ranging from Post Malone to Marilyn Manson, that bookend the film.

Selfishly, I would have liked to have heard more from the musicians about their views on Ozzy's musical importance as the "originator of black metal," but this isn't their story. It's Ozzy's. And as such, it wouldn't be complete without some contradictions. Osbourne maintains that despite his health, he isn't done creating. Earlier this year, he released "Ordinary Man," his first studio album in nearly a decade and is reportedly working on a follow-up.

He's also embraced a new familial role as grandfather to his eight grandchildren, all while maintaining his sobriety. Osbourne maintains that he is still the "Prince of Darkness," but it looks a little different late in life. His son, Jack, perhaps summarizes both Osbourne's life and the overall theme of the movie in this simple statement: "He's done a lot of f**king weird things, but his contributions have been bigger than his faults."