Fall doesn't have to taste like pumpkin spice. This easy syrup can flavor everything from cocktails to salmon 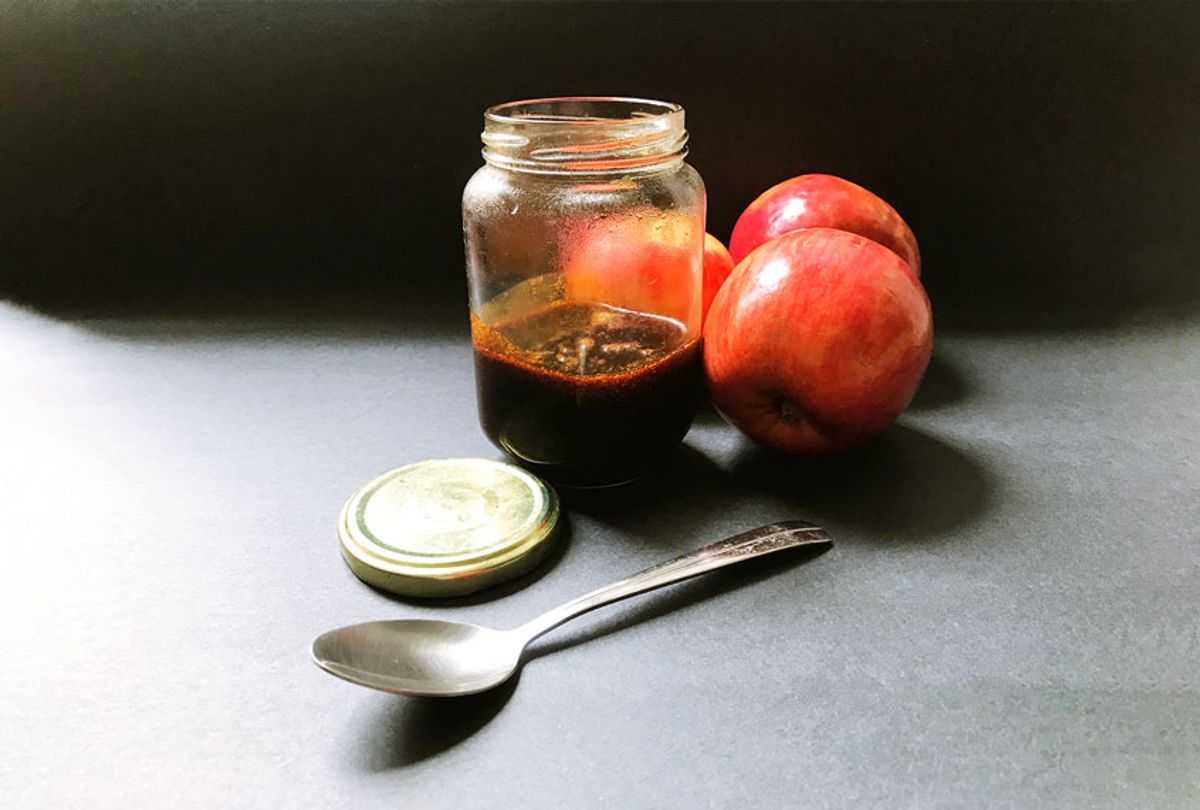 In the holy quartet of "Salt Acid Fat Heat," I have to give first place to heat. It's not an easy choice; I love salt so much I'm pretty sure my blood is brine. But it's heat that's responsible for my favorite flavor — burned — and heat that's behind the transformative power of reductions.

I like my flavors concentrated as hell, so naturally, it was love at first taste when I discovered apple cider syrup. Imagine, if you will, your favorite fall beverage, zapped down into something you can pour on your morning waffles, drizzle over ice cream, or stir into a cocktail. What else? Glaze a salmon. Zhush up a pie. Mix into a vinaigrette. You get the picture. I am having very excited thoughts about replacing the molasses in my next batch of gingerbread with this magical substance and seeing how it goes.

But a bottle of the commercial stuff generally goes for $10–$15, and given my penchant for a heavy pour, I don't want to go broke on my extravagant syrup budget. Meanwhile, a half gallon of cider goes for three bucks at my local supermarket. The math seems pretty clear.

All it takes to make a heavenly boiled cider syrup is some apple cider, a heavy pot, and a few hours of largely undisturbed time. I add a pinch of cayenne and a little salt to mine for a pleasing, savory kick; you can play around with adding cinnamon or a little bit of brown sugar to go in a sweeter direction.

This syrup also makes a lovely homemade gift, especially for your friends who are ready to scream if anybody tries to fob off another jar of sourdough starter on them.

And while it may not yet feel like fall where you are, one spoonful of this and I promise you'll be transported to the sweater weather of your autumn dreams.

Adapted from Serious Eats and Foodie with Family