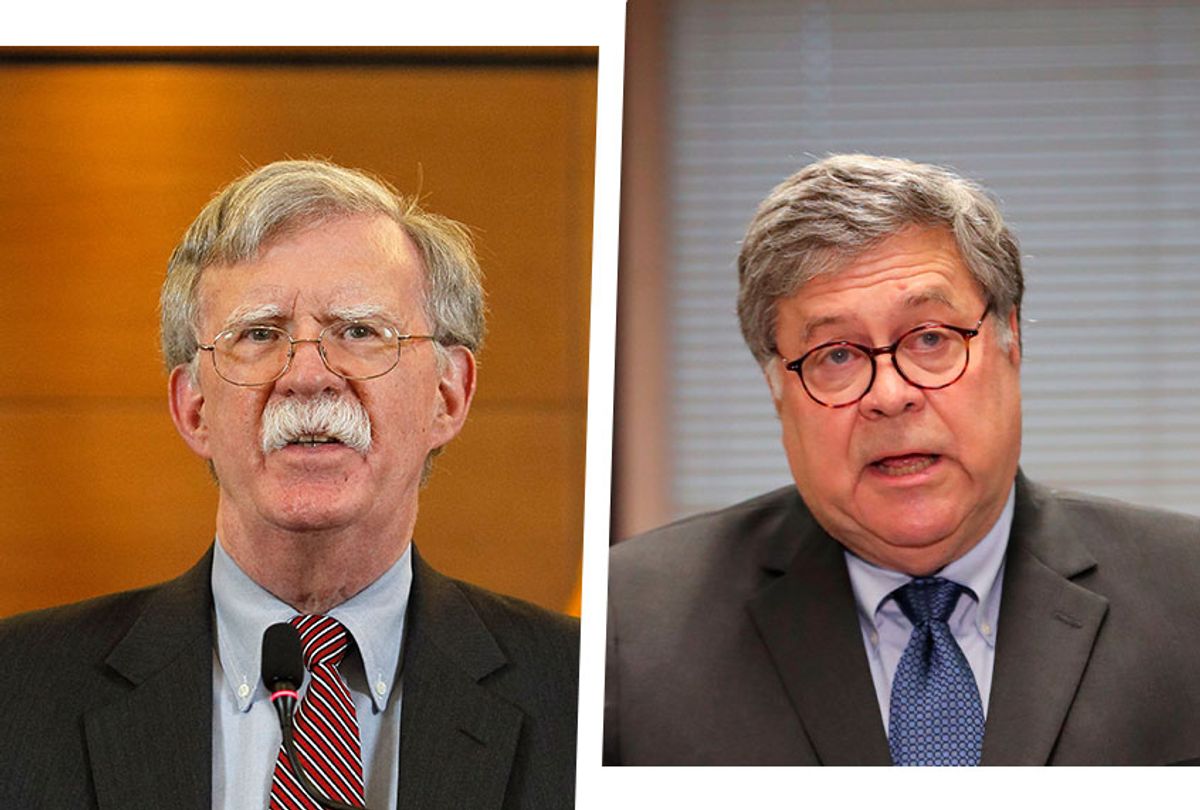 The DOJ convened a grand jury, which issued subpoenas to Simon & Schuster, the publisher of Bolton's memoir "The Room Where It Happened," according to The New York Times. The grand jury also issued a subpoena to Bolton's literary agency Javelin, The Wall Street Journal reported.

The Trump administration previously tried to block the release of the book — which was highly critical of the president — over claims that it contained classified information. The move was ultimately unsuccessful. Nevertheless, Trump's handpicked director of national intelligence John Ratcliffe referred the matter to the DOJ's national security division last month, which opened a criminal investigation, according to The Times.

Bolton has denied that his memoir contained any classified information. Though he agreed to let the administration review its contents in order to make sure it did not contain classified intelligence, the DOJ accused Bolton of allowing Simon & Schuster to release the book ahead of final approval. The agency unsuccessfully attempted to block the book's release.

"With hundreds of thousands of copies around the globe — many in newsrooms — the damage is done," D.C. Circuit Judge Royce Lamberth ruled in June.

But the opinion left open the possibility that Bolton could be criminally charged if he allowed the memoir to be released before final approval.

"Bolton has gambled with the national security of the United States," Lamberth wrote. "He has exposed his country to harm and himself to civil (and potentially criminal) liability. But these facts do not control the motion before the court."

An attorney disputed the conclusion that Bolton "did not fully comply" with his obligations and accused the administration of slow-walking the approval process in an attempt to prevent the release of the highly-critical book. According to The Times, the National Security Council's (NSC) top official for prepublication review also said in an email at the time that she was "satisfied with the edits that Mr. Bolton made to address her concerns about classified information."

But the White House launched another review without notifying Bolton, and the official involved cited multiple instances of classified information, according to the report. Though Bolton did not receive final approval from the White House, he approved the memoir for publication.

The grand jury subpoenas came after Trump repeatedly called for Bolton to be prosecuted over the book's release. The president has claimed that Bolton "broke the law" and "should be in jail" for "disseminating, for profit, highly Classified information." At the same time, he simultaneously argued that the book was a "compilation of lies and made up stories, all intended to make me look bad."

The memoir detailed Trump's alleged attempts to pressure Ukraine and China to investigate Democratic presidential nominee Joe Biden, as well as his behind-the-scenes dealings with Turkey and North Korea.

Attorneys at both the DOJ and the NSC expressed concerns about launching a criminal investigation, because Trump's statements "made it seem like an overtly political act," The Times reported.

National security attorney Bradley Moss described the criminal probe as "absolutely an overtly political act," but said it was unclear whether that would be enough to beat back potential criminal charges for Bolton.

Bolton also faces separate civil litigation, which could require him to forfeit the proceeds of the book for violating the prepublication review agreement.

Lamberth, who is overseeing the case, said in June that Bolton should have sued the government rather than prematurely approve the memoir for release before the process was complete.

"This was Bolton's bet: If he is right and the book does not contain classified information, he keeps the upside mentioned above; but if he is wrong, he stands to lose his profits from the book deal, exposes himself to criminal liability, and imperils national security," Lamberth said at the time. "Bolton was wrong."

Some legal experts, however, expressed concerns about the DOJ pursuing a former official who has criticized the president.

"Bolton deserves nothing but scorn for how he's behaved," wrote Steve Vladeck, a law professor at the University of Texas, "but this is a transparent effort to retaliate against a former senior official for exercising his First Amendment rights and to chill those thinking about similarly coming forward."