In the week back, the host gave away TVs, greeted celebrity pals, talked about her dog, and was very, very sorry 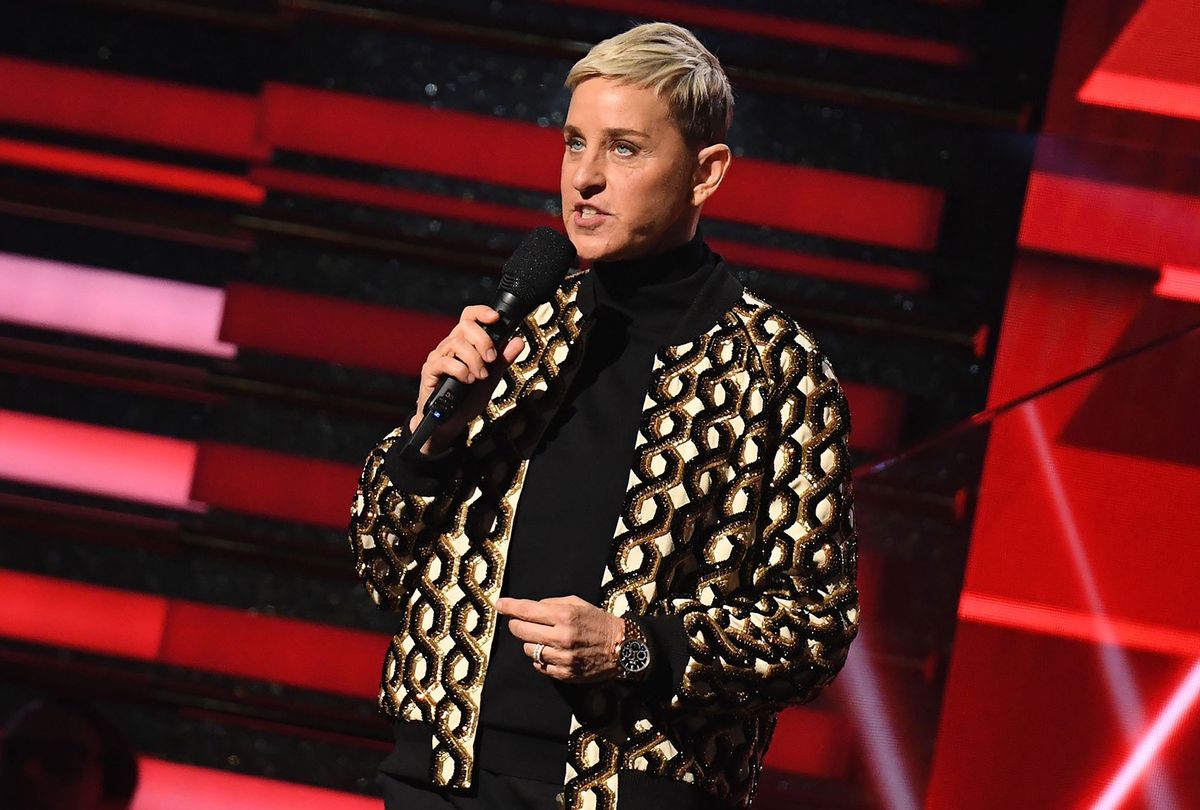 "My hope," DeGeneres offered following that litany of woe, "is that we can still be a place of happiness and joy. I still want to be the one hour a day that people can go to escape and laugh."

DeGeneres being who she is, she couldn't help but point out a few funny things that happened as she eventually ramped up to what everyone was waiting for: an apology. "How was everybody's summer? Good, yeah? Mine was great. Super terrific!" she quipped as the audience laughed along. Which is a very odd way to tell the people you offended that you're sorry.

To be completely honest, there was absolutely no way for DeGeneres to win her turn in the apology game, but there wasn't a way for her to lose either. Celebrity public apologies are mechanisms of necessity and convenience that achieve little to nothing beyond ensuring the show goes on if the error isn't perceived as particularly grievous. DeGeneres' crime was not being as kind as her brand purports her to be, and in speaking to this she said the right things in a vocal timbre that conveyed seriousness without slouching into full solemnity. In the realm of daytime TV, gloom is a real mood-killer.

DeGeneres soft-shoed past some gentle jokes into the meat of the matter in her seven-minute opener, which she declared marks a new chapter in the land of "Ellen."

"As you may have heard, this summer there were allegations of a toxic work environment at our show and then there was an investigation," she said. "I learned that things happened here that never should have happened. I take that every seriously and I want to say I am so sorry to the people that were affected. I know that I am in a position of privilege and power and with that comes responsibility and I take responsibility for what happens at my show." All good.

Then she pointed out the obvious: This is "The Ellen DeGeneres Show," and her name is Ellen DeGeneres. "My name is there," she said, pointing to her eponymous logo mounted in one part of the studio, before repeating, "my name is there," and pointing to her name in lights behind the audience, and adding, "my name is in underwear," because comedy is built on the rule of threes, and "there" rhymes with "underwear."

Then, later: "The truth is, I am that person that you see on TV," she admitted in a moment of candor.  I am also a lot of other things. Sometimes I get sad. I get mad. I get frustrated. I get anxious. I get impatient, and I am working on all of that. I am a work in progress, and I am especially working on the impatience thing, because –" song, dance, a little selzer in her pants, "and it's not going well, because it's not happening fast enough, I will tell you that."

Quite the glide into moving on, wouldn't you say? And it's probably enough. DeGeneres knows that she stood to lose her audience's trust if she said nothing as opposed to saying precisely enough and not a pennyweight more, to satisfy an audience that's more interested in giggling at her games and watching lucky audiences members score prizes. And throughout the week, she reminded them of that. In the new "Ellen" chapter her live audience consists of faces streamed in via Internet video onto person-sized screens propped up in the studio – "like a regular audience," the host remarked, "except now I'm watching you on TV while you're watching me on TV."

Then she announced every one of them would be getting a 65-inch TV shipped to their homes.

BuzzFeed, the outlet that broke the first in-depth reports concerning the toxic workplace at "The Ellen DeGeneres Show," followed the premiere with responses from former employees as well as a current one, each of whom gave DeGeneres fair to poor reviews for her broadcast mea culpa. Several took issue with her jokey approach to the very serious subject of their mistreatment. "It's all tactical," one person says of her apology.

Of course it is. How could it be anything else?

So it went, with DeGeneres dancing between serious and lighthearted until the subtext of all this became crystalline. Tiffany Haddish showed up and joked that DeGeneres needs to tweak her reputation so that she's known not as the "be kind lady" but as someone who can "be kinda crazy" – which, according to some rumors, she's already halfway there.

Forget all that though, because "if I've ever let someone down, if I've ever hurt their feelings, I am so sorry for that. If that's ever the case, I've let myself down and I've hurt myself as well. Because I always try to grow as a person. I look at everything that comes into my life as an opportunity to learn."

To whom was the apology directed? That's a good question. If she was speaking to the audience, it landed; if she meant to direct it to her employees, not so much.

In the same hour that DeGeneres issued that remorseful statement heavily seasoned with qualifying "ifs," she proceeded to give $75,000 provided by Shutterfly to a New Orleans family in need. Their story is quintessential "Ellen" heart-tugging material – a young man with dreams of attending medical school deferring his dreams to raise his siblings following his mother's untimely death, thereby saving them from losing their home. Questions about how this impacts their taxes will have to come later; before that, on Tuesday, DeGeneres regaled us with a story about how one of her dogs broke its leg.

Subsequent episodes airing throughout the week beamed the likes of Kris Jenner and Alec Baldwin into the studio, two people who have endured their share of bad headlines and lent their support to DeGeneres in wake of all the hurt she endured thanks to the bad publicity. It makes Jenner so happy every single day to be watching "Ellen" again, the "Keeping Up with the Kardashians" matriarch effused.

Obviously DeGeneres and her celebrity pals want to move past this, and where the stars go, so goes America.

And for all appearances, America has because America's got bigger things to worry about. The next-day ratings indicate that the size of the season premiere audience held steady with the viewership for last year's premiere, which means she didn't lose many people. It also means she didn't make noticeable gains either; but a stable patient is preferable to a dying one.

Nobody should be shocked by any of this, mind you. We're still a nation in which millions of people still watch CBS's "Bull" despite confirmed reports that its star sexually harassed another actor who was fired after she reported her mistreatment, to say nothing of the violently devoted stans for Michael Jackson even after "Leaving Neverland" came out. Do we need to mention the pile of harassment and assault allegations lodged against the White House's current occupant?

But unlike the stars and media titans toppled by #MeToo, no evidence has emerged that DeGeneres herself participated in the allegations of racist behavior and intimidation brought to light by a BuzzFeed investigation that published in mid-July. Merely, terrible things happened to her watch because she alleges she wasn't adequately looking out for her 270 employees.

An April report in Variety indicating the show reduced employee pay and managers were virtually incommunicado after the pandemic forced a shutdown of its in-studio broadcast is shameful, but according to subsequent reports that's all better now; WarnerMedia launched an internal investigation that resulted in the ouster of three top producers. The elevation of DeGeneres' hype man Stephen "tWitch" Boss to the position of co-executive producer also sounds nice. This week Boss and DeGeneres called his mother, and who doesn't love to listen in on a phone call between a man and his mom?

Who can say what this signifies about "Ellen" show viewers and Americans in general, other than providing evidence that given the right combination of circumstances, our good will can be bought off with smiles and jokes and a gift of state-of-the-art electronics? "The Ellen DeGeneres Show" has always dangled that payoff before viewers. Talk shows like it are designed as respites offering ersatz happiness and generosity to a viewer that, in line with the host's desire, simply wants to bask in a bit of artificial joy. Regardless of how much or little its work environment has improved, the view in front of the camera is all laughter and smiles.

"I'm a pretty good actress, but I don't think I'm that good that I can come out here every day for 17 years and fool you," DeGeneres said. "This is me. And my intention is to always be the best person I can be."

Failing that, she still does a bang-up job of playing that person on TV.