As GOP politicians continue to flout pandemic precautions, do restaurants have to serve them?

After catering a Trump fundraiser, 13 restaurant employees are quarantining. How many more will risk their health? 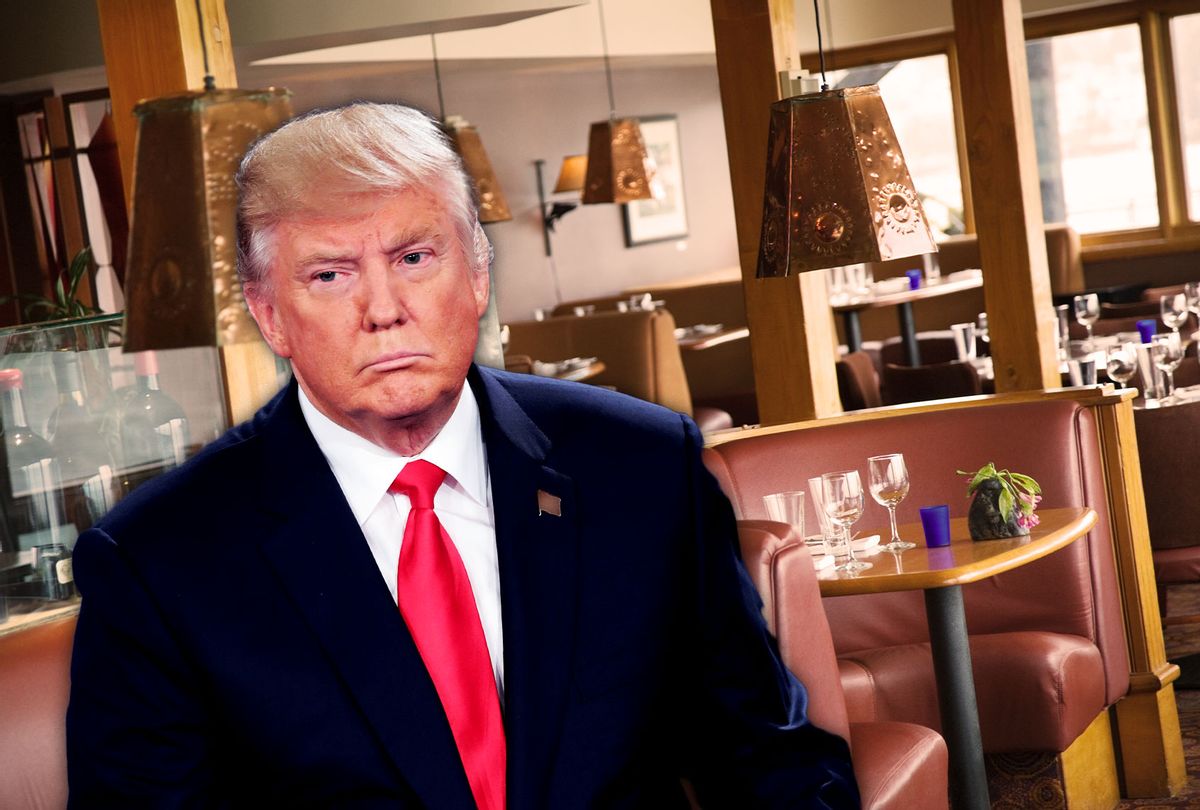 On Oct. 5 — three days after President Donald Trump confirmed via Twitter that he and his wife had tested positive for the novel coronavirus — Murray's Restaurant in downtown Minneapolis announced that 13 of their employees were entering quarantine.

As the Associated Press reported, the 13 had catered a fundraiser the Wednesday before Trump's diagnosis. It was held at the Minnesota home of Marty Davis, CEO of the quartz countertop manufacturing company, Cambria. About 40 contributors paid $200,000 a couple or $100,000 per person for the chance to meet the president and hear him speak.

Murray's management hasn't provided more detailed information on the health status of their employees, whether any of them have tested positive for the virus or if the staff will be paid during their quarantine period. Meanwhile, multiple Republican leaders — including Reps. Tom Emmer, Pete Stauber and Jim Hagedorn — have since faced criticism for attending Trump's rally in Duluth and taking a regular Delta Air Lines flight home to Minnesota on Friday night, potentially infecting both their fellow passengers and the airline staff.

The entire story is both infuriating and expected in the way that many pandemic-era stories are. Am I surprised that members of the Republican party continue to flout basic coronavirus precautions, even at the expense of members of the service industry who are likely making minimum wage? Not really. The GOP has a tendency to make things that shouldn't be political — like the personhood of immigrants and people of color, or basic health and safety measures — into nation-splitting matters of policy.

But I can't help but wonder if those same politicians — as well as others, like Minnesota Senate Majority Leader Paul Gazelka and U.S. Senate candidate Jason Lewis, who were close to Trump during his visit — plan on eating out anytime soon.

At this point, all 50 states have reopened in-person dining in some capacity (though some are pausing or backtracking amid continued outbreaks), but the industry is still at a place where a restaurant having to close, or lose a large number of their staff, for a 14-day quarantine period could literally force them to shutter permanently.

With that in mind, and with no vaccine against the virus on the horizon yet, will restaurants get to a point where management will opt out of serving politicians who have publicly made it clear that they consider the virus to be either a hoax or treat basic precautions as a partisan issue?

Restaurants around the country have already tried to mitigate some of the health risks associated with reopening, from installing private dining booths surrounded by shower curtains, to placing signs at entryways asking customers to refrain from entering if they are experiencing a fever, cough or shortness of breath. An increasing number of members of the restaurant and grocery industry have invested in de-escalation training for their staffs to better equip them for more civil interactions with customers who refuse to wear masks, while some restaurant owners, like Ryan Rogers — who owns several restaurants in Louisville and spoke with Salon in May — chose to stay closed to dining room guests for longer than their states required.

"We do know that enclosed interior dining spaces will trap air and that our guests can't eat or drink with their masks on," Rogers said at the time. "We also know that our team members did not sign up to be essential workers and potentially risk their health and safety to serve our guests. Based on the information we do know and the information we don't know, from a human perspective it doesn't make sense for us to risk the safety of our team members or our guests by allowing anyone to dine inside of our restaurants at this time."

Additionally, refusing service to politicians — or otherwise allowing that service to be disrupted — has a precedent.

In June 2018, former White House press secretary Sarah Huckabee Sanders was asked to leave the Red Hen, a popular Virginia restaurant, because the owner said "that many members of her LGBT staff were uncomfortable serving Sanders."

Days before that, Department of Homeland Security Secretary Kirstjen Nielsen was protested at a Mexican restaurant in D.C.

"Secretary Nielsen, how dare you spend your evening here eating dinner as you're complicit in the separation and deportation of over 10,000 children," shouted a member of the group.

They proceeded to chant "shame, shame, shame" and left after about 15 minutes. Per the Washington Post, restaurant management chose not to intervene.

These incidents, in combination with 2019 reports of Eric Trump being spit on by an employee at Chicago's Aviary and of Mitch McConnell having his leftovers dumped into the street by a fellow diner, sparked national conversations about civility and rules of polite society in the Trump era, and while many of this administration's stances have previously sparked real-world hardships and hatred, choosing to serve its members could now put restaurant employees' health in immediate danger.

Just take a look at the White House Rose Garden SCOTUS event now called a likely "superspreader." According to a USA Today investigation, "President Donald Trump and other White House insiders infected with COVID-19 carried the virus across the country in a matter of days, potentially exposing hundreds, perhaps thousands, of people as they went about their business."

"From a religious summit outside Atlanta to a campaign rally at a Pennsylvania airport and a private fundraiser in Minnesota, Trump, his aides and political allies attended events with thousands of people, often without masks and little regard for social distancing," it said.

And while the Civil Rights Act and Americans with Disabilities Act protect and provide accommodations for customers regardless of race, color, religion, national origin or impairments — under the law, businesses do have the right to turn away customers who, as Harvard Law School law professor Joseph Singer told USA Today, pose "a direct threat to the health and safety of others."

According to Stacey Lee, a business law expert at Johns Hopkins University, a coronavirus diagnosis does not qualify as a disability under the law.

"It would be absolutely within their purview to deny," Lee said. "It's a potential threat to other patrons."

As the pandemic drags on, the country is plagued by unknowns. Will Trump's diagnosis change how members of the Republican party personally and politically respond to the coronavirus? Who knows, but perhaps the time will come that members of the restaurant industry will have to change their response to them — both for the safety of their staff and their businesses as a whole.