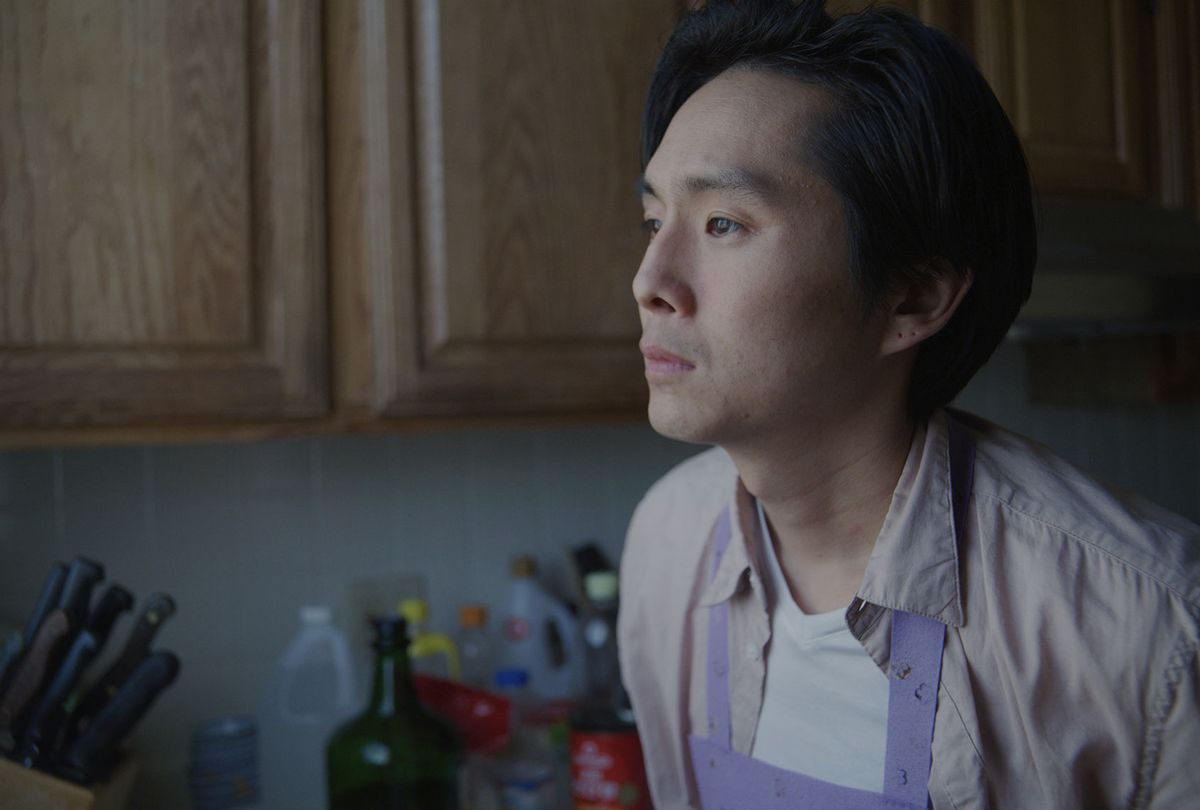 Back in 1982, Wayne Wang's "Chan Is Missing" became a landmark independent film. Made for $20,000, it was the first Asian-American feature film that received a theatrical release for a broad American market. Wang continued to make indie films for the next decade, with the Chinese-American slice-of-life films, "Dim Sum: A Little Bit of Heart" and "Eat a Bowl of Tea." But he also ventured into offbeat fare, with the noirs, "Slam Dance" and "Life Is Cheap . . . But Toilet Paper Is Expensive." In 1993, he had his commercial success, directing the big-screen adaptation of Amy Tan's "The Joy Luck Club." He followed this success with two films scripted by Paul Auster, "Smoke" and "Blue in the Face," and made a pair of Hollywood films, "Maid in Manhattan" and "Last Holiday," but returning to smaller dramas, including, "The Princess of Nebraska," and "A Thousand Years of Good Prayers," among others.

Wang tends to favor literary adaptations, and his latest film, the sensitive, heartfelt drama, "Coming Home Again," is based on a New Yorker essay by Chang-rae Lee. The film has Chang-rae (Justin Chon) caring for his cancer-stricken mother (Jackie Chung), and preparing her favorite food for New Year's Eve. The film depicts love and loss as Chang-rae reflects back on his interactions with his mother. These include his frustration when three women from church visit, to discussions of immigration and assimilation when Chang-rae asks his mother why she left Korea for America, or she asks him to help her with a bank statement. He even recalls her teaching him lessons about food and how to treat a girlfriend. What emerges is these episodes is Chang-rae's search for a sense of purpose as he comes to understanding how his parents gave him the opportunity for a good life. However, he becomes more despondent given his mother's worsening condition.

Wang creates emotion as the drama comes to a head during the dinner Chang-rae prepared. The filmmaker spoke to Salon about "Coming Home Again" as well as his career as a whole in a recent interview.

What made you need to make a film from Chang-rae Lee's essay? How did you identify with his conflicted emotions?

I have a conflicted relationship with my parents. I'm closer to my mother, emotionally, but my mother is a very — how should I say it? — a very proper kind of mother. Even when she was quite old, and I would visit her, she would shake hands with me. Later on, there was not a whole lot to say, other than, "What do you like to eat?" We'd sit in the sun in a courtyard and not say anything for an hour and the silence was so communicative; there was love in that silence. She passed away six or seven years ago from Parkinson's. And it was difficult to watch her get thinner and slowly fade away.

This producer from the Center for Asian American Media, they had money to make a VR film, and so we got a camera and tested it, but I couldn't make heads or tails on how to make a VR film. I couldn't make a narrative [in that format]. Maybe I could do a short. So the producer said, "Maybe we should do something with my grandmother's apartment. We could make a movie there before we sell it." The story ["Coming Home Again"] came out in 1995, but I didn't read it until the 2000s. I remembered it was an emotional story of Chang-rae taking care of his mother and cooking the meal his mother cooked for the family for New Year's Eve.

"Coming Home Again" is very much a food movie, as Chang-rae tries to recreate his mother's recipe for galbi. What can you say about the importance of food and family, which seems to be so essential to every culture (and is also a feature in many of your films)?

I'm a glutton. I love to eat. Ever since I was a little kid. I used to be really fat when I was young. I ate anything, anywhere — on the street, in a restaurant. I got lucky when I went to school in Berkeley and got to know Alice Waters. In those days, I was lucky to understand organic food and slow cooking. I really appreciated food.

When we made this film, I had already known Corey Lee, who was a 3-star Michelin chef, who came from the French Laundry and opened Benu. As he got more confident in himself, he took on a more Asian quality. I wanted to spend time showing the process of cooking the food in the film. So, I asked him to come in as a chef consultant. He said it was a Chinese kitchen, so he spent two weeks redoing the kitchen. Then we designed the menu, which was a real home-cooking menu — something the mother always cooks, not something brought in from a restaurant. Galbi, the main dish, is so metaphorical —you cut the rib so the meat stays on the bone. There's a Chinese saying, the bone and meat stay together forever, which is a metaphor for mother/child.

"Coming Home Again" reminded me of your earlier film, "A Thousand Years of Good Prayers," which depicted a father/daughter relationship. Can you talk about the appeal of making these very poignant, very affecting, modest family dramas?

I made all different kinds of films because I get bored easily. Generally, it's in my blood. When I was growing up, I watched Chinese family films — they were like soap operas, but I enjoyed them. When I went to film school, I knew I was different. When I went to classes and saw [Yasujiro] Ozu films, they were all about the family sitting around the dinner table, eating food, and filial piety and how kids deal with it. The transience of life too — appreciating the short time you have. When it's gone, it's gone. Those are the elements in my blood. They are even the Hollywood films I did. Not "Slam Dance," though. I was a crazy, drug-taking artistic filmmaker then! [Laughs] But "Slam Dance" was still about family! Tom Hulce was dealing with his family, but he met up with wrong people (laughs).

More often than not, you have adapted literary works for your films. What observations do you have about collaborating with writers and using novels, stories, or in this case, an essay, as the basis for a film?

I love books, and I love working them into scripts. Each one is different. Amy Tan, Paul Auster, Mona Simpson ("Anywhere But Here"). Auster is so specific about every word in the script. There was a scene in "Smoke" of two black drug dealers, and one guy he couldn't take "sh*t" and "f*ck" out of his dialogue. Paul told him, "I didn't write those words," and the guy put them back in. Every author you work with is different but, I enjoy working with them. With "Coming Home Again," Chang-rae is under stress. His middle-class parents have so many expectations of him. They send their kids to Exeter, and there are the frustrations of dealing with what they expect.

Right now, I'm reading Ocean Vuong's "On Earth, We're Briefly Gorgeous" I love what he writes, and I am so happy he is a Vietnamese writer who is so poetic and passionate about what he writes.

You have long been an independent filmmaker, but you have made a few Hollywood films, from "The Joy Luck Club" to "Last Holiday" and "Maid in Manhattan." Can you discuss your experiences and why you shifted back to independent filmmaking?

I went into studio films because I grew up with big Hollywood films, and I have tremendous respect for them. I wanted to see if I could do it and learn something from them. I gave myself room to do something more independent. I loved and hated the whole process. Working on "Maid in Manhattan," and I could tell the producer I need a pink elephant, and it would arrive in five minutes, but I hated having to walk past two miles of trailers to get to the set. I don't regret the studio films. Even "Last Holiday." I sat in a screening room at Paramount and people went crazy for it, but then the studio dumped it.

Producers tell me that at the end of a scene, the characters aren't doing anything. They wanted to cut those scenes. I take my time to let characters and scenes breathe. In my own life, my doctor says, "You don't breathe properly."

I appreciate that you have made films in many genres, such as film noir ("Slam Dance" "Life Is Cheap . . .") as well as comedy ("Last Holiday,"). But you seem to focus mainly on character studies. What accounts for this trend in your work?

I think that's in my blood. [Laughs]. I'm a voyeur to begin with. Even as a child, I loved studying people — my brother my family. I think it comes from that. The thing I missed the most about big Hollywood films is there's no depth in the characters. I really try to dig into that. It's the most important thing to me. Good actors take a character on the page that doesn't have depth and complexity and they will bring it out. Sometimes too much!

I appreciate that "Coming Home Again" is a Korean-American story. And I like that you've worked on non-Asian stories, but you are best known for your Chinese dramas, and have long given visibility to the Asian American community. What are your thoughts about telling Asian and Asian American stories?

I guess there's an obligation. There are not that many Asian American directors to tell Asian American stories. After I left the studio industry, I wanted to go back and keep making Asian American films, whether they are Chinese, Korean, etc. and tell simple stories about family and food. That's what I've done.

My early work — "Chan Is Missing," "Dim Sum," "Eat a Bowl of Tea," were those kinds of films. Then I got "The Joy Luck Club," the first crossover film. I knew I would be boxed in, so that's why I did "Smoke" and "Blue in the Face." After "Last Holiday," I wanted to come back to this and contribute to this genre more. But watching the new things being done, maybe there are things I want to do. I'm hooked on "Ozark," and I want to do something maybe non-Asian and interesting. "Slam Dance" was interesting. I like eccentric characters.

"Coming Home Again" is very much about memory, and you use flashbacks to reveal the characters. I like the film's ideas about legacy. What do you want your legacy as a filmmaker to be?

[Laughs]. That's for you to write about. I don't know. I think the memory is that I made a lot of different kinds of film, but they were character-driven, and very authentic, always. I remember someone wrote that Wayne Wang doesn't exist because I make different genres. I like that because I am more than one kind of film director.

For me, I have recently spent some time in Japan. I've been there a few times over cherry blossom season, and one philosophy they live by is "Mono no aware," or the transience of life. Cherry blossoms come once a year and stays less than a week and then they go away you have to accept it. In this film, Chang-rae is filled with frustrations about his mother, but he has to accept that life is transient. He gave it all to be a good son and do it the best way he can. Those memories will all be there.