Trump said that he is "cured" of COVID-19. Scientists say that's not how it works

"There is no 'cure' for this disease," one doctor told Salon 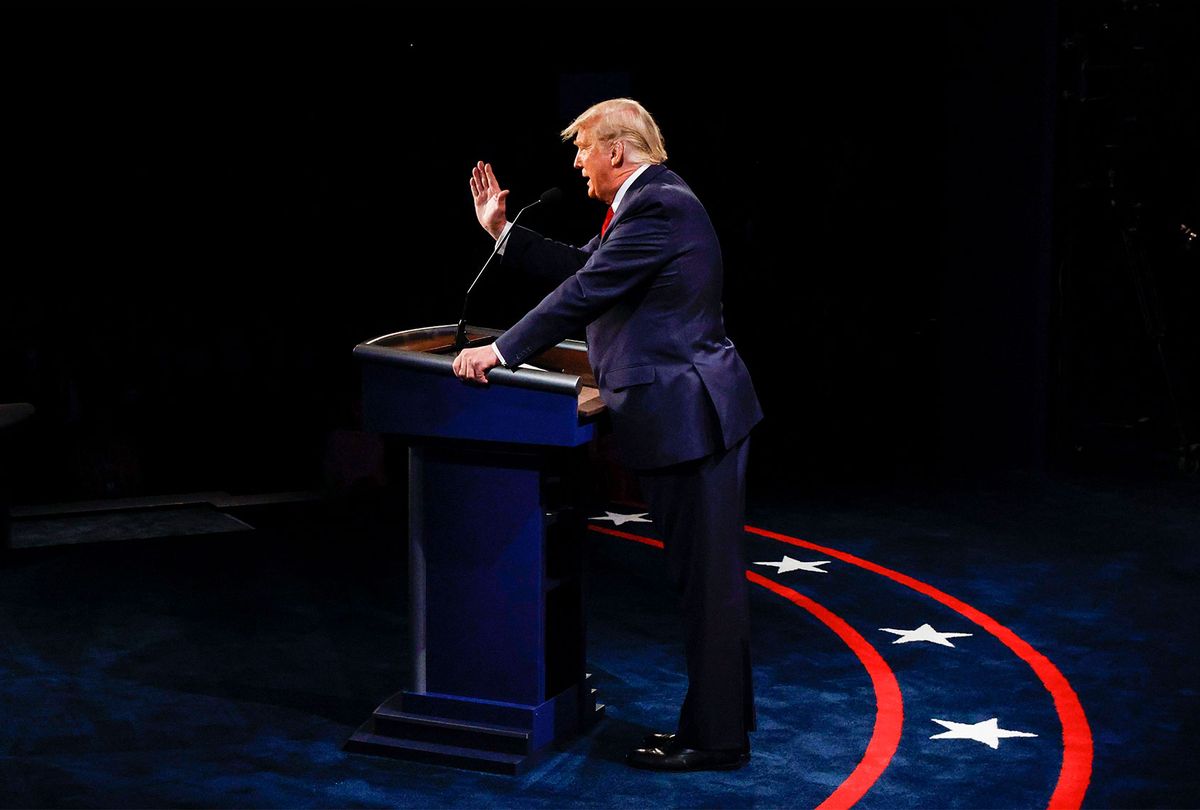 In a night full of many bold claims made by President Trump, one stood out to immunologists: Trump's statement, during the Thursday night debate with Joe Biden, that he had been "cured" of COVID-19.

"I can tell you from personal experience that I was in the hospital, I had it," Trump claimed. "And I got better and I will tell you that I had something that they gave me — a therapeutic, I guess they would call it. Some people could say it was a cure. But I was in for a short period of time and I got better very fast or I wouldn't be here tonight. And now they say I'm immune. Whether it's four months or a lifetime, nobody's been able to say that, but I'm immune."

The only problem? Immunity doesn't work that way, experts say. And there are other reasons to take Trump's comments with a grain of salt, too.

"There is no cure for this disease," Dr. Georges Benjamin, executive director of the American Public Health Association (APHA) and former secretary of health in Maryland, wrote to Salon. "The treatments are very limited and reduce the severity of the disease in a subset of patients. So this is inaccurate."

He added, "He may be immune but we don't know for sure. More importantly, if he is, we don't know for how long he will have protections. [The] current thinking is a few months, but studies are ongoing to find out how long. Reinfections are very rare so far which argues for immunity. Remember the disease is less than a year old so we don't yet know it's long term course."

Benjamin was referring to a host of new research that indicates that immunity is only temporary for the virus — in scientific speak, immunity is not "durable." A Nature Medicine article suggested that those who contract the novel coronavirus and recover may be immune to it for about twelve months. There are reported cases around the world of some becoming re-infected after three months.

Dr. Russell Medford, Chairman of the Center for Global Health Innovation and Global Health Crisis Coordination Center, reacted to Trump's claim of having been cured by writing to Salon that "the President's clinical course with COVID-19 is a single case study.  None of the therapies the President received have been demonstrated to be 'cures' in clinical trials that test hundreds or thousands of patients infected with the SARS-CoV-2 virus. Indeed, only a handful of patients outside of clinical trials have received Regeneron's monoclonal antibody."

Regarding Trump's claim of being immune, he was skeptical that he could even know that. "As a new disease, our understanding of the body's immune response to Covid-19 is limited," Medford said. "We do not yet know how long a person will be protected after they've recovered from an infection. We also don't know yet the full significance of laboratory tests that measure the immune response to Covid-19 as indicators of immunity against the SARS-Cov-2 virus. While rare, there are now a growing number of reports of people getting Covid-19 a second time."

Dr. Alfred Sommer, dean emeritus and professor of epidemiology at Johns Hopkins Bloomberg School of Public Health, told Salon that while he does not believe there was anything inaccurate about Trump's aforementioned statement, "he was very lucky, and received superb treatment. He probably is immune; there are only a handful of cases that have contracted the virus a second time (we know from their genetic signatures that they are new infections) but very rare. We don't have any idea how long that acquired immunity lasts."

It is also worth noting that Trump received a bespoke medical regimen that would be unavailable to the vast majority of Americans. This included an 8 gram dose of an experimental drug called REGN-COV2 from the biotechnology company Regeneron, a monoclonal antibody treatment that the company's website claims leads to "greatest improvements in patients who had not mounted their own effective immune response prior to treatment." In addition, the president took the steroid dexamethasone, which helps patients with lowered oxygen levels by making sure their immune systems do not accidentally kill them with an immune overreaction. He also received a five-day course of the antiviral drug remdesivir, which is meant to improve recovery time in patients.

"The drugs the President got are not given to ordinary Americans, especially the antibody cocktail which has not been approved and is still under study," Dr. Monica Gandhi, an infectious disease doctor and professor of medicine at the University of California–San Francisco, told Salon earlier this month by email. "Similarly, a patient of his description would not be given medications for severe disease (Remdesivir, dexamethasone) since the steroids can be harmful and the anti-viral is of uncertain efficacy in that situation."

The president has made many medically and scientifically inaccurate statements regarding COVID-19 in the past. He has frequently downplayed the importance of wearing a mask, even criticizing Biden during last month's presidential debate by saying "every time you see him, he's got a mask. He could be speaking 200 feet away from him and he shows up with the biggest mask I've ever seen." Experts agree that the administration's mishandling of the pandemic has exacerbated it greatly and led to thousands of needless deaths.