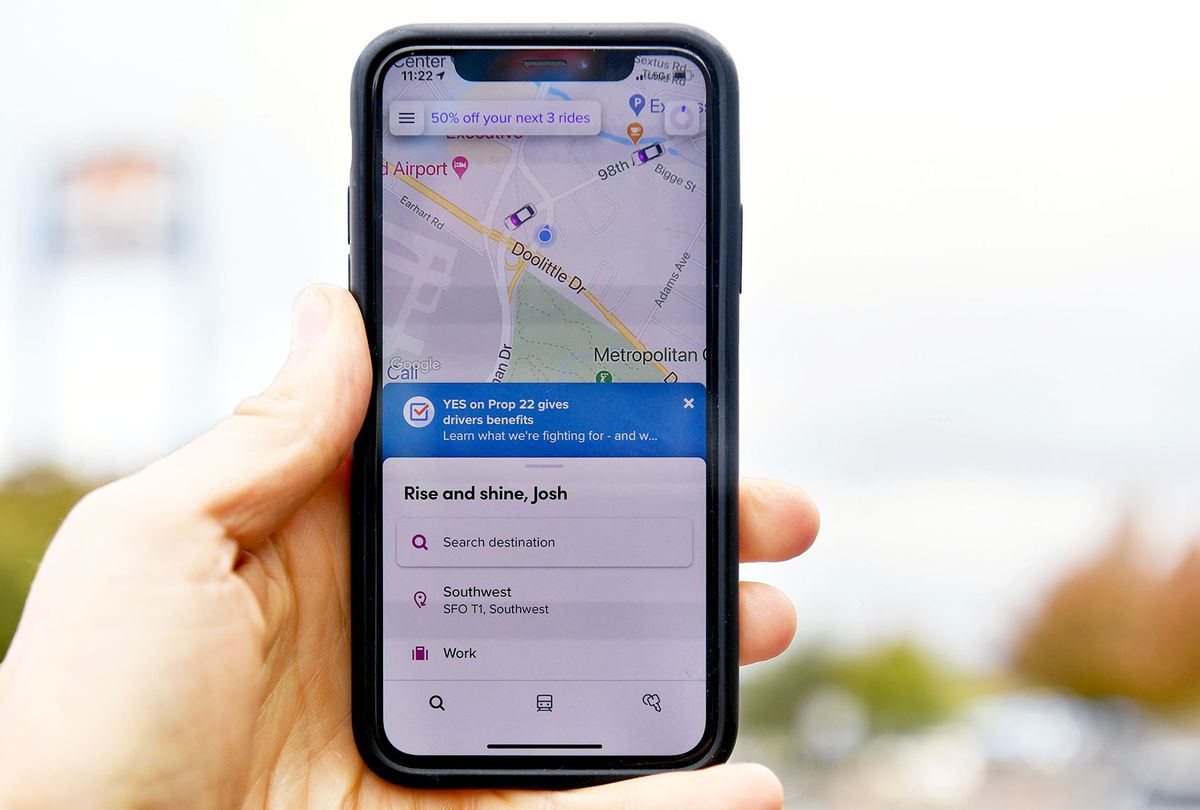 A group of Uber drivers is suing the company, with the lawsuit filed on Thursday accusing the ridesharing service of politically coercing them into supporting a California ballot measure that would exempt the company from a law requiring them to be treated like employees. The lawsuit was filed at the same time that a California court ruled that Uber and other ridesharing companies must classify their gig workers as employees, thus entitling them to the normal benefits of waged work.

"I can't rule out that employers have engaged in coercive tactics like this in the past, but I have never heard of an employer engaging in this sort of barrage of coercive communications on such a broad level, ever," an attorney for the drivers, David Lowe, a partner at Rudy, Exelrod, Zieff & Lowe, told The New York Times, which broke the story about the lawsuit. "It is such an extraordinary thing, from my perspective, for Uber to exploit this captive audience of workers."

A spokesman for Uber responded to the litigation, writing to Salon that "this is an absurd lawsuit, without merit, filed solely for press attention and without regard for the facts." He added that a survey from May and June found that the "vast majority" of its drivers support Proposition 22.

Proposition 22, if passed, would allow ridesharing companies like Uber and Lyft and food delivery services like DoorDash and Instacart to continue not treating their gig workers as employees. This would exempt them from a recent California labor law that would otherwise require them to do so. If Proposition 22 passes, few if any drivers will qualify for health insurance benefits, drivers won't be guaranteed paid leave, won't be allowed to unionize, and won't be entitled to workers' compensation if they get in an accident on the job. The way the proposition is written is such that it is almost impossible to undo in the state legislature, as it would require an unprecedented 7/8ths super-duper-majority of legislators.

As contractors, many gig workers of these companies make less than minimum wage, particularly after accounting for other expenses like insurance and gas costs, which drivers must pay themselves. A study from January found that DoorDash delivery drivers make, on average, $1.45 per hour after accounting for expenses.

Uber, Lyft, DoorDash, Instacart and Postmates have led the drive behind Proposition 22, which has now received $180 million in financial backing from these Silicon Valley companies. That makes it the most expensive ballot initiative in California history. Despite this massive warchest, a September poll by the University of California, Berkeley found that only 39 percent of California voters support the initiative, compared to 36 percent who oppose it and one-fourth who were undecided.

This is not the first time that Uber and Lyft have resorted to controversial tactics in order to avoid having to classify their contractors as employees. Earlier this year the two companies engaged in a "capital strike," a practice in which corporations threaten to stop doing business in a given area and take away people's jobs unless policies that they oppose are not implemented. The ridesharing companies threatened to cease operations in California over the summer unless they were exempt from a 2019 state law that says all workers have to be considered employees unless a boss can prove they are independent contractors (the very state law that prompted these companies to later create the aforementioned astroturfed ballot measure, Proposition 22). Their promise of a capital strike may have been effective: In August a California appeals court issued a temporary stay on a preliminary injunction order that would have forced the companies to immediately reclassify their drivers.

That decision was reversed on Thursday, however, when a California appeals court ordered the companies to once again classify their workers as employees rather than independent contractors. As California Attorney General Xavier Becerra explained in a statement after the ruling, "Uber and Lyft have used their muscle and clout to resist treating their drivers as workers entitled to those paycheck and benefit protections. It's time for Uber and Lyft to play by the rules."

That said, it is unlikely that this ruling will directly impact the companies prior to the referendum on Proposition 22. As CNN Business put it, "Uber and Lyft still have 30 days to comply with California's law once the appeals process finishes. That clock typically starts 61 days after the appellate court transfers jurisdiction back to the trial court, assuming the opinion is not challenged."

"Today's ruling means that if the voters don't say Yes on Proposition 22, rideshare drivers will be prevented from continuing to work as independent contractors, putting hundreds of thousands of Californians out of work and likely shutting down ridesharing throughout much of the state," the Uber spokesman told Salon. "We're considering our appeal options, but the stakes couldn't be higher for drivers—72% of whom support Prop 22—and for the California economy, where millions of people are jobless and another 158,000 just sought unemployment support this week."

Amid their Proposition 22 campaigning blitz, Uber has also been criticized by social justice activists for co-opting pro-Black Lives Matter rhetoric, with some of them arguing that it is hypocritical for a company to fight to underpay its workers — many of whom are people of color — while at the same time claiming to support black lives. Indeed, the company has recently peppered major cities with billboards urging racists to "delete Uber."

"Racial justice is economic justice," Shona Clarkson, an organizer with Gig Workers Rising, told Salon last month. "The fact of the matter is that the majority of gig workers are people of color and the conditions that make police killings of black people possible and inevitable are the same conditions that make the exploitation of Black and brown workers possible and inevitable. We reject attempts by Uber and other gig companies to separate racial justice from economic justice and we see it as an attempt to dodge their responsibility for the exploitation of your Black and brown workers everyday."