Is the pandemic making us sober up?

Who wants to drink alone? 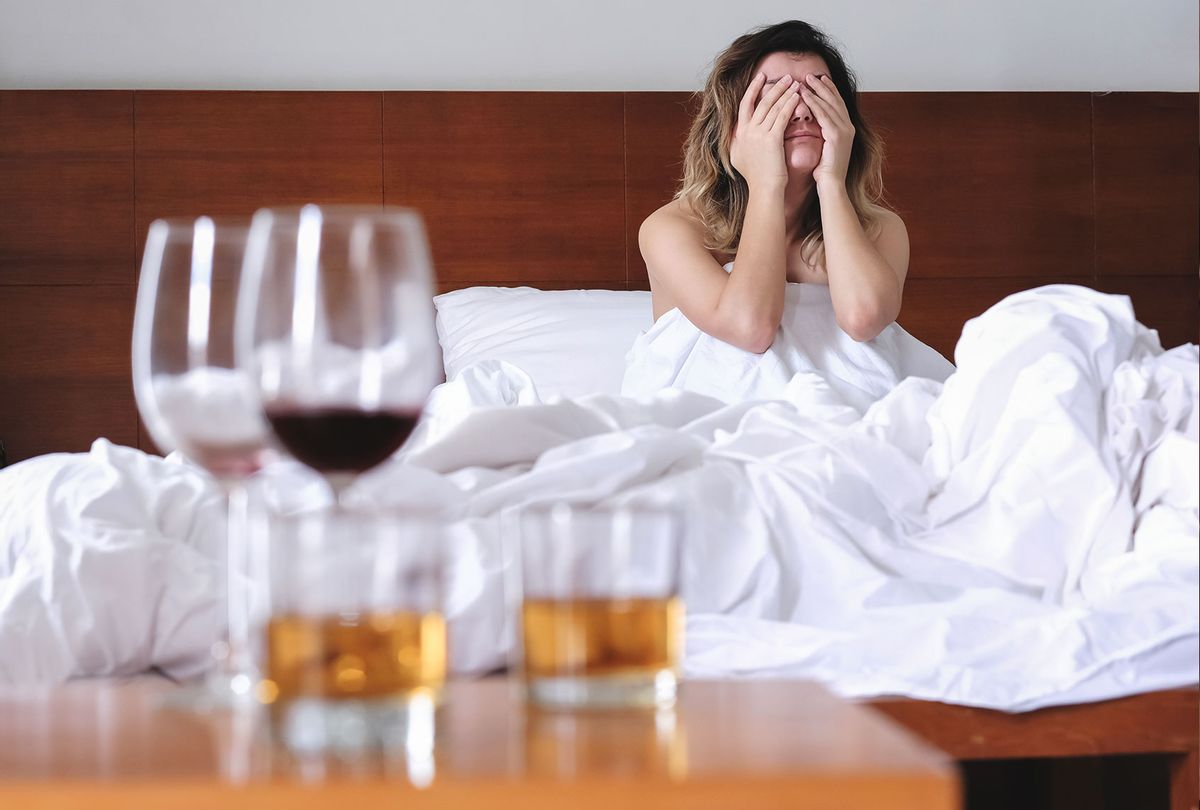 The early dark joke of the pandemic was that the only businesses thriving were the makers of hand sanitizer and liquor. Our collective desire to kill germs was rivaled only, it appeared, by the one to self-anesthetize. But now, months into a crisis that has gone from an optimistically described "pause" to an indefinite way of life, is it time to now settle up that tab? Or have we in fact been secretly sober all along?

In those first bewildering weeks of the virus, as my friends and I were scheduling Zoom happy hours and turning to our laptops for "quarantinis," the evidence suggested we were right on track with everybody else. "Alcohol sales surge" pronounced a Miami Herald headline back in April. "How are Americans coping with the global coronavirus pandemic?" Reporter Don Sweeney asked. "According to alcohol industry sales figures, they're drinking — a lot." And in September, NPR declared alcohol sales "a bright spot in a troubled economy" as Drizly's Liz Paquette marveled that "As we stand today, we're up around 350 percent" in sales over the same time last year." But those assessments may have been misleading from the beginning.

Assessing whether Americans were really drinking more is complicated by geography. Yes, online alcohol sales jumped over the springtime — and bars were mostly closed. Yet when you pull back, it doesn't look so much like a spike as a simple shift. "Everyone keeps talking about how the is drinking up because mail orders are up," says Sarah Hepola, author of the bestselling memoir "Blackout: Remembering the Things I Drank to Forget." "But you're not accounting for the fact that there's all these other revenue streams that got completely shut down. I feel like in order to take the full 360, you need a lot more data than we have right now."

But while a worsening pandemic and looming election certainly make it feel like we're in a sweatpants-and-Ina-Garten-sized cosmopolitans-at-10AM moment, the truth may be that it's a fantastic time to not drink. While data collection is not exactly part of the recovery community ethos, my sober friends and family say they've noticed an uptick in newcomers recently. "There's more stress and isolation," one longtime member of Alcoholics Anonymous tells me, "which arguably is leading some people to come in to the program sooner than they might have otherwise."

Hepola agrees. "We're months into this and you would imagine that people are realizing, 'Maybe drinking myself through this isn't going to work really well.' We don't know when it's going to end, and meanwhile, life does go on. Maybe wine and alcohol became the immediate crutch to deal with the fear and anxiety of the uncertainty. But what happens if you go to that repeatedly over a long amount of time is you will actually increase your fear and uncertainty, because you won't know what you did the night before. You won't know how you're going to do the next day. You reach for that crutch, and it creates more brokenness."

"There's no question that there are people who have problems drinking, and that their drinking is up," she says. But, she adds, "12-step recovery just got a boost into the 21st century that it wasn't expecting to have. I think there's a number of people that are dipping a toe into that. The 12-step meetings have never been easier to go to, in the sense that you literally click and you can hide your face and you don't have to announce yourself. All the steps of going into a church basement, researching it on an ancient website that was never designed for the 21st century, trying to figure out where is this place — all that stuff, that was really hard." Now it's especially easy to have a support community, even for those who might barely get to leave the house.

And even people like me, who have no inclination to write off alcohol altogether, are finding themselves experimenting with the "sober curious" movement that was already gaining traction before the virus. This past month, aka Sober October, has been as good jumping off point as any for those inclined to not drink, without committing to never drinking.

This past year, a multitude of temptations and excuses have been cleared away. Dining out is a complicated, infrequent event. Parties don't (or aren't supposed to, anyway) happen. Even with the holiday season, typically the most high-achieving time of year for any drinker, barreling toward us, the incentives just aren't in place. Where's that awkward Thanksgiving with your racist uncle that goes more smoothly with a surreptitious shot of Jameson now? That ironman weekend of celebrations across multiple zip codes? That tipsy night out with your high school buddies after you touch down in your hometown for Christmas? They're all gone. Might as well stick with seltzer — or any of the inventive new brands of nonalcoholic beverages like Curious Elixirs — if it's going to be like that.

I discovered almost immediately in quarantine that I miss drinking. And when I say that I miss drinking, I mean that I miss drinking with other people. I miss the associations of it, I miss the rituals. In time, I've developed new habits, some of which still involve alcohol. On Friday evenings, I mix myself a simple, single margarita or Paloma as a way to signal to myself that I am, however briefly, transitioning into the weekend. I'll have a glass of Malbec at my elbow as I putter through a rare unrushed preparation of a dinner. I'll watch an entire movie from start to finish, and have a beer as accompaniment. But mostly, I find there's not much point in raising a glass if there's no one else there to click it. And while I may be mostly alone, I am not alone in that. This week, a friend invited a few of us to an early evening "Zoom happy hour." We all talked for ages and caught up on our lives. And not a single person even bothered to drink.