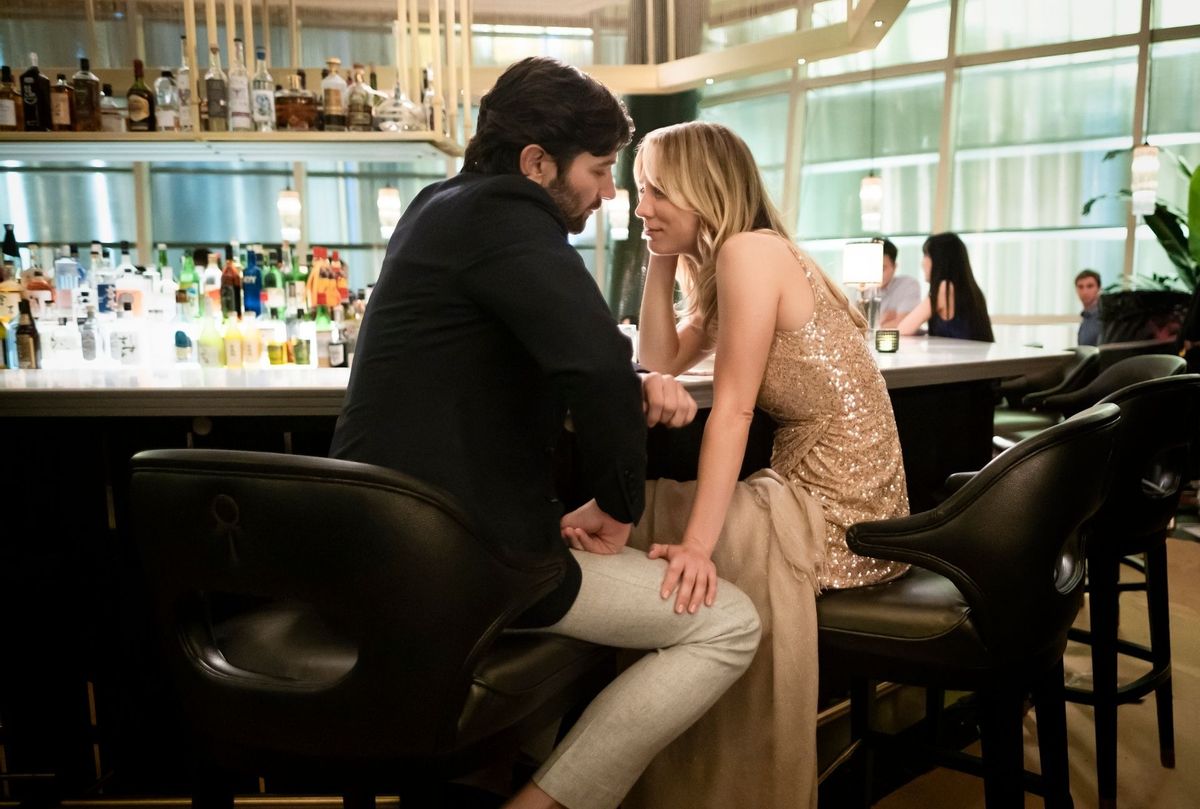 November has been . . . stressful, so far. And with the holidays looming in the near future (Zoom Thanksgiving, anyone?), many of us are looking for shows and films to take our minds off the news.

If you haven't already, check out our culture team's recommendations for nine comedies that are essentially comfort food for your eyes, ranging from "The Hookup Plan" to "Harley Quinn" to "Ted Lasso."

In the realm of mindless comedies, "Billy Madison," "Dumb And Dumberer: When Harry Met Lloyd," "Happy Gilmore," "National Lampoon's Loaded Weapon 1" and "The Mask" all come to HBO Max this month.

If you're looking for reality television, I'm personally looking forward to "Full Bloom," a competition that pits florists against each other as they, per the network, "design and execute some of the most wondrous, Wonka-esq floral creations ever seen." And if you can't get enough of floral design competitions, "The Big Flower Fight" is a very gentle, very British choice over on Netflix.

Oh, and if you want to go in a slightly different, but still-related, direction, "Little Shop of Horrors" leaves the streaming service this month. Watch it while you can.

Here's some of the best of what's coming HBO Max this month:

A girl has a gun. "Game of Thrones" star Maisie Williams plays a survivalist who thinks the world is going to end, and decides to live a little before then. But this is not how her equally tough mother ("Fleabag" breakout Sian Clifford) raised her. In her Salon review, Melanie McFarland called it "tons of fun and nimble to boot" and noted the stars "make the most of the opportunities they're given to show off their action chops, which gunplay fans should heartily enjoy."

This original drama series gives an insider's view of the high-stakes financial realm of Pierpoint & Co., a leading bank in London, through the eyes of Harper Stern (Myha'la Herrold), a young woman from upstate New York who finds herself and her fellow hungry, young graduates competing for a limited number of limited permanent positions.

As egos and ambitions collide — romance, addictions and rivalries develop, while issues of gender, race, class and privilege find their way onto the trading floor.

Starring Robert Downey Jr. as Dr. John Dolittle, this film centers on the eccentric 19-century veterinarian and his furry friends as they attempt to find a mythical island that may hold the cure for young Queen Victoria's grave illness.

In 2010, Barbara Hamburg — a divorced mother living in the upper middle-class town of Madison, Connecticut — was found murdered from blunt force trauma in her yard. Investigators initially speculated that it was a crime of passion, but without enough evidence, the case grew cold.

Barbara's son, Madison, spent eight years interviewing his family members, friends and potential suspects, longing to learn more about his mother and gather evidence in hopes of solving her murder. What he found was a web of buried family secrets, including connections to criminal figures and decadeslong resentments. The result is this four-part documentary.

This HBO original series — which stars Dafne Keen, Ruth Wilson, James McAvoy, Lin-Manuel Miranda and Clarke Peters — is based on the novel series of the same name by Phillip Pullman. The second season starts pulling material from the book, "The Subtle Knife."

It begins after Lord Asriel has opened a bridge into the Multiverse, and Lyra opts to follow him into the unknown. Once she's crossed over, she meets Will, a boy from our world who is running from a troubled past and has found shelter in a mysterious abandoned city. The two soon realize their destinies are tied to reuniting Will with his father.

"Linda and the Mockingbirds," Nov. 16

This documentary, which is directed by James Keach, tells the story of how singer Linda Ronstadt became connected with Los Cenzontles ("mockingbirds" in the Nahuatl language), a band and a music academy for young people in the San Francisco Bay Area.

In an October interview with Salon, Ronstadt said that she first met the group in San Francisco.

"I saw this group dancing and playing music," she said. "I thought they were from Michocán, and they were from here. They understood the rhythms and the dancing and the singing. They said they were playing to earn money to go to Mexico — to Michocán and Oaxaca — to study the regional music and culture; their families were from Mexico, or they were born there. I had my Mexican show on the road at the time, so I added a concert to raise money for them."

In this film, we watch as Ronstadt, musician Jackson Browne, and a busload of Cenzontles drive from Arizona to the little town of Banámichi in Sonora, Mexico, where Ronstadt's grandfather was born. Along the way, we learn about Ronstadt's long friendship with Eugene Rodriguez, a third-generation Mexican-American and musician who founded the Cenzontles 30 years ago.

Based on Ta-Nehisi Coates' bestselling account — which was written as a letter to Coate's teenage son about the author's experiences growing up in inner-city Baltimore — this HBO special event is based on the 2018 staging of the book at the Apollo Theater.

It will combine elements of the Apollo's production, including powerful readings from Coates' book, and incorporate documentary footage from the actors' home life, archival footage, and animation. Guests include  Ta-Nehisi Coates, Mahershala Ali, Angela Bassett, Angela Davis, Alicia Garza and Oprah Winfrey, among others.

First published in 2015, "Between the World and Me" expresses Coates' growing fear of daily violence against the Black community and explores the notion that American society structurally supports white supremacy.

In this dramatic thriller starring Kristen Stewart, disaster strikes more than six miles below the ocean surface when water crashes through the walls of a drilling station. The only hope of survival? Walk across the sea floor to reach the main part of the facility. Little do they know the mysterious and deadly creatures that are waiting in the shadowy depths.

Kaley Cuoco stars as a flight attendant in this dark comedic thriller about waking up in the wrong hotel, in the wrong bed, next to a dead man — with absolutely no idea what happened. The cast also includes Michiel Huisman, Rosie Perez, Zosia Mamet, and T.R. Knight.

"Superintelligence" stars McCarthy as an ordinary woman whose TV, phone, and microwave start giving her snarky backtalk. While she initially thinks she is losing her mind, it's actually all part of The Superintelligence's (voiced by James Corden) plan to gain control of humankind — making McCarthy's character humanity's last hope.

Here's the full list  coming to HBO Max this November:

Nov. 2
"Quadrophenia"
"A Woman Under The Influence"

Nov. 16
"His Dark Materials," Season 2
"Linda and the Mockingbirds"