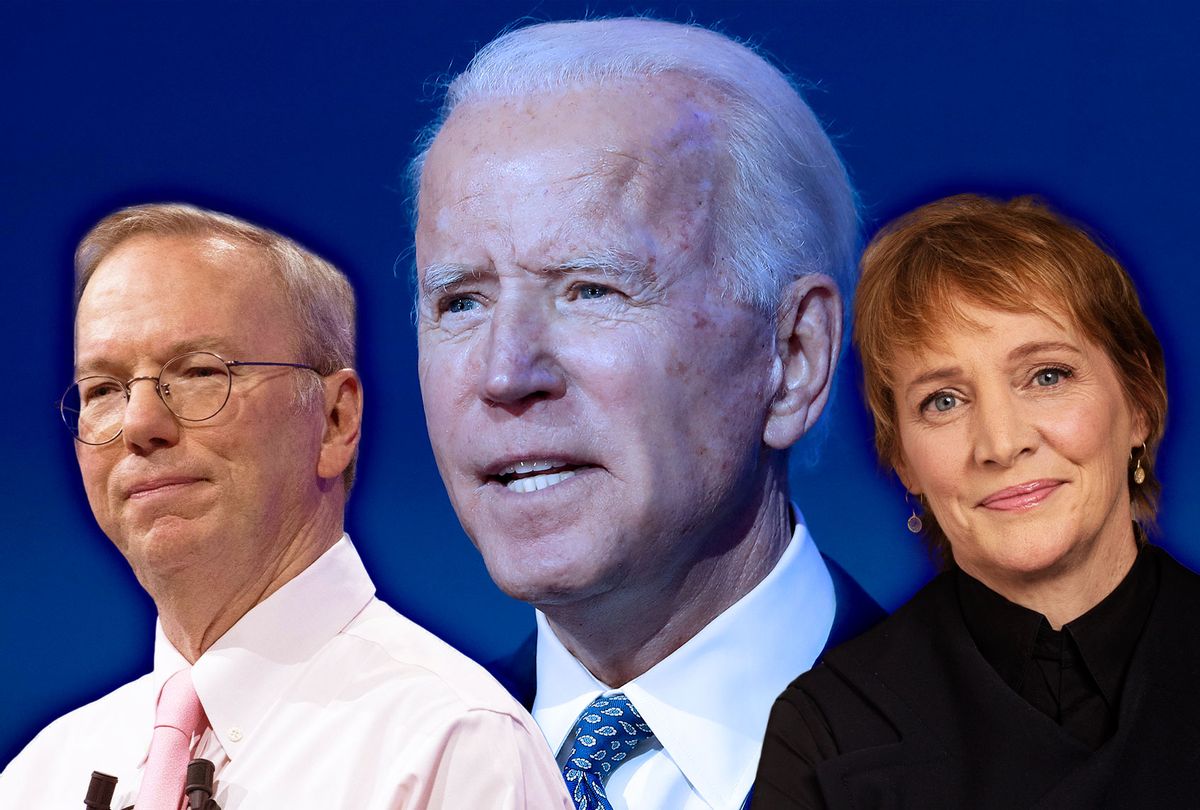 One rare political arena with bipartisan support is the movement to break up and curb the power of tech giants, particularly those operating in search and social media. Early reports indicate that President-elect Joe Biden is aware of this, and that his upcoming policy agenda may reflect that.

Some of these reports come directly from the Biden campaign itself, with former head of press Bill Russo retweeting "Hell yes" to a Sacha Baron Cohen post that depicted outgoing President Donald Trump alongside Facebook CEO Mark Zuckerberg paired with the caption, "One down, one to go." There are also reports from reputable outlets like The New York Times, which on Tuesday revealed that Biden is not only expected to pursue an antitrust lawsuit filed against Google last month, but may pursue additional antitrust cases against Amazon, Apple and Facebook.

"Many technology giants and their executives have not only abused their power, but misled the American people, damaged our democracy and evaded any form of responsibility," a Biden campaign spokesman told the Times. "That ends with a President Biden."

This approach would mark a sharp contrast with how Big Tech was treated by the former president with whom Biden is closely tied, Barack Obama. Perhaps epitomizing Obama's laissez-faire approach to Silicon Valley, many of Obama's top advisors ended up working for tech companies after his administration concluded. Yet as former Obama tech adviser Tim Wu told the Financial Times, "There has been a shift since the Obama administration, even among the people working in that administration, in the way they think about power in the tech world. Obama came to power in 2008 — Google was pretty small in the tech industry, so was Facebook, no one knew if they would survive. Both the facts and the tenor have changed."

At the same time, Biden has received informal advice from Sarah Miller, the executive director of the American Economic Liberties Project, who supports breaking up big tech companies. The president-elect has already said he will create a task force to study ties between online harassment and abuse, extremism and violence in the real world. According to Axios, there will likely be a quick reversal of Trump's Section 230 executive order, which retaliated against companies like Twitter that had fact-checked him by posing the threat that they would become liable for the content posted by their users. In a similar vein, a Biden administration can be expected to halt the vendetta campaigns that Trump has waged against other social media platforms he perceives as hostile, such as TikTok.

"It's hard to read the tea leaves at this point. Generally, Biden's tech policy will follow, not lead, how he chooses to navigate the factions within his own party," Gus Hurwitz, an associate professor of law at the University of Nebraska – Lincoln, wrote to Salon. "The advisors that he is engaging with so far suggest that he will tack centrist and try to moderate the more aggressive voices within the party. This would also be in line with his public statements so far about the approach he would take with his Presidency. Whether that proves to be the path he takes, or that the party leadership allows him to take, obviously remains to be seen."

Hurwitz speculated that Biden could find a middle ground between those on the left who want more content removed and those on the right who want less content removed, instead seizing "a real opportunity to work with laws like Section 230 by identifying actual legal harms that are occurring in the shadow of the law, and endeavoring to remedy them without disturbing the obviously valuable liability shield that comes from Section 230."

Hurwitz made a similar point about antitrust laws against Big Tech.

"There are legitimate antitrust-adjacent concerns to be addressed in the tech economy," Hurwitz explained. "The calls from both the left and right to dramatically reform antitrust laws to address these concerns in the tech sector risk significant harm to the efficacy of those laws and the competitive markets that they protect."

He concluded, "By and large the antitrust laws work well and are foundationally important to our entire economy, no just to the tech sector. So far, Biden seems inclined to steer a more moderate course that will be aggressive towards the tech sector but cautious about broad antitrust reform."

There has been some overlap in Democratic and Republican concerns about Big Tech, with a House Judiciary Committee hearing last month showing members of both parties criticizing Silicon Valley giants. They had very different types of complaints, however, with Democrats focusing on antitrust concerns and Republicans accusing Big Tech companies of discriminating against conservatives.

One key difference between Trump and Biden is that the current president has made it clear he views his policies toward Big Tech as ways of inflicting punishment. In May, after threatening to "close down" social media platforms that fact-check him, Harvard Law professor Laurence Tribe told Salon by email that "the threat by Donald Trump to shut down social media platforms that he finds objectionable is a dangerous overreaction by a thin-skinned president. Any such move would be blatantly unconstitutional under the First Amendment."

He added, "That doesn't make the threat harmless, however, because the president has many ways in which he can hurt individual companies, and his threat to do so as a way of silencing dissent is likely to chill freedom of expression and will undermine constitutional democracy in the long run."

Despite Trump's threats towards them, Twitter and Facebook have slapped warning labels on a number of posts put up by Trump disseminating misinformation in the aftermath of the 2020 election.