The Trump administration is banning TikTok and WeChat as of today. Here's what that means 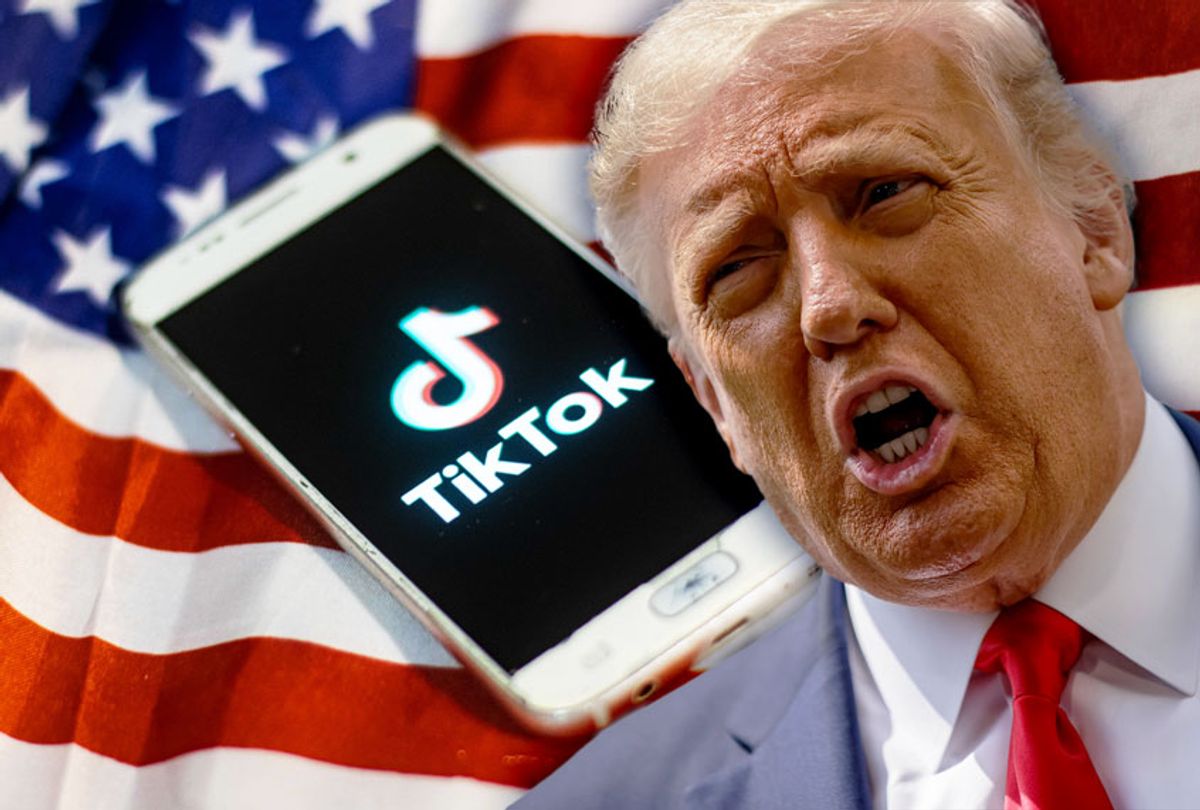 President Donald Trump's administration announced on Friday that it is going to restrict access to TikTok and WeChat, two Chinese-owned mobile apps, starting on Sunday — a move that, experts say, raises serious questions about the administration's acceptance of free speech rights.

"The only real change as of Sunday night will be [TikTok users] won't have access to improved apps, updated apps, upgraded apps or maintenance," Commerce Secretary Wilbur Ross claimed when speaking to the Fox Business Network. The new policy will ban both of the apps from American app stores and makes it illegal for American companies to process transactions for WeChat or host its internet traffic. The government will impose similar restrictions on TikTok as of Nov. 12 unless the company convinces the administration that its software does not present a national security risk.

TikTok and WeChat are used by more than 100 million people in the United States. The new policies will not immediately impact Americans who already have TikTok on their phones by Sunday, although that may change after Nov. 12. The policies also mean that current TikTok users may find that the app stops working correctly over time as it develops bugs and has other problems that the company will no longer be able to address. Users of WeChat are likely to find that the quality of service declines significantly after Sunday once American businesses are no longer able to perform transactions there.

The California-based computer technology company Oracle announced on Monday that it will serve as a business partner, or "trusted technology provider," for TikTok, although it is unclear what exactly that will mean in terms of the app's underlying business model or its ability to meet the Trump administration's supposed concerns.

In June TikTok users led a massive prank against Trump by reserving hundreds of thousands of tickets to Trump's Juneteenth rally in Tulsa, even though they had no intention of attending. The Trump campaign publicly boasted about what they believed would be a massive turnout and were then embarrassed when only 6,200 people showed up at a stadium with a seating capacity of 19,000.

A few weeks after the rally, Secretary of State Mike Pompeo told Fox News Channel's Laura Ingraham that "with respect to Chinese apps on people's cell phones, I can assure you the United States will get this one right too, Laura. I don't want to get out in front of the president, but it's something we're looking at." He added that Americans should only download the app "if you want your private information in the hands of the Chinese Communist Party." A few weeks after that, Trump announced his plan to ban TikTok.

Experts note that there is no evidence that TikTok funneled user data to the Chinese Communist Party; likewise, many American social media sites, like Instagram and Facebook, collect similarly large swathes of user data. The government's inaction to regulate those sites suggests the Trump administration's TikTok ban was not motivated by privacy concerns.

Indeed, were Trump target TikTok in order to send a message to social media platforms that he finds politically threatening, that would blatantly violate the First Amendment.

"One of the primary concerns is that this is part of a pattern of retaliation against social media platforms that the president does not like, either because of how the platform has treated his speech or because of how users have deployed the platform against him," Leonard M. Niehoff, a professor at the University of Michigan Law School who specializes in the First Amendment, told Salon at the time that Pompeo made his initial comments about TikTok.

Niehoff added, "a central tenet of the First Amendment is that the government cannot retaliate against speech or speakers based on content or viewpoint. That was, in my view, quite clearly the motive behind the executive order that came out after Trump's dispute with Twitter. The question is whether the targeting of TikTok is in the same category."

Trump has previously waged war against social media platforms that were politically threatening to himself. After Twitter attached a fact-check label to two of his tweets in May, Trump retaliated against the company by signing an executive order that could open the company up to litigation based on content posted by its users. Trump made it clear in the days before signing the executive order that he was doing this to social media platforms that supposedly "totally silence conservatives' voices" and said that "we will strongly regulate, or close them down, before we can ever allow this to happen."

At the time he made those comments, Harvard Law professor Laurence Tribe told Salon by email that "the threat by Donald Trump to shut down social media platforms that he finds objectionable is a dangerous overreaction by a thin-skinned president. Any such move would be blatantly unconstitutional under the First Amendment. That doesn't make the threat harmless, however, because the president has many ways in which he can hurt individual companies, and his threat to do so as a way of silencing dissent is likely to chill freedom of expression and will undermine constitutional democracy in the long run."