Kamala Harris names herself and seeks redemption, empowering so many of us to do the same

In "Lovecraft Country," Hippolyta named herself in order to own her potential to change, as must we all 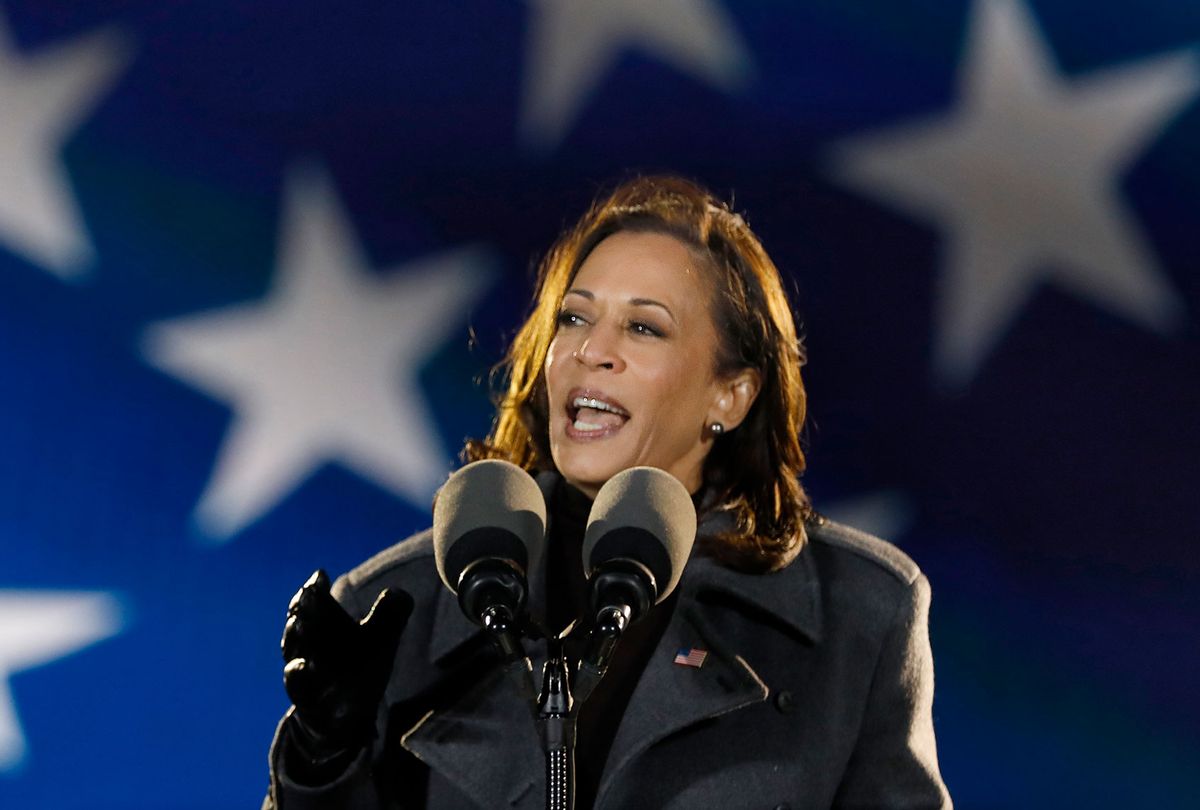 Mary J. Blige's "Work That" set the tone as Vice President-elect Kamala Harris approached the stage to make her victory speech on Nov. 7. She became the first woman, Black person, and person of South Asian heritage elected vice president of the United States. She broke the highest glass ceiling of her life, while willing her way to the White House.

Despite accomplishing so much, Sen. David Perdue of Georgia, who worked alongside Harris for three years willfully misnamed her at a rally last month. "Kah-mah-lah? Kah-MAH-lah? Kamala-mala-mala," he said, "I don't know. Whatever." Comedian and writer Amber Ruffin, who now has her own Peacock show, took to Twitter to address the entrenched racism in mispronouncing Black and non-Anglo names, "When Black folks got off slaves ships white people renamed us, so when we finally got some freedom we decided to take our names back. We took our power back," she said. In that same vein, when Harris made her victory speech, the proud Howard University alum cited her mother Shyamala coming to America and the generations of women who paved the way for her. Harris was metaphorically naming herself, telling her story the way she sees fit.

Harris has been making that name for herself and establishing her place in America for decades. She became the first Black woman to be elected district attorney in California history, the first woman to be California's attorney general, first South Asian American senator. Being a trailblazer requires a far-reaching vision and sense of purpose. Her familiarity with fighting begins from a young age, growing up in liberal Oakland and Berkeley, and going to civil rights marches as a child with her parents, she says she had a "stroller-eye view of the Civil Rights Movement." This helped inspire her from a young age and inform her of what it means to fight for a more equitable future.

During a special election day event honoring Harris on the campus of Howard University, Salon spoke with Dr. Elaine Witter, one of the line sisters initiated in 1986 along with Harris. She noted good-natured optimism as a key aspect of how Harris has been able to accomplish so much, especially as a leader.

"One thing that balances her out is that she has a wonderful sense of humor. She's very friendly; while we're getting the work done, we are always having fun. It's not surprising that her hard work has paid off and she's prepared. She is ready to take on challenges as she sees it, and when she's faced with it," Witter said.

Harris' triumph allows women, especially Black women, to expand the way that we see ourselves and name ourselves in a society that more often than not casts us into roles and decides the value of our lives. There are so many fights we've waged and lost. It's easy to succumb to a series of circumstances, wrongdoings, injustices, and tether who you are to them. The ability to name yourself a victor instead of a victim is essential to Harris' rise in leadership.

Part of naming yourself is also taking responsibility and accounting for the actions that are attached to your name. In moving forward, Harris has the chance to continue to write her legacy and put to rest all the things she's been called outside of her name, like a "top cop," the lingering narrative of Harris "locking up Black people in California." She had served as San Francisco's District Attorney from 2011 to 2017, and one of her top priorities during this time was to fight federal policies that she believed put many Black people in prison. Unfortunately, she also found procedural grounds to keep innocent people locked up, contradicting herself.

In this year especially, everyone including Harris must look at how the police and our prison systems have perpetuated unfair, racist practices. Recently, she commented on Biden's 1994 Crime Bill, acknowledging that it did "contribute to mass incarceration in our country. It encouraged and was the first time that we had a federal three-strikes law. It funded the building of more prisons in the states. So, I disagree, sadly."

Along her presidential campaign trail she emphasized the importance of ending mass incarceration, cash bail, and the death penalty; creating a national police systems review board; and making attending historically Black colleges and universities debt-free for students. It's a series of strong promises that seek to rewrite some of the ways she maneuvered the criminal justice system. Although we know all of these things may not be accomplished over the span of four years, this opportunity should be seen as her chance at redemption.

In "Lovecraft," Beyond C'est grants Hippolyta's first wish – to be dancing in Paris with Josephine Baker, an American-born French entertainer, French Resistance agent, freemason, and civil rights activist. However, Hippolyta's jaunt into Baker's life reveals the full realm of possibilities available to Black women outside of America. "I see what I was robbed of back there [in my America]," Hippolyta says. "I feel like they just found a smart way to lynch me without me noticing the noose." Sometimes it takes someone else showing you your limitlessness, how boundless your vision should be.

This is what Vice President-elect Harris's historic win represents, after four long years of an endless assault on democracy. As a Black woman, her win feels like the ultimate victory, a moment the ancestors pushed so hard towards. The hundreds of years standing on the frontlines for our communities, and losing more, but fervently staying the course. The work is paying off. I feel parts of myself heal. I feel reinvigorated, to expand the ways I see myself, despite the endless fight.

The "I Am" episode of "Lovecraft Country" ends with Hippolyta fighting, despite her newfound liberation. Despite our advances in this country, there's still work to be done and we're fighting for ourselves to know the same sense of freedom Hippolyta felt when she allowed herself to envision where and who she wanted to be . . .  but she was also given the space, access, and support to do so. This is the plight of many Black women who work to foster change not only for themselves but for future generations. Collectively, we have the opportunity to rename ourselves.