"State investigators are going to find out the truth here, and there's not much that any kind of pardon can do" 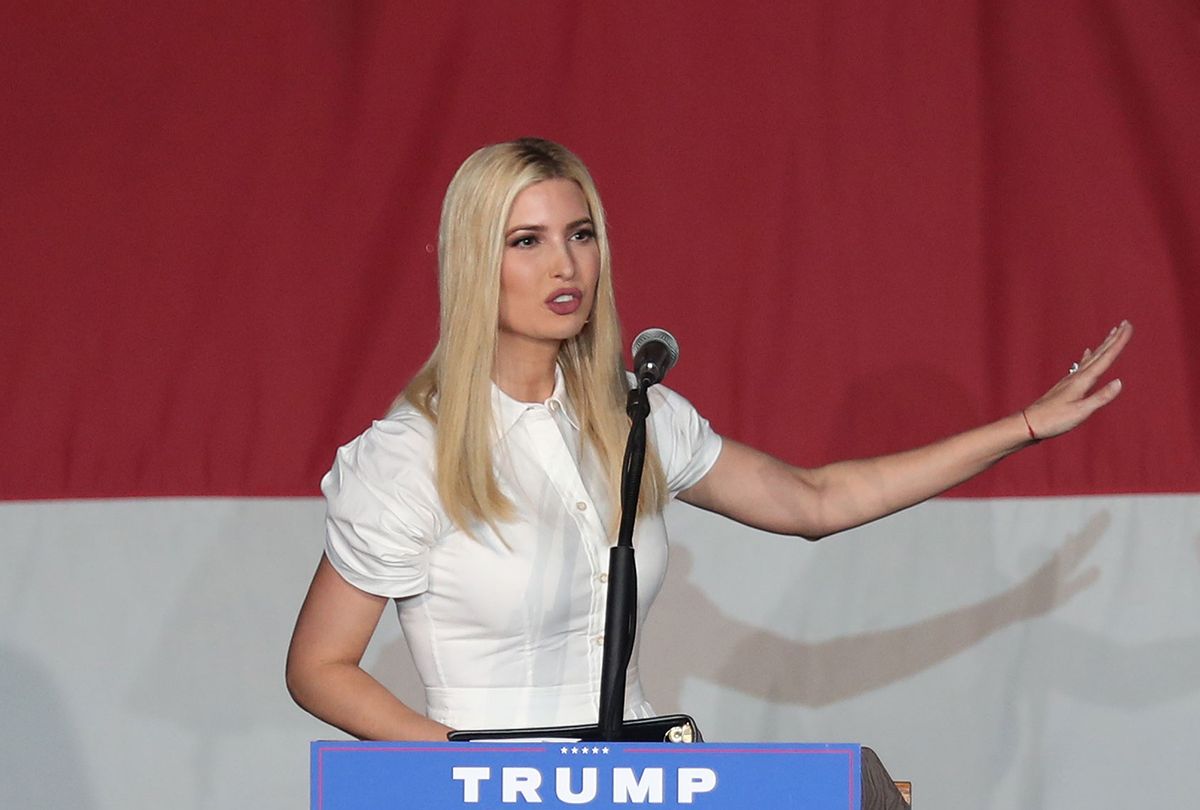 New York prosecutors have expanded their investigations of President Donald Trump and his businesses to include millions of dollars in tax write-offs for consulting fees, including some which were paid to his daughter Ivanka Trump.

New York Attorney General Letitia James and Manhattan District Attorney Cy Vance both issued subpoenas to the Trump Organization in recent weeks for documents related to the fees, according to The New York Times.

The subpoenas were issued after a Times investigation into decades of Trump's tax records revealed that the president had paid no federal income taxes for years and his company deducted $26 million in questionable consulting fees. Some of those fees appear to have been paid to Ivanka, even though she was a senior executive at the company.

The Times linked the fees to Ivanka's 2017 financial disclosure, which showed a consulting company she co-owned had received $747,622 in consulting fees — the same number that the Trump Organization claimed as tax deductions for its hotel projects in Hawaii and Canada.

Ivanka insisted on Twitter that there was "no tax benefit whatsoever." She alleged that the probe was "harassment pure and simple" as she claimed that the investigation by "ruthless" New York Democrats was "100% motivated by politics, publicity, and rage," even though "they know very well there's nothing here."

Alan Garten, an attorney for the Trump Organization, similarly told The Times that "this is just the latest fishing expedition in an ongoing attempt to harass the company."

"Everything was done in strict compliance with applicable law and under the advice of counsel and tax experts," he said. "All applicable taxes were paid, and no party received any undue benefit."

The Times noted that there is "no indication" that Ivanka is the "focus" of either investigation, but the arrangement has raised questions about whether the payments were a "tax-deductible way for [Trump] to compensate his children or avoid gift taxes he might incur from transferring wealth to them." An earlier Times investigation found that Trump's father implemented a similar legally dubious scheme to pass down his wealth to the president and his siblings. Trump's sister, former federal judge Maryanne Trump Barry, abruptly retired when the scheme came under investigation.

Elie Honig, a former federal prosecutor who now serves as a legal analyst for CNN, said it was "ridiculous" that Ivanka Trump was paid consulting fees by "a company she already worked for."

CNN host John Berman on Friday noted that Ivanka Trump "can't be pardoned by the president" in the matter.

The two wide-ranging probes have continued to expand in recent months. The criminal investigation led by Vance began more than two years ago. It initially focused on hush-money payments made to former adult film star Stormy Daniels, who alleged an affair with the president. The prosecutor has sought Trump's tax returns for months, and he told a judge earlier this year that the probe is now also focused on potential bank and insurance fraud and tax evasion, among other financial crimes.

James is leading a civil investigation focused on Trump's businesses, which began last March after former Trump "fixer" Michael Cohen testified to Congress that Trump falsely inflated his wealth to banks in order to get loans while understating his income to evade taxes.

James is looking at whether Trump failed to pay income tax on more than $100 million in debt that was forgiven when he reportedly refused to pay up, and whether appraisals of an estate Trump vowed to conserve after failing to develop it were inflated to score bigger tax breaks.

"The outcome of the election will have no impact on our investigations," James told MSNBC earlier this month. "No one is above the law. We will just follow the facts and the evidence, wherever they lead us."

Vance's office previously built a criminal case in 2012 after investigating whether Ivanka and Donald Trump Jr. had lied to prospective buyers in a Trump condo project. Trump and his co-defendants settled a lawsuit related to the matter, agreeing to pay back millions to buyers in exchange for not having to admit wrongdoing.

Vance ultimately dropped the criminal case in spite of extensive evidence showing Trump's children had "intentionally inflated" numbers to "make more sales" after he received a $25,000 campaign donation from a Trump lawyer. Vance has repeatedly denied the contribution influenced the case.

James previously led an investigation which forced Trump's so-called charitable organization to shutter and pay $2 million to nonprofit groups after the president admitted to funneling money raised for veterans to his 2016 campaign and using the charity's funds to settle lawsuits.

The settlement also required Ivanka, as well as Don Jr. and Eric Trump, to receive "training on the duties of officers and directors of charities so that they cannot allow the illegal activity they oversaw at the Trump Foundation to take place again."