Inside the stimulus fight: A $600 check for most Americans is now a distinct possibility 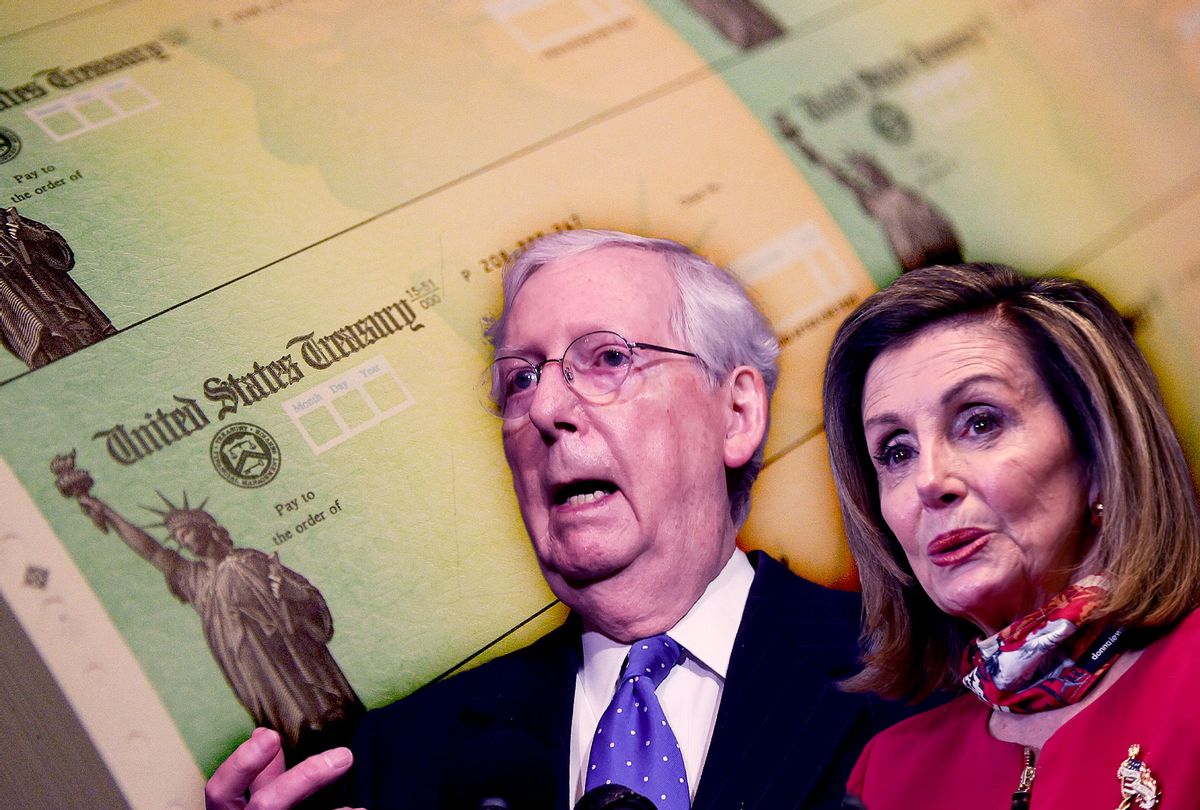 Update: Senate Majority Leader Mitch McConnell's staff notified congressional leaders on Wednesday that the bipartisan proposals are unlikely to be accepted by Senate Republicans, according to Politico.

There is talk on Capitol Hill of President Donald Trump and Congress passing a stimulus measure that includes $600 checks to Americans — yet the current gridlock over various stimulus proposals raises questions as to whether anything will be passed before Trump's presidency ends.

Treasury Secretary Steven Mnuchin suggested on Tuesday that Congress pass legislation which would include $600 for every taxpayer and an additional $600 for every child, according to The Washington Post. This is in sharp contrast to the original stimulus passed in March, which provided cash payments of $1,200 to taxpayers who made less than $75,000 per year as well as $500 for each child. The Trump administration's proposal also significantly reduced the size of the stimulus bill overall, including reducing the size of federal unemployment benefits by extending expiring benefits but not including any additional federal benefits. As a result, it was swiftly rejected by Democratic leaders in Congress.

Indeed, it seems increasingly likely that the two sides will not be able to come to an agreement on relief legislation before the end of the year, according to Politico. Congressional Republicans are opposed to Democrats' support for $160 billion in aid to states and municipalities, while congressional Democrats oppose a liability shield being pushed by Senate Majority Leader Mitch McConnell that would protect businesses whose employees are infected with the novel coronavirus while at the workplace. Some congressional Republicans are also specifically opposed to providing any aid to blue states.

If Congress does not pass a COVID-19 relief bill soon, 12 million Americans will lose their unemployment benefits on the day after Christmas. In addition, eviction moratoriums, a federal program for paid family leave and protections for student loans borrowers will also expire, furthering the financial hardships on Americans even as the economy worsens due to the recent surge in COVID-19 cases.

Last week a bipartisan group of senators proposed a $908 billion stimulus bill that Senate Minority Leader Chuck Schumer and House Speaker Nancy Pelosi later endorsed as a starting point for relief talks and a stopgap to help Americans struggling prior to President-elect Joe Biden's inauguration. (Pelosi later said that McConnell had agreed that COVID-19 relief should be part of any congressional year's end spending bill.) Their plan included $300 a week in federal unemployment benefits for four months and $160 billion in funding for state and local governments and provide assistance for small businesses, health care facilities, schools and people paying off their student loans. McConnell responded with a proposal that would have extended unemployment assistance by only one month before phasing it out and offering a new round of Paycheck Protection Program loans to small businesses that can prove a 25% loss. The Senate Majority Leader's proposal stressed Republicans' desire to create coronavirus liability limitations for schools, religious institutions, businesses and government agencies.

The original stimulus legislation included $500 billion in relief for corporations that lost money due to the pandemic, $350 billion in relief for small businesses and $100 billion in assistance to hospitals. It also extended unemployment benefits by 13 weeks and expanded criteria for eligibility so that freelancers, gig workers and furloughed employees could be included. At the time that the comparatively more generous legislation was passed, political experts speculated that it was because Trump and his Republican allies in Congress wanted to shore up his political position for the upcoming election.

"Part of the reason Trump and so many other Republicans are supporting such an expansive stimulus package: As the party with more power in Washington, they stand to take more of the blame if the response to the public health and economic crisis is seen by the public as lacking," Kyle Kondik, managing editor of Sabato's Crystal Ball, told Salon by email at the time.