Alumni-hosted year-end episodes of "SNL" make staying up late worth it, and remind us of when the show was better 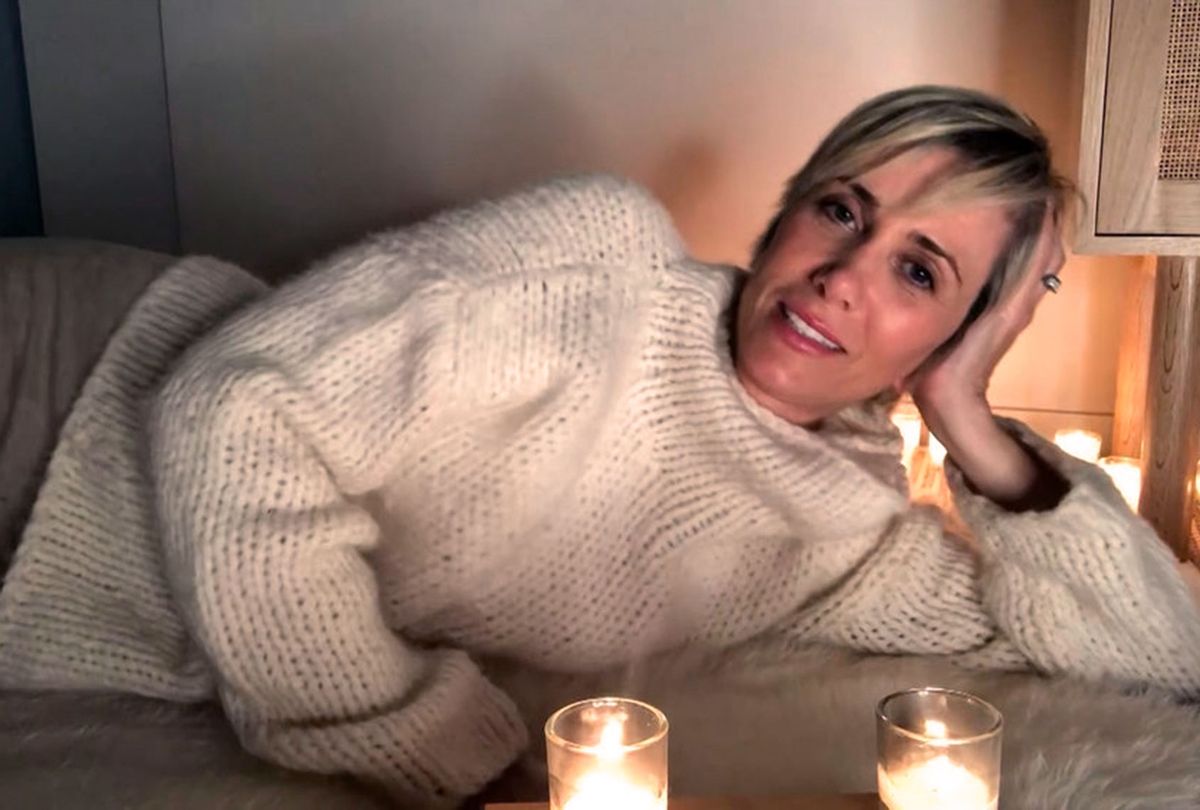 Whether the year in which they air has been defined by soaring highs or miserable flops, the holiday episodes of "Saturday Night Live" are . . . consistent. People who keep up with the long-running late night sketch series approach each December's jaunt with an air of anticipation if not outright excitement, particularly its year-ending episodes.

For those, Lorne Michaels brings in the big gun hosts: Matt Damon left tinsel-sparkled memories in the wake of his 2018 appearance. Last year Eddie Murphy made headlines with his return to "SNL" and revived a number of his old hits, including Gumby; Mister Robinson, the down-on-his-luck double for Mister Rogers; and Buckwheat. Nightmarish as 2020 has been, 2019 wasn't exactly all strippers and parades either, making Murphy's return welcome if not a shoot-the-moon performance. That his stint was largely composed of retreads was beside the point – we were simply happy for a visit from a friendly face from way back when.

That brings us to Kristen Wiig, the latest returning "Saturday Night Live" alumnus to tuck the show into its midseason nap. Since exiting the sketch show, Wiig has expanded her repertoire to include bonafide dramas, and on Christmas Day she'll be tearing into Wonder Woman as The Cheetah in "Wonder Woman 1984." Our expectations for her this weekend are much simpler.

Wiig is her "SNL" class' Kate McKinnon equivalent, the clutch player with dozens of characters and impressions under her belt. This all but guarantees a troop through past seasons and a few clapter-inspiring cameos from her famous cohorts. Maya Rudolph is already nearby, what with her impression of Kamala Harris saving Jim Carrey's disastrous Joe Biden parody on the regular. Tina Fey and Amy Poehler might pop in too.

As likely are signature character revivals that fit the season: Gilly? Target Lady? Dooneese? They can climb down that list like a ladder, and they will. In the way of all half-glass empty optimists, I am bracing to be underwhelmed with the expectation that Wiig will clear the middle rung where I've placed the bar. It's also 2020, and I'm not in the mood to be taxed by anything anymore. Bring on Wiig's Judy Grimes playing "Black Jeopardy," why not? Like everyone else I'll be watching with my head on a pillow from a prone and deflated position.

Closing out the year with old friends coming back to "SNL" isn't a regular gift, but they have done it a few times over its 46 seasons, and it's an easy win. Among the alums who came back to ring in the holiday with viewers are Bill Murray (in 1981), Jimmy Fallon (2011 and 2013), Martin Short (2012) and Fey and Poehler in 2015. Murphy has seen out the old year three times now, hosting in 1982 and 1984 when he was at the height of his powers. One imagines these homecomings to be something of an easy walk for the writers, particularly with a host like Wiig. Hand her some doll arms and an off-putting elf suit and you've got a fine way to kill 10 minutes.

We're all due an easy win, a bit of midwinter's rest. And surely many of us are curious as to how "Saturday Night Live" will enter 2021 now that the man Alec Baldwin has been clowning for years now is getting booted from the White House and – fate willing – our screens, newsfeeds and subconscious.

Baldwin's Donald Trump facsimile was tremendous for "Saturday Night Live" in the administration's early years and a simple magnet for giggles before the novelty wore thin. The sketch show's fall return did not ignore the election but retrained the spotlight on Carrey and Rudolph's Biden/Harris ticket, a dicey proposition since the audience loves Rudolph and was less enamored of Carrey's Biden. But as of Saturday we won't have the "Kidding" star to kick around anymore: he announced his retirement from portraying the president-elect on Twitter.

Over the last few episodes the creative stagnation in the scripts has become tougher to countenance but forgivable; the cast, crew and writers lived through the same year as everyone else, and if the skits were flat, no one could blame them.

Bringing back Wiig at the end of this stretch is a good thing. Her appearance also underscores the promise and peril of these alumni returns, though – they spark our nostalgia for what was and make us notice the ways in which the present cannot live up to the past.

This weekend, though, Wiig also has an opportunity to remind us that the time will soon be here when we may not be wrung out on a Saturday night following a week of processing multiple acts of dangerous, heartless stupidity committed by our leaders. Maybe she'll be able reassure us that a shift in our mood lurks but a few weeks away instead of years.

Perhaps whatever goodwill she can engender will inspire everyone at "Saturday Night Live" to aim to be something beyond imitative and reactionary. Wiig once observed, "When you go out of your comfort zone and it works there's nothing more satisfying." She's not wrong . . .  and we so badly want to be satisfied by "Saturday Night Live" in the coming year.