Why Joe Biden's stutter is a gift to America

A president who thinks before he talks? Bring it on 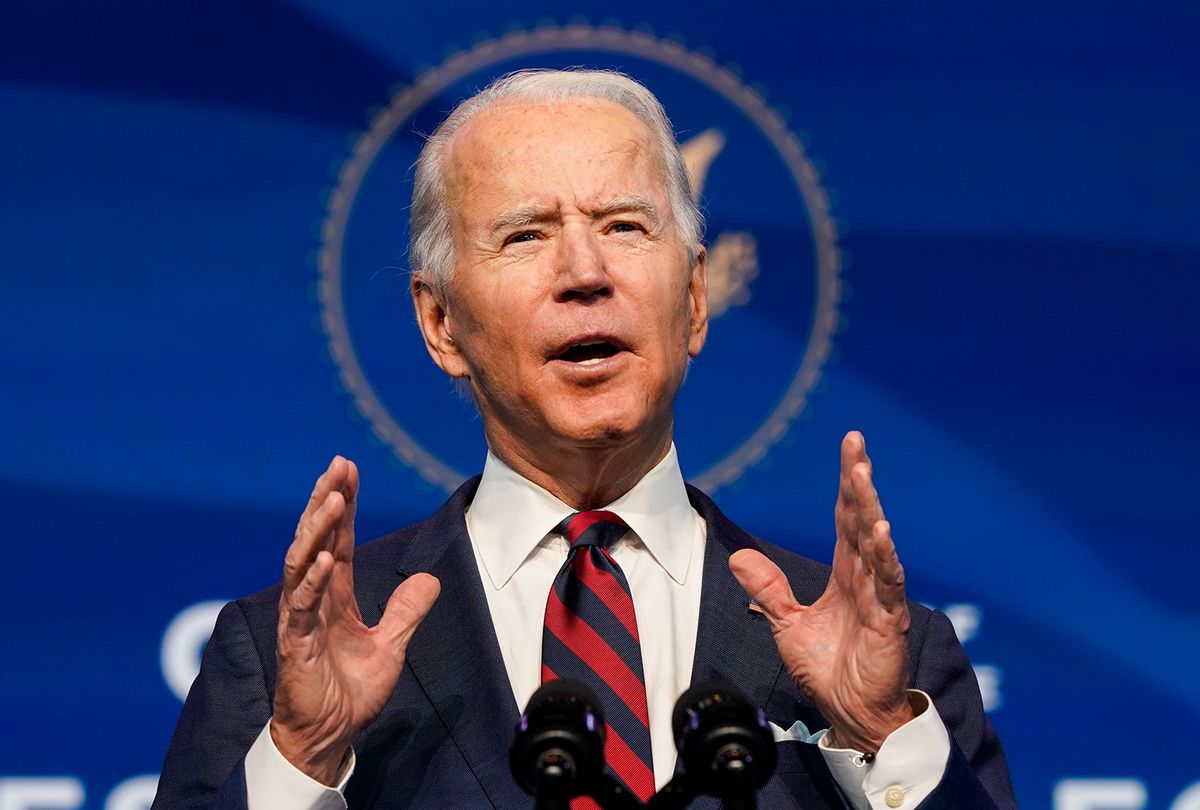 In the clip, Donald Trump is standing before a throng of his worshippers, musing about character and how it is shaped by circumstances. "Can you imagine if that happened to me?" he asks, throwing out a hypothetical. "Man, would I be a bad guy. I would be the meanest man in history." It is February of 2020, and he is speaking of the man who will defeat him in nine months. "Biden is angry. Biden is angry, everything is anger," Trump continues, adding, "and that's what happens when you can't get the words out. That's what happens when you can't get the words out. You get angry." Donald Trump, who sees himself as a not angry, not bad, not mean individual, is apparently imagining himself here horribly warped by a characteristic the president-elect himself wears with pride: his stutter.

That one of the most important communications positions in the world will soon be held by a man who grew up with a speech disorder is, on the surface, an achievement. It definitely takes some of the air out of the mockery, misunderstanding and snide derision Biden has endured in past several years, notably from Trump's inner circle. In January, Lara Trump declared that "Every time he comes on stage, I'm like, 'Joe, can you get it out? Let's get the words out, Joe." When confronted about it later on CNN, she did not improve the narrative by insisting that what she meant was that Biden has "very clearly a cognitive decline." Similarly, a year ago, Eric Trump sneered to Fox News that "Biden can't get through two sentences without stuttering."

It's unsurprising that a family like the Trumps, one that boasts hollowly of superhuman physical health and mental prowess, would be perturbed by a common and often treatable disorder. Yet while Joe Biden has worked to manage his stutter, he has also adroitly synthesized it into his public persona. It's a crucial part of his self-defined origin story, something he's referred to as "the single most defining thing" in his life. Going forward, though, what feels more significant is the ongoing influence that history of stuttering has had on his identity.

At its most basic, stuttering is a condition marked by the repetition, elongation, or pausing of one's sounds. It affects nearly 70 million people worldwide, mostly males, and its causes are still not fully known. It runs in families (Biden's uncle stuttered too) and varies in severity. Roughly 75% of children who stutter outgrow it. As Biden has explained, "It has nothing to do with your intelligence quotient. It has nothing to do with your intellectual makeup." It is likewise unrelated to cognitive function. Yet cliched tropes and outmoded ideas persist. "Stuttering, when you think about it, is the only handicap that people still laugh about," Biden has said.

It's a sentiment echoed by author and poet Jordan Scott, whose recent children's book "I Talk Like a River" is based on a wise metaphor his father once offered him. "False connections between stuttering and intelligence make it so difficult to live in the world as a stutterer." (Because telecommunication can be challenging for stutterers, Scott graciously offered to be interviewed via email.)

He adds, "When speaking, don't we all forget words? Don't we all hesitate or pause? Don't we all sometimes wish we said something else or found a better word to express ourselves? This is what I often refer to as the regime of fluency or a structure of continually promulgated beliefs about how someone should sound or speak in order to be considered credible and intelligent."

That nuance is the result of years of disciplined effort. Growing up, Joe Biden memorized poetry and practiced his recitation skills in front of a mirror to manage his stutter. As he wrote to the Stuttering Foundation of America five years ago, "When you commit yourself to a goal and when you persevere in the face of struggle, you will discover new strengths and skills to help you overcome not only this challenge but future life challenges, as well. I promise you — you have nothing to be ashamed of, and every reason to be proud."

That's a message that has to keep being restated. In 2019, Joe Biden referenced his stuttering constituents, talking about "The little kid who said 'I-I-I-I can't talk. Wh-wh-what do I do?'" He said, "I have scores of these young women and men who I keep in contact with." When Sarah Huckabee Sanders ignorantly mocked him on Twitter for it, the jibe must have reminded him of the kids — and nuns — in his school days who called him "Mr. Buh-buh-buh Biden." "It's called empathy," he tweeted back to Sanders. "Look it up." (She apologized and deleted the tweet.)

Like his intimate relationship with grief, Biden's experiences of bullying have helped him recognize that particular pain in others. He has said that "I can think of nothing else that has ever stripped me of my dignity as quickly and as profoundly and as thoroughly as when I stuttered in grade school."

Now, in contrast, he speaks of the "great honor to mentor kids who've experienced the same." One such kid, Brayden Harrington, spoke at the Democratic convention this summer. And at a town hall last winter, Biden said he would offer a college student struggling with a stutter the same advice his mother once gave him — "Don't let this define you."

Yet stuttering has, in many ways, defined Biden nevertheless. It's hard to imagine that his extensive training to "think in terms of not rushing" hasn't come in handy in the past two soul-sucking months, or that memorizing all that poetry — like Seamus Heaney's line about "the longed-for tidal wave of justice" — was a bad idea. "God's gift to me was my stuttering," he has said. Imagine, if you can after these impulse control-bereft past four years, a president who thinks before speaking. Sounds like God's gift to us.

"As a kid, the first time I saw myself reflected back to me was through the character of 'stuttering Ken' in the film 'A Fish Called Wanda,'" recalls Jordan Scott. "I remember it was a Sunday morning and I was eating oatmeal with my dad when the movie came on. It was the first time I heard or saw anyone else stutter. In 'stuttering Ken' I saw myself. In 'stuttering Ken' I saw how others must see me; and I was a bumbling and weak fool; constantly bullied, wounded and maimed. I was the punchline." But now, he says, "If I was that stuttering kid today, I'd turn on the TV and see Joe Biden."