Best of 2020: I tried to call my mother to say goodbye 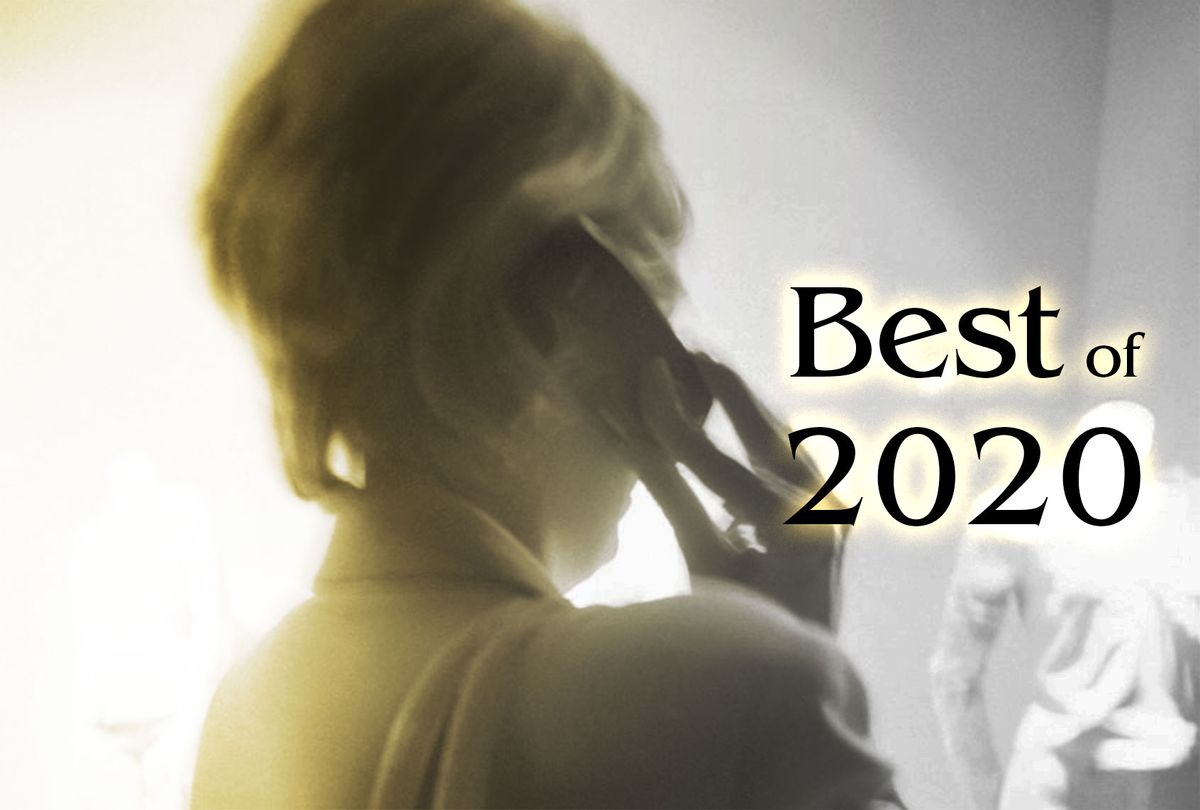 This essay was originally published in Salon on March 28, 2020. We're revisiting Salon's Best Life Stories of 2020 now through the end of the year. Read more Best of 2020 here.

It's still sinking in that I'll never hear my mother's voice again. Of course, I haven't heard it in a long time already.

Of the myriad ethical conundrums the coronavirus pandemic keeps presenting us daily, one there seems no guidance for yet is what all of us who are estranged from our families are supposed to do now. My father left before I was born. I have met him a handful of times in my life. I have no idea how he and his wife might be doing in all of this, or even quite how to find him. I haven't seen my mother in nearly a decade, and I've barely spoken to her over the past 15 years. I have spent most of my life as an orphan, one who just happens to have two living parents. I had made my peace with that. Then the virus hit.

Mom was an expert in the art of social distancing well ahead of the curve. When I was growing up, her displeasure — not just at me, by the way, but anyone who failed her unspoken tests — always manifested in icy silences. As an adult, I learned to accept that any perceived slight would be met with a period of abruptly canceled visits and unanswered phone calls. Usually they'd last a few months, followed by a warm, out of the blue communication, as if no time at all had passed or no grudge had ever been held.

But as the years went by and I started raising my own family, those stretches became longer and longer. The last time she checked in semi-regularly was when I was in cancer treatment. Then she stopped completely. For the last few years, when I called, the phone would just ring and ring until I gave up, defeated. There were no more birthday calls for my daughters. She did however send a note to my mother-in-law, saying she would no longer be sending her a Christmas card. I was being punished for something, and so was everyone who mattered to me as well.

I may not have understood, but I accepted her clear indications she wanted no contact. And I had to go on hope that if something serious was going on, her husband would put everything aside and tell me. A year ago, I saw a cousin at a family funeral. She said she'd spoken with my stepfather recently, and when she'd asked him about my mother — her godmother — he only said, "She's forgetful."

Over the past few weeks, as the virus has intensified, I've found myself increasingly concerned about her. So a few days ago, I dialed her number. I expected it to just keep ringing as usual. I considered that I might get through to her, though I had no playbook for what to say if I did. What I had never predicted was that my stepfather would pick up.

My mother, he explained, wasn't home. She has advanced dementia and she's in a rehab facility for a recent spill she took. The dementia had been coming for on the last few years.

I tried to reach back to the last time I talked to her and remember how she sounded. Had I noticed, had I wondered? She'd certainly been coherent. But I couldn't remember a time in my life our conversations had not been puzzling, when I might have put down the phone and not immediately tried to parse what was real.

Her dementia hadn't been the cause of our estrangement; that had been in the works my whole life. But now I saw that it helped drive that final wedge. My stepfather was candid about how hard it has been on him. He said he figured it had been none of his business if she didn't want to talk to my family and me. And he admitted that she told him she'd written me off after I had said something especially cruel to her the last time we spoke. Except that I never said it. Our supposed dramatic exchange didn't even sound real; it sounded like something from one of the daytime soap operas she used to watch before I came home from school. Her husband had believed it, unquestioningly. "She must have told me that story a hundred times," he said. I've no doubt she believed it herself before long.

I've spent a lot of time and therapy wondering how this story between my mother and me would end. If she'd reach out for reconciliation. If I would get to say goodbye. If anybody would even tell me when she died. And if I'd feel sorrow or relief when it was all over. I'm beginning to see that the answer is both. Neither nostalgia nor my mom's current state will change the past, nor make her a person who was ever suited to motherhood. But that's just the hand we were both dealt here. There's no room any more for anger or disappointment. Who would it serve? What would it change? Mostly what I feel is just a late-hour kind of forgiveness.

Families fall apart for all kinds of reasons, and even a pandemic is not an imperative for anybody to rush to fix things long broken, or change things that can't be changed. I called my mom's number because it felt like the right thing for me, knowing that every one of us has to decide what's best for our physical and mental health now. "I'm surprised you called," my stepfather said. "I love her," I answered.

Let me tell you about the woman who raised me. She was the fifth of six kids in a working class, Irish Catholic family. She was petite and pretty, in a young Shirley MacLaine way. When she was in high school, she wrote a poem about wanting to be a flight attendant. She got pregnant when she was 21. Her parents threatened to kick her out if she didn't get married, so it's not a stretch to see where she learned that maternal acceptance is a conditional thing. Her first marriage lasted all of three months. She was a good dancer. She could be really funny. She lied about things she didn't need to lie about, and sometimes she shoplifted. She loved "Magnum, P.I." She preferred the Saturday vigil mass so she could make a big breakfast on Sunday. She flirted shamelessly and with everybody. She loved doing laundry. She loved me, too, in her way. She's gone now, in every sense except the last one.

In a facility somewhere in New Jersey where residents are not allowed visitors for fear of contamination, my mother quietly passes her days. I know it's going to get worse, but right now her husband says she's relatively calm and comfortable. In her mind, I'm still a child, and her mother, who died 40 years ago, is still alive. Tom Selleck sometimes comes to visit. Outside, the virus rages, and here in New York every day brings grimmer and more frightening news. But when she looks out her window, Mom just sees her old cat playing in the grass. She is a young woman again. She has somehow pulled the trick of escaping this terror that keeps me awake in the middle of the night, worrying for my own daughters. She's safe inside her mind and her memories. And I'm happy for her.