Like 2020, "Revolution of the Daleks" is dark. The heroic Captain Jack insists "hope is still there" 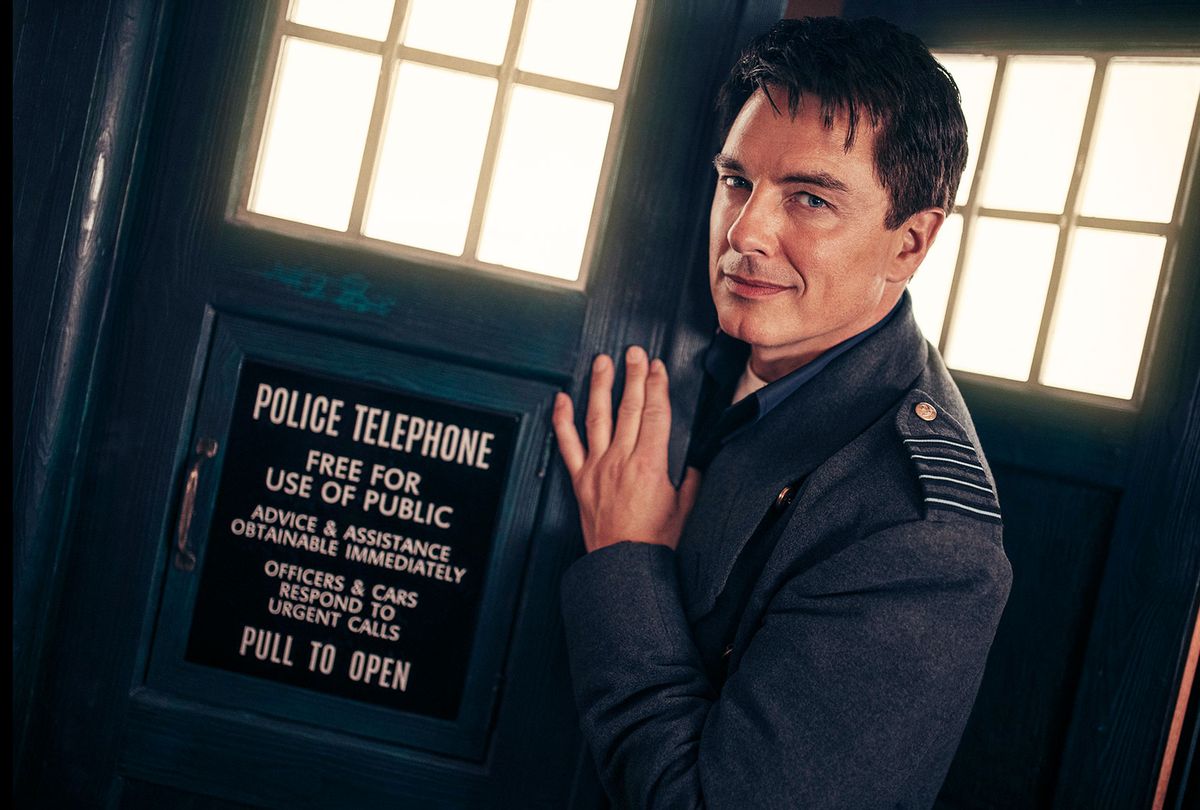 "Revolution of the Daleks" is one the darker "Doctor Who" festive specials in recent memory, for reasons that become apparent soon after it begins. This grimness is separate from the Thirteenth Doctor's current conundrum, by the way – when last we saw Thirteen (Jodie Whittaker), she was being locked away in an intergalactic prison with slim to no chance of escape. A terrible circumstance, to be sure.

In the meantime Thirteen's loyal "fam" Yaz (Mandip Gill), Ryan (Tosin Cole) and Graham (Bradley Walsh) have been waiting for her on Earth with no word of where she's gone or when she's coming back. This separation has taken its toll on each of them, some more than others. Soon enough their loneliness takes a back seat to the much larger threat involving the discovery of yet another insidious Dalek plan.

On the flipside, hope for salvation also arrives in the form of Whovian favorite Captain Jack Harkness, the dashing timeline-tripping rogue played by John Barrowman.

"Sometimes Jack comes back because Jack –  if I  may be so blunt, not that I'm an advocate – but Jack is the gunslinger that The Doctor can rely on to do some of the dirty work," Barrowman told Salon in a recent conversation. "It's almost like Jack's like a guilty pleasure, I think, to The Doctor, because although there was a period where she didn't like him, as one of the previous carnations, she has come to love him in a sense. But she also uses him as a guilty pleasure, and Jack's quite happy with that. So that's the other little naughty side to it."

That affection doesn't end with The Doctor. Barrowman is beloved among sci-fi fans in general and Whovians in particular, and based upon the expressive excitement the actor exuded during a Zoom interview he conducted from his Palm Springs home the feeling is more than mutual. At that point, which was days before Thanksgiving, I hadn't yet seen "Revolution of the Daleks," so when Barrowman observed, "Everything always seems to relate to what's happening in 'Doctor Who' to what's happening in society," there was no way to know how true that observation turned out to be.

"Doctor Who" has danced with the Daleks many times over the decades, including in Thirteen's first festive special, 2019's "Resolution." But this apocalyptic battle begins as the product of a sinister marriage of draconian politics, corporate greed and the Faustian bargain hidden within promises of "security." BBC America has asked previewers to reveal as few specifics about it as possible.

Indeed, the plotline's accidental relevance to 2020's ground-shifting events is mind-reeling, especially when one considers that production on this special wrapped in late 2019. That's before the pandemic, before the worldwide marches for civil rights and justice, before a highly toxic presidential election in America. "Revolution of the Daleks" would seem to be a response to all that if we didn't know that series creator Chris Chibnall wrote the script more than a year ago.

Gill, who chatted with Salon in a separate interview, said she looked back on the script from the perspective of having lived through 2020 with a bit of shock. If we were only to consider the plot point regarding The Doctor's imprisonment being viewed by an audience that has been self-quarantining, "they're going to relate to this episode way more than they would have done prior to this pandemic," she says. "We've spent so long away from families and friend because everyone's had to. If we spent two months away from our families in everyday life prior to the pandemic, it was because everyone was busy."

"Now," she adds, "we're being told to stay inside, we're wanting to see people, which is not unlike having things taken away from us. Which is what's happened to Yaz. Like everyone now, Yaz has had her life taken away from her."

Barrowman's been with the franchise since the Chris Eccleston era, and for him the story's coincidental relevance is nothing new. "A lot of things that have happened within 'Doctor Who' and also with 'Torchwood,' I have to say, in a way predicts something that's coming.  When [Russell T. Davies] was showrunner, I'm like, 'How do you know this?' Also with Chibnall: 'How do you guys know this s**t's going to happen?'  We had no idea any of it was going to happen because obviously this was filmed pre-COVID."

Even so, "Doctor Who" is considered family entertainment, which may be one of the reasons that the series is not often granted the same of gravitas as other genre TV titles. When I bring that up to Barrowman, citing "Star Trek" and the Ronald Moore revival of "Battlestar Galactica as examples, he points out a key difference between those shows and "Doctor Who." "They all have political and social stuff that they write into their storylines, but you know what? All of that stuff's already happened." He then jokes, "Maybe someone in the show actually can go to the future. I'm being silly, but you know what I mean? I agree with you on that. It doesn't get the credit that it should."

One element that's not up for debate is the show's deft way of appealing to how its audience is feeling in the here and now, in a year that has left millions around the world feeling psychologically taxed and emotionally exhausted. "Revolution of the Daleks" brings Yaz together with Jack, and in one remarkable scene he helps her deal with her overwhelming anxiety –  something she has in common with many of us. Yaz lives with mental health issues, and The Doctor's disappearance affects her acutely. "I feel like it's Jack's character that gives her hope and reassurance that it's okay not to be okay," Gill said.

Ultimately the objective of any "Doctor Who" holiday special is to entertain and in some way leave viewers feeling a bit better. Many of them mark significant change in the Time Lord's universe; the same is true of this one. Barrowman hopes that this episode reminds people about what believes is extraordinary about "Doctor Who," that its hero accepts strong-willed and good misfits into their life without question.

"I want you to make sure that this is presented as a positive word, misfits," he said. "People who are different and people who are unique, The Doctor brings them into the TARDIS with open arms. And that was why the show means so much to me. That's why there's a joy behind it, because we're all part of something that is greater than ourselves."

Barrowman added, "I hope that by the time this comes, people have learned that we have to make certain sacrifices to move forward, to make things better. Because again, when people see this episode, they'll see that when they come onto the TARDIS, it's not about self. It's about family and unity. It's about protection and helping others. And I hope that when they see this episode, they'll see the sacrifices that these characters are making, but yet the love is still there. The strength is still there. The hope is still there."