"Cobra Kai," "Surviving Death" and Nicolas Cage on swearing: Everything coming to Netflix in January

Along with those delights, Netflix also hosts intriguing documentaries on minimalism and meditation this month 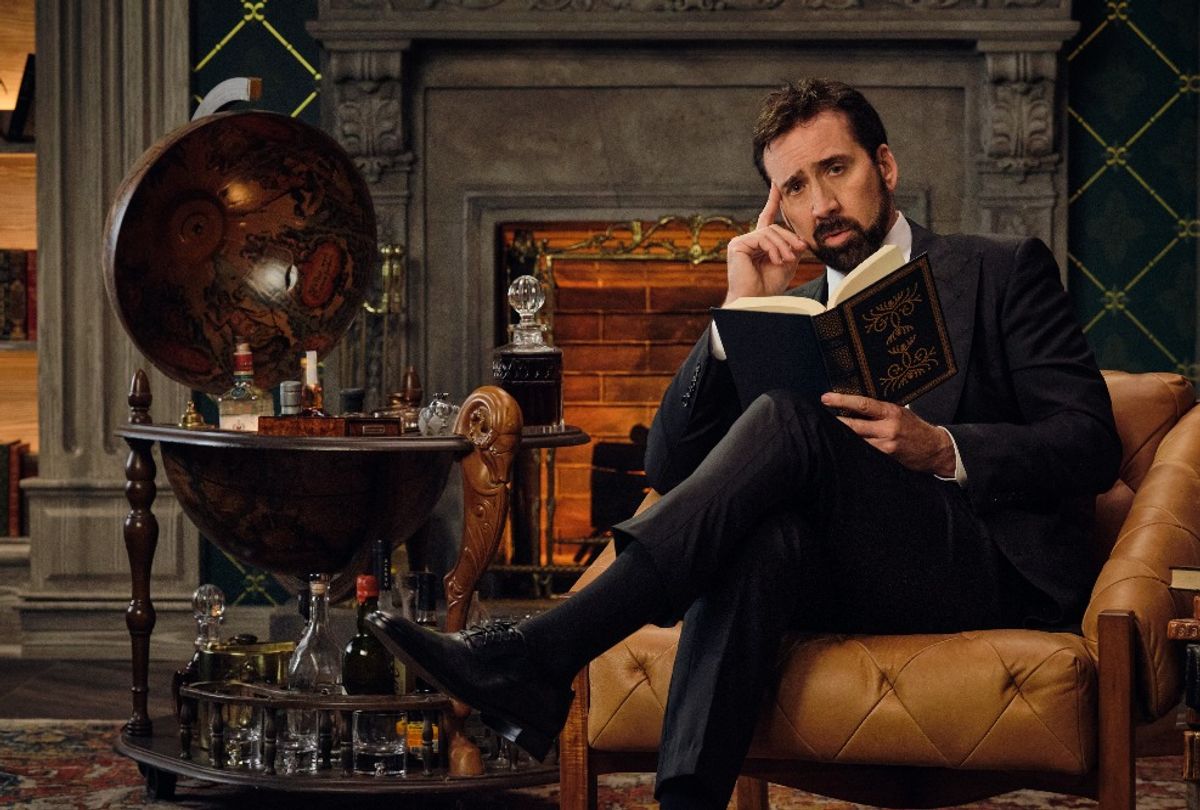 There are some fantastic documentaries and docuseries coming to Netflix in January focused on teaching viewers new skills or information, like "Headspace Guide to Meditation," "The Minimalists: Less Is Now," "History of Swear Words" and "Surviving Death."

If you're looking for something a little less grounded in reality, there are a number of fantasy and fiction series coming to the platform this month.

I'm personally looking forward to the third series of "Disenchantment," which stars "Broad City" co-creator Abbi Jacobson as the voice of Princess Bean, daughter to King Zøg, Dreamland's patriarchal ruler (John DiMaggio). "Last Tango in Halifax" is a deeply human and pretty feel-good British import about Alan Buttershaw and Celia Dawson, two 70-something widowed people. In sweet rom-com style the two find each other after their respective grandsons put their profiles online and they reconnect and rekindle the feelings they had for each other decades earlier; the fourth season comes to Netflix this month.

"Jurassic World: Camp Cretaceous" skews a little younger, but it's a fun animated addition to the Jurassic Park extended universe.

The second season of "Cobra Kai," which takes place 30 years after the events of the 1984 All Valley Karate Tournament,  left off on an incredibly dramatic note as the brawl between the high school members of Daniel LaRusso (Ralph Macchio) and Johnny Lawrence's (William Zabka) dojos left Miguel (Xolo Maridueña) in critical condition.

In the wake of the tragedy, Daniel searches for answers in his past while Johnny seeks redemption, and a chance at a better relationship with his son. However, the soul of the Valley hangs in the balance as Kreese (Martin Kove) continues to manipulate his vulnerable students. It remains to be seen which students — and which sensei — will emerge victorious.

It's been a deeply stressful year, but "Headspace Guide to Meditation," which is hosted by Andy Puddicombe —a former Buddhist monk and co-founder of the globally beloved Headspace meditation app — is here to take viewers through eight different mindfulness techniques. Each 20-minute, animated episode focuses on various subjects, such as stress, sleep and letting go, before ending with a guided meditation.

This hour-long documentary focuses on Joshua Fields Miillburn and Ryan Nicodemus, otherwise known as "The Minimalists." The pair — who also starred in the 2016 Netflix documentary "Minimalism" — have built a movement out of minimalism, branching into audio, blogging and books. In this film, they share with viewers how "our lives can be better with less."

"F**k", "Sh*t", "B*tch", "D**k", "Pu**y", and "Damn": These four- and five-letter words are the subjects of this new, unscripted Netflix docuseries, which is hosted by Nicolas Cage. In each episode, Cage — alongside stars like DeRay Davis, Nikki Glaser and Nick Offerman — learns about the history, linguistic development and cultural impact of swearing.

This six-episode docuseries deeply considers one big question: "Is there an afterlife?" Director and executive producer Ricki Stern — known for her work on "Reversing Roe," and "Joan River: A Piece of Work" —  brings to life "Surviving Death," the best-selling book by journalist Leslie Kean. Weaving together innovative new research with firsthand accounts from those who've been close to—and even experienced—death, the series takes viewers on an extraordinary journey into a world beyond human existence as we know it.

Omar Sy stars as Assane Diop, a character inspired by the French story of thief Arsène Lupin and determined to do what it takes to find justice for his now-dead father. Other stars include Hervé Pierre, Nicole Garcia, Clotilde Hesme, Ludivine Sagnier, Antoine Gouy, Shirine Boutella and Soufiane Guerrab.

This 10-episode French series is a collaboration between George Kay and François Uzan.

Writer and humorist Fran Lebowitz, who is now 70, sits down with Martin Scorsese to offer up her "guide book" to New York City, covering "subjects ranging from tourists, money, subways, and the arts to the not-so-simple act of walking in Times Square."

From award-winning filmmaker Stanley Nelson, whose past documentaries include "Freedom Riders" and "The Murder of Emmett Till," "CRACK: Cocaine, Corruption & Conspiracy" traces the ongoing marginalization of people of color trapped by the U.S. prison and healthcare systems back to the 1980s crack epidemic.

Nelson examines the origin of the drug, the systemic racism tied to the crisis, and the personal devastation caused by cocaine.

"Night Stalker: The Hunt for a Serial Killer," Jan. 13

"Outside the Wire," which is directed by Mikael Håfström, centers on Harp (Damson Idris), a futuristic drone pilot who is sent into a deadly militarized zone. He finds himself working for Leo (Anthony Mackie), an android officer, tasked to locate a doomsday device before the insurgents do.

Penguin Bloom tells the true story of Sam Bloom (Naomi Watts), a young mother whose world is turned upside down after a near-fatal accident leaves her unable to walk. She and her family find hope and solace in caring for an injured magpie chick while struggling to adjust to their new collective reality.

"The Dig" stars Carey Mulligan, Ralph Fiennes and Lily James and is a fictionalized account of the  (pardon the pun) groundbreaking 1939 excavation at Sutton Hoo in Suffolk, England, where archaeologists found a completely undisturbed Anglo-Saxon ship that was buried and filled with a wealth of artifacts.

Here is everything that is coming to Netflix this month:

Jan. 13
"An Imperfect Murder"
"Night Stalker: The Hunt for a Serial Killer"