Are holiday gift cards a boon or a trap for struggling restaurants? Owners say it's both

Some restaurant owners have crafted an ingenious scheme: Convince customers to wait on redeeming gift cards 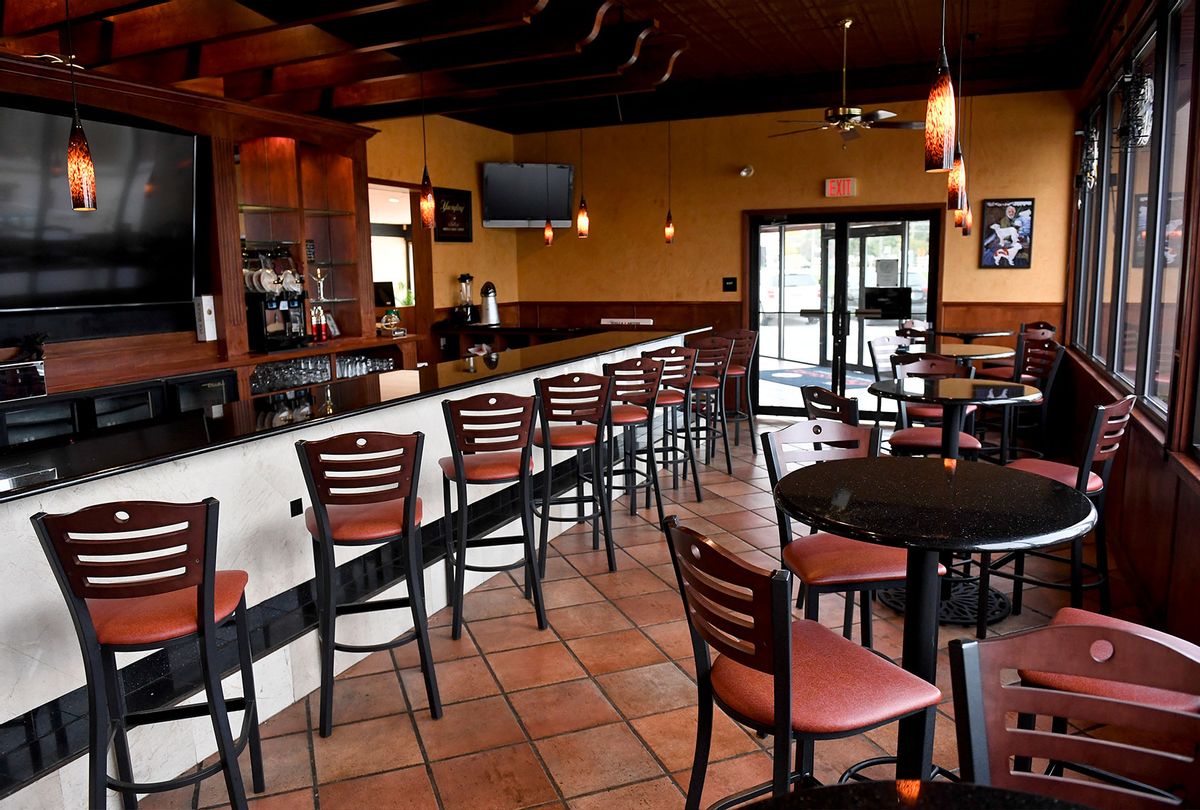 In March, at the start of the pandemic, it seemed like everyone (myself included) was buying up gift cards for their favorite restaurants. It was a way to invest in local businesses while their kitchens were either closed or restricted in the services they could provide.

As Mother Jones reported, those purchases were never going to be enough to "save" the restaurant industry — that is going to take a major government bailout, as well as tax and rent relief — but they were a "way of sending a restaurant a micro-loan and a gesture of good will." The idea at the time was that many customers wouldn't redeem those gift cards once normalcy returned.

As we now know, almost no one truly comprehended how long the pandemic would last. Now, surviving independent restaurants are facing January, which traditionally marks the beginning of a "dead season," even in typical years. Coming off months of holiday spending and indulgent food, customers are (in normal-ish circumstances) newly resolute about financial responsibility and cooking at home more often; the restaurant industry suffers at least a moderate hit as a result.

That can often creep into February and March, said AuCo Lai, chef de cuisine at Barn8 Restaurant and Bourbon Bar in Goshen, Kentucky, about 20 miles from downtown Louisville.

"People tend to think that because we have New Year's and Valentine's Day, that it's going to be super busy, but it's not. Those are just two single days out of two months," she said. "Valentine's Day actually tends to function at a loss for most restaurants because we try to put on a really beautiful show with an exciting menu. It's a special occasion that folks save up for, but sometimes there's not enough money left after their meal to leave a decent tip, or they end up going with a smaller option to create a longer and more memorable experience. So the money that comes in is not as great as you would think."

This period also coincides with an increase in customers using the gift cards and certificates that they received over the holidays (market research shows that most people tend to redeem them within 180 days, if they use them at all).

Usually, that's fine, said Lai. In most years, restaurants can handle the balancing act that is navigating stagnant profits and preparing meals that were paid for weeks or months in advance, meaning no cash on the day of service. But this hasn't been anything like a typical year.

In September, the National Restaurant Association released a survey showing that nearly one in six American restaurants — a total of 100,000 — have closed permanently or long-term due to the restrictions on service that were enacted to stop the spread of the coronavirus. Nearly 3 million industry employees are still out of work and the industry is on track to lose $240 billion in sales for the year.

With that in mind, what would it mean for already struggling restaurants if people began redeeming their gift cards come January? Should customers hold off if they want their favorite restaurants to survive, during a season that is always notoriously slow?

Chefs and restaurant owners say it's a matter of timing. Some are finding innovative solutions in preparation for the new year.

"Gift cards, to me, are always a complicated thing," Lai said. "In small bursts, it always helps out restaurants. [Right after the purchase], it's income, and there's not necessarily money that's going out because it hasn't been redeemed yet. Once it's redeemed, it's credit."

Lai said she's watched customers who purchased gift cards for Barn8, which opened right before the start of the pandemic, redeem them and then return to the restaurant over and over again. That's an ideal situation. But in this precarious moment, every meal paid for with a gift card credit feels a little bit like a gamble.

"Hopefully they will return and continue to spend money with us," Lai said. "But at the same time, it's like, OK, we basically have to give away this product for 'free' and this labor for 'free' right now because they've bought this credit already."

Larger independent restaurants like Barn8 have more of a buffer, Lai said, but everyone is experiencing budget challenges right now.

As a result, some restaurant owners and chefs, like Edward Lee, are trying to find ways to incentivize customers for holding off on redeeming their restaurant credit. Lee is a Brooklyn-born chef and restaurateur who owns four restaurants in Louisville and Washington, D.C., where he is currently based.

"All restaurants are hurting right now, and while a boost in sales from gift cards is valuable, business is not going to look much different in January and February," said Lee. "So having a lot of customers redeeming their gift cards in the first few months of 2021 could actually hurt a restaurant more, since those first few months are traditionally the slowest times of the year."

To get ahead of this, Lee launched a "restaurant bonds" program for his upscale restaurant 610 Magnolia. The bond is an ingenious hybrid of a gift certificate and savings bond: The longer a customer holds onto it, the more the value increases, up to an additional 50% rise in value if they wait until October 2021.

"We sell a ton of gift cards every December and typically most of them get redeemed in January and February, which is fine, but in this pandemic year, that model would not work for most restaurants," Lee said. "I still want to sell gift cards, but I needed a better model, because we're strapped for cash and having the gift cards redeemed too soon would hurt our business."

Lee said he was inspired by the idea of old-fashioned war bonds.

"I mimicked the concept but just made it sensible for the restaurant industry," he said. "While we might not be at war, for independent restaurants this is a desperate time, and I thought this might resonate with both restaurant owners and customers."

According to Lee, more than 100 restaurant owners from across the country have reached out to him for more information about the program, and many are planning to implement it in their own businesses. "I hope we can all make it through the next few months," he said.

For customers whose favorite restaurants aren't implementing a bond system, Lai said they should still feel comfortable using the gift cards in their wallets — but, if possible, she encouraged them to spread out their gift-card spending across multiple visits or orders.

"Maybe don't put your entire check on that gift card. Save the remaining balance for another visit," Lai said. "Or if you can, consider matching the amount on the card — if your card is for $20, try to spend an additional $20. It can make a difference."